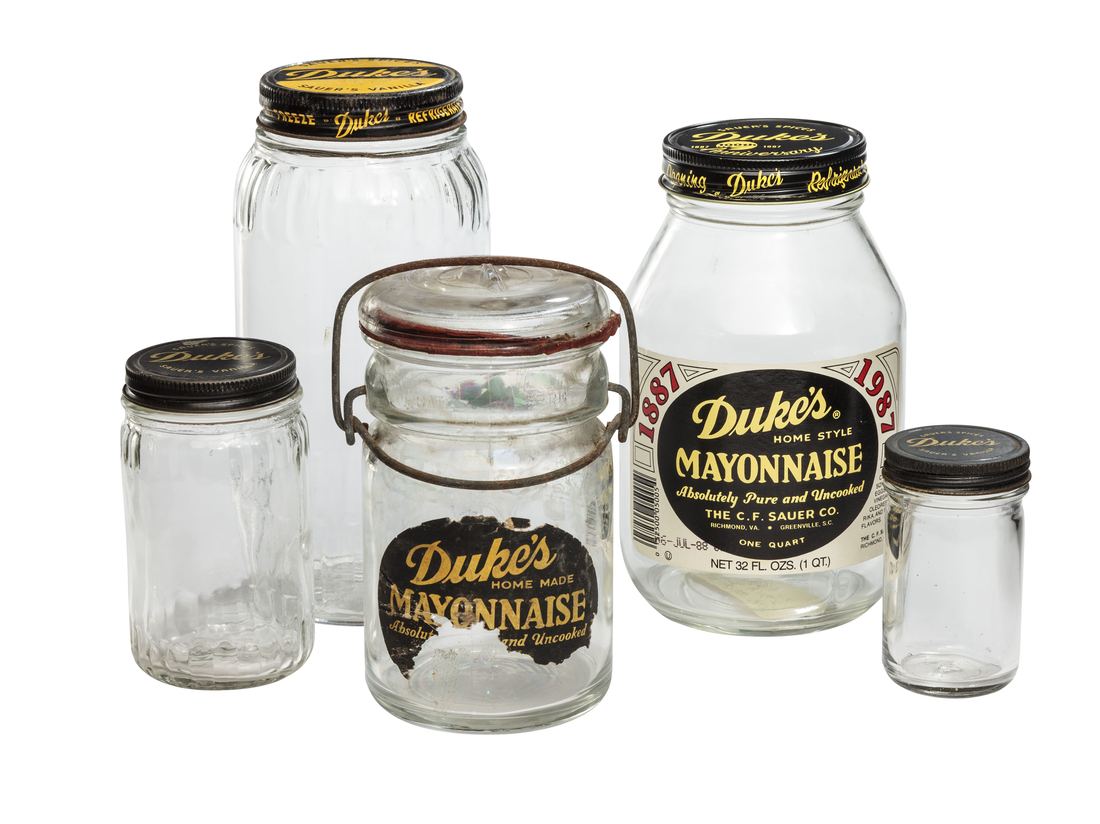 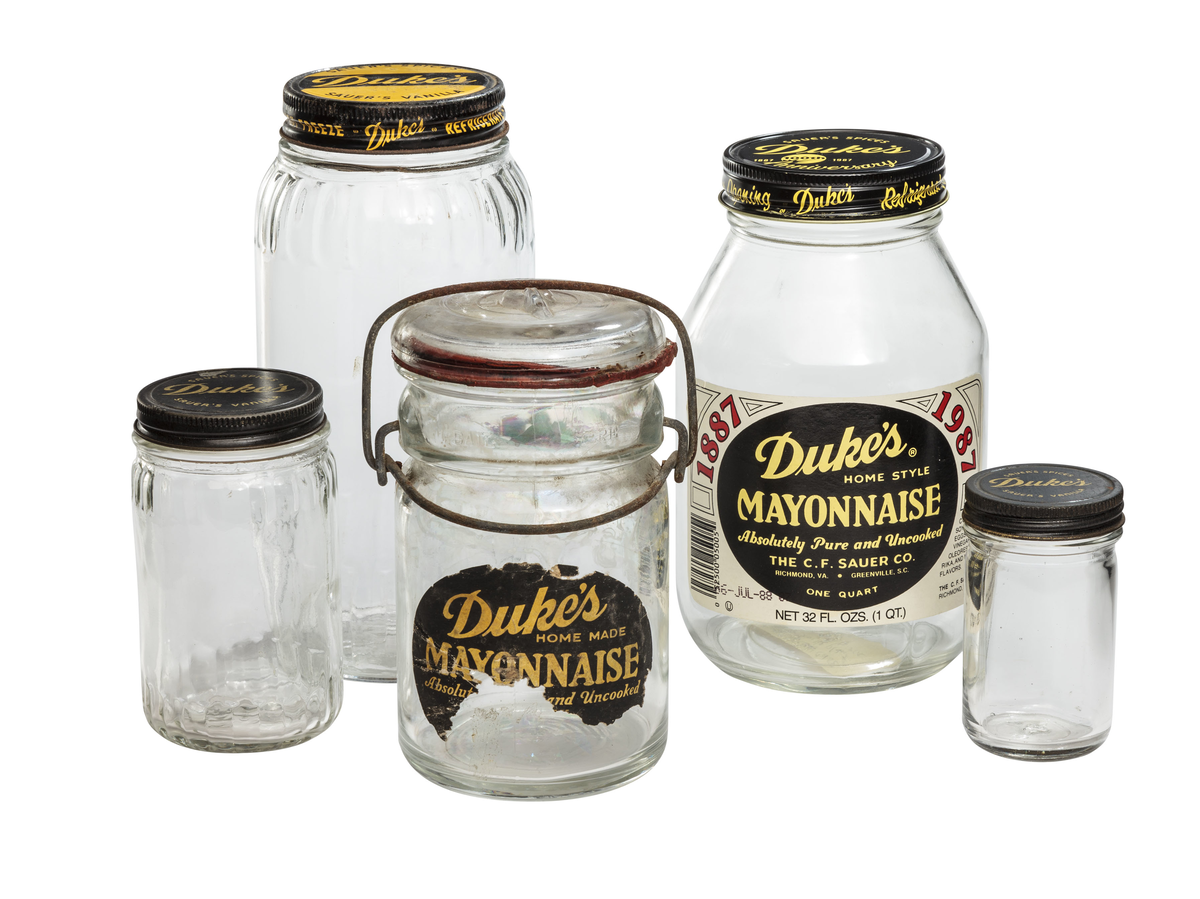 Duke’s mayo jars like these have become collectors’ items.

Peek into the walk-in refrigerators of the most lauded restaurants in the country, and you will likely find just one store-bought ingredient: Duke’s Mayonnaise. But what most people don’t know is that the company was founded by a Southern woman at a time when many women like her didn’t run businesses.

“We make everything from scratch at Rhubarb,” says John Fleer, a five-time finalist for a James Beard Award and the chef and owner of the farm-to-table restaurant Rhubarb in Asheville, N.C. “Duke’s is one of the few packaged items we use, but we use the heck out of it,” he says. And he’s pretty serious about his affection for the condiment. “I don’t associate with chefs that don’t use it. Or else, I enlighten them,” he adds with a smile.

Fleer and many other professional chefs are not ashamed to admit that their own fresh-whisked mayonnaise can’t compete with the magic found in a bottle of Duke’s. As the cult of Duke’s has racked up converts, and begun to expand beyond its original territory in America’s Deep South, even the yellow-capped jars themselves have become treasured collector’s items, serving as wedding centerpieces and cremation urns.

Unlike most other mass-produced mayonnaise, Duke’s contains no sugar. This gives it the signature tang that has kept both chefs and home cooks raving about it since the company was founded over 100 years ago. “When they teach you how to make mayonnaise in culinary school, they are essentially teaching you how to make Duke’s,” says Fleer. “It has the right balance of richness and acidity.”

But while the taste of Duke’s mayonnaise has become well-known, many people probably don’t know the story of how it was created. 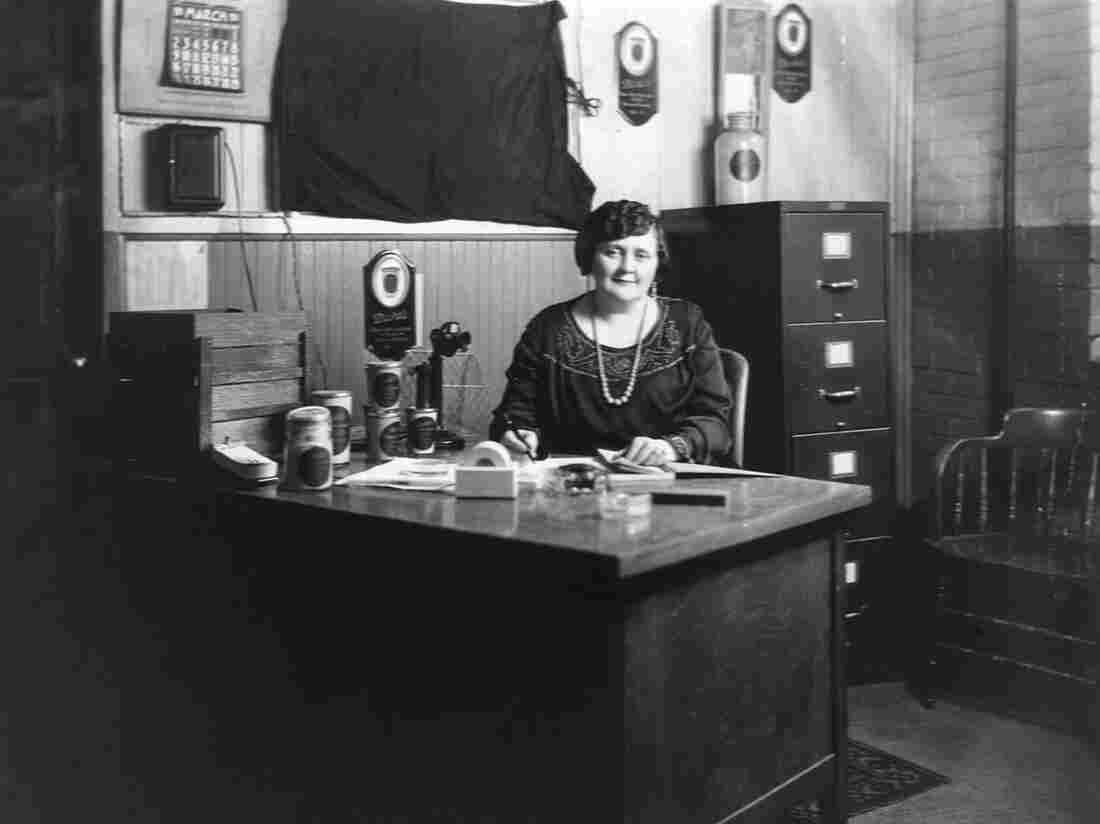 Housewife Eugenia Duke started making sandwiches for soldiers during World War I out of her Greenville, S.C. home, and eventually created a mayonnaise empire. The C.F. Sauer Company hide caption 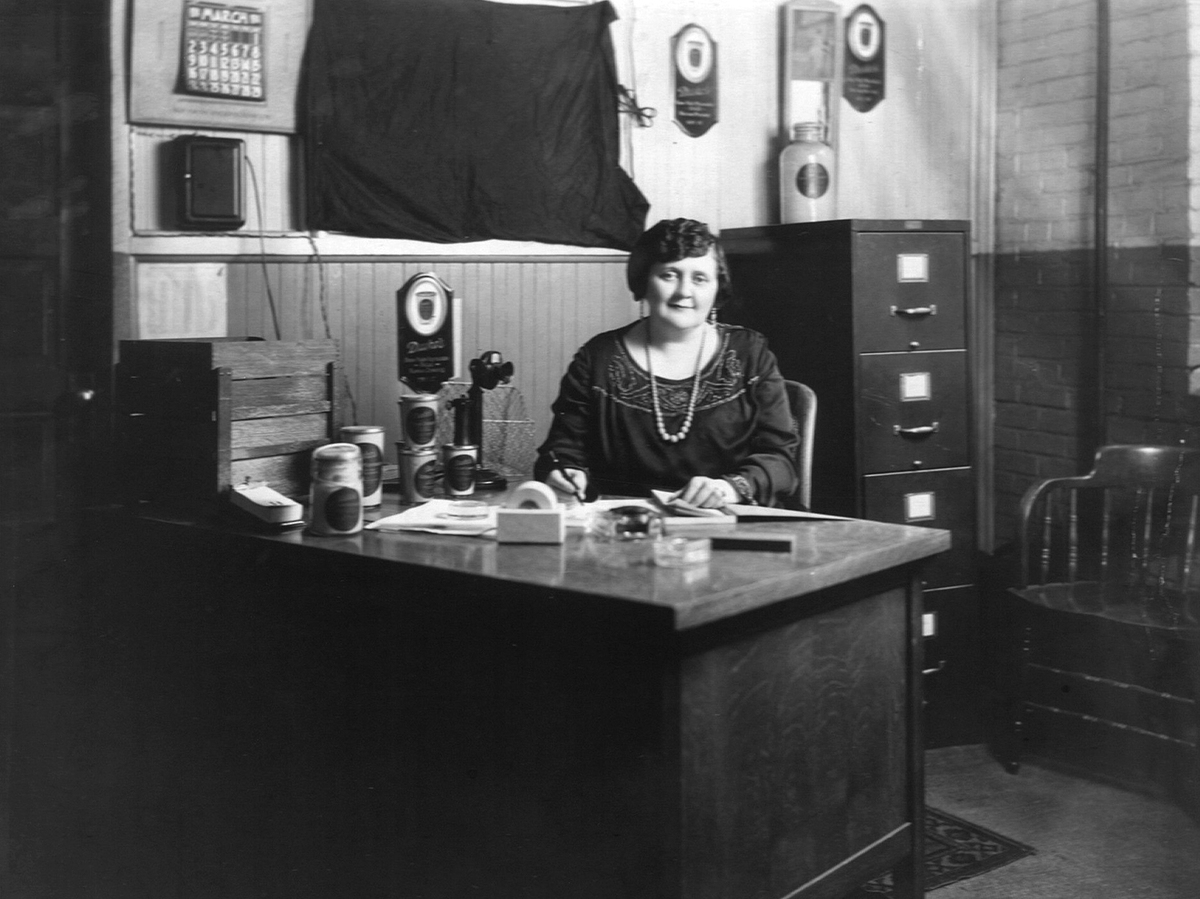 Housewife Eugenia Duke started making sandwiches for soldiers during World War I out of her Greenville, S.C. home, and eventually created a mayonnaise empire.

The culinary genius behind this mayo is an unlikely one: Eugenia Thomas Slade Duke of Greenville, South Carolina — a self-described housewife who became an entrepreneur and a manufacturing tycoon. Duke was just 18 in 1900 when she married Harry Cuthbert Duke and moved to a rented house in Greenville, according to records compiled for an exhibit honoring Duke at the Upcountry History Museum in South Carolina.

By 1917, the United States had just entered World War I, and Eugenia Duke was determined to help with the war effort. She had no formal training, but she knew how to make a mean sandwich. So she and her daughter Martha turned their small rental house kitchen into a sandwich-making line, turning out the classics like egg salad, chicken salad, and pimento cheese. They sold the sandwiches for 10 cents a piece to the infantryman at nearby Camp Sevier, one of the last stops for soldiers before they were shipped overseas.

With many of the men away fighting or training, Duke’s first sales force was nearly all female. Word about the Dukes’ sandwiches quickly spread, and when the war ended, Eugenia Duke began selling her sandwiches at drugstores. Local lore claims she sold 10,000 sandwiches in one day in the spring of 1919.

By 1923, Eugenia Duke had built a booming sandwich business, but she was struggling to keep up with demand. Her top salesman, C.D. Boyd, suggested that, while her sandwiches were delicious, it was really her mayonnaise that made them irresistible. Realizing that it would be more profitable to distribute jarred mayonnaise than fresh-made sandwiches, Duke did something surprising for a woman of the era: she decided to make the leap from homegrown entrepreneur to manufacturer, explains Bill Donahue, director of marketing until 2017 at Duke Brands.

That same year, she launched the Duke’s Mayonnaise company and opened one of the first manufacturing facilities in downtown Greenville. During this time, Duke’s stature in the community skyrocketed. “She was a presence in downtown Greenville and active in women’s rights and a socialite,” says Donahue.

Duke loved parties and events, and she was known for wearing big hats and a string of pearls, no matter the occasion. She was also incredibly business-savvy — she struck a deal with the Ottaray Hotel, one of the first fashionable hotels in downtown Greenville, to host women’s tea parties in the lobby. As the most influential women in Greenville enjoyed a quiet afternoon of sipping tea and catching up, they nibbled on finger sandwiches, made, of course, with Duke’s Mayonnaise.

Duke was also active in public life. She was involved in the push to pass the 19th amendment, granting women the right to vote in 1920. Yet, she was modest about her success. In the same year that she was finally able to cast a ballot, Duke listed her occupation as “none” on the 1920 census, even though her sandwich business had been thriving for nearly three years.

By 1929, Duke’s Mayonnaise was thriving, yet demand was still outpacing what the Greenville factory could produce. When The C.F. Sauer Company, a family-owned spice producer based in Richmond, Virginia, approached Duke about selling her company, she agreed. She stayed on as the mayonnaise spokesperson.

By 1950, Duke’s daughter, Martha, married and moved to California, and Duke and her husband soon joined her. Yet Eugenia couldn’t forget the thrill of entrepreneurial life, and once in California, she launched another sandwich company. She had already sold her name twice — first to C.F. Sauer and again to her bookkeeper, J. Allen Hart, who opened the Duke Sandwich Company. So she called the new business The Duchess Sandwich Company. It sold her signature sandwiches in southern California for over a decade, until Duke died at the age of 90.

Today, America’s most beloved mayonnaise is still made in Eugenia Duke’s hometown of Greenville. And Duke’s vision lives on in the thousands of yellow-capped bottles lining grocery store shelves.

And we can be grateful to Eugenia Duke that it doesn’t take any whisking to make a superb egg salad sandwich.

Maria Ribas is a literary agent and founder of cooks & books, a weekly newsletter on food, writing, and cookbooks. Jarrett Dieterle is an alcohol policy analyst and spirits writer.