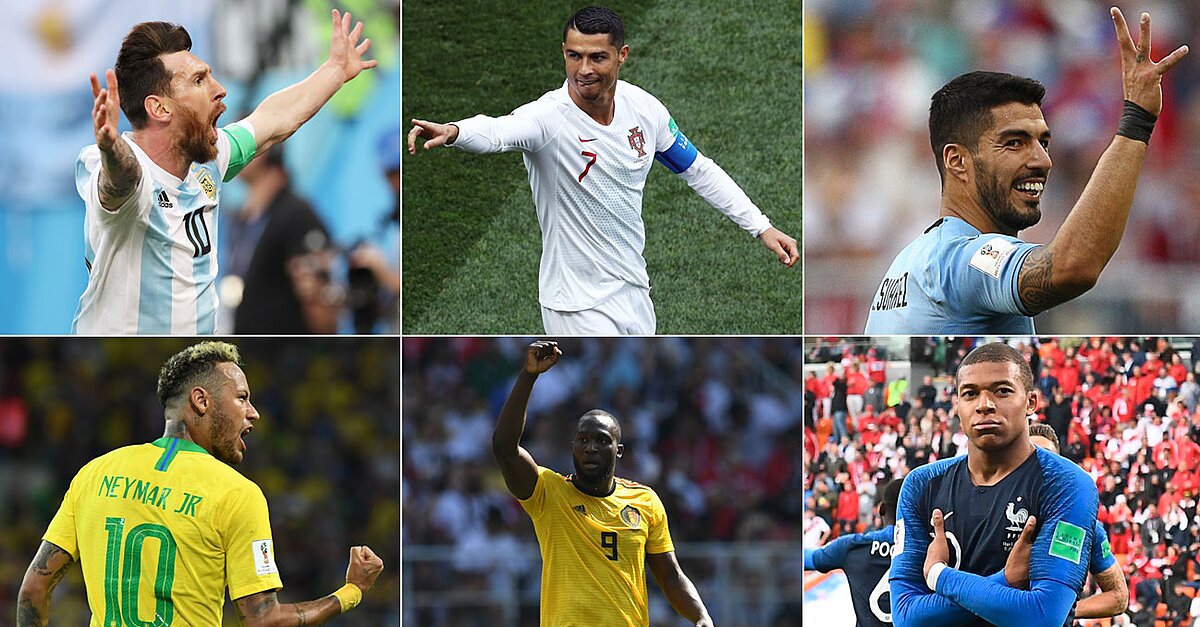 MOSCOW — There were 900 qualifiers played over the course of two and a half years. All 211 eligible nations entered. And while most of them flew countless miles and invested countless hours of preparation into producing a team that might make an impact in Russia, the host spent hundreds of billions of rubles on staging the 21st World Cup.

Four-time champion Italy, the three-time runner-up Netherlands, the USA, Chile, Ghana and other recognizable and/or entitled countries failed to get here. Those who did endured a nerve-wracking draw (plus the song-and-dance routines), then played another 48 games in 11 Russian cities this month. They scored a combined 122 goals (including 20 in the 90th minute or later and eight against themselves)—while hoping to survive video review, mosquitos, Nikolskaya Street, Diego Maradona and the fair play points tiebreaker—all to make the knockout rounds.

Because it’s in the knockouts where the World Cup really begins. It’s the next two weeks and the next 16 games that the planet will really remember. All the aforementioned work, training, travel, sweat and spending—from the East Timor-Mongolia opener in March 2015 to the card-counting snoozefest between England and Belgium Thursday in Kaliningrad—was devised to deliver this: a perfect, square, 16-team, single-elimination bracket that’ll produce a worthy world champion.

Except the first thing you notice, now that the wait is over and the bracket is finally filled, is how imperfect it looks. The most honest way to display it would be to tilt it toward the left, such is the apparent imbalance of star power and combined championship credentials. It’s so pronounced, that even tournament participants noticed. Both Belgium coach Roberto Martinez and England’s Gareth Southgate had to address questions concerning their interest in winning Thursday’s game, and therefore Group G, when it meant a spot in the left half of death.

Neither would ever admit to “trying” to lose a match, of course, but neither fielded anything close to their full-strength teams.

The bracket is the outcome of a series of coincidental and unexpected results. Germany became the fourth reigning champion in the past five World Cups to crash out in the group stage. So there went one presumed right-half heavyweight.

Argentina didn’t get its act together until the third game, and therefore finished second behind Croatia. To the left go the Albiceleste. Poland’s gaming of the FIFA ranking helped them earn a seed instead of Spain, and that meant either Group B’s La Roja or Portugal would wind up playing Luis Súarez and Uruguay in the round-of-16. Hello, Cristiano. Add Brazil and France to the left-half mix—they’re arguably the tournament’s most talented teams on paper— and along with Belgium’s golden generation, you get World Cup Thunderdome.

Pedigree and perspective contribute significantly to the buzz about the bracket. Cinderellas don’t win World Cups. The “bigger” the team, the higher the hurdle. And each round in the left half is a pole vault. National teams compete for three senior honors—the World Cup, the Confederations Cup and their respective continental championship. So let’s count the titles. The teams on the left—Uruguay, Portugal, France, Argentina, Brazil, Mexico, Belgium and Japan—have won a combined 72 such trophies. The right side—Spain, Russia, Croatia, Denmark, Sweden, Switzerland, Colombia and England—have nine.

The star power has gathered on the left as well, as Ronaldo, Suárez, Neymar and Lionel Messi lead the way. The last time a player on the bracket’s right finished in the top three of FIFA player of the year voting was 2012 (Andrés Iniesta). Over the past five years, eight left-side players have made FIFA’s FIFPro World 11, compared to just three on the right. Or don’t consider such statistics. After Spain, Croatia’s midfield and the likes of Harry Kane, Christian Eriksen and James Rodríguez (if fit), the right side’s Q rating simply doesn’t come close to the left. There, Paul Pogba, Antoine Griezmann, Edinson Cavani, Philippe Coutinho, Javier Hernández, Sergio Agüero, Eden Hazard and Romelu Lukaku are the second-tier stars.

Brazil-Mexico will captivate the Western Hemisphere. France-Argentina is the sort of game you get in the semis, not Saturday in the last 16. A potential Messi-Ronaldo quarterfinal looms. Meanwhile, on the right, either Switzerland or Sweden will be one win over Colombia, or one of the most modest England teams we’ve seen, from the final four. Spain’s second-round opponent, Russia, is ranked 70th in the world and advanced thanks to wins over a couple of not-ready-for-prime-time opponents. And Croatia, while extremely talented, hasn’t won a knockout-round match at the World Cup since finishing third 20 years ago. The right just doesn’t have the left’s heft.

That doesn’t mean it can’t produce a champion, however. A similar situation, ironically, unfolded just two summers ago at Euro 2016. From one half came France, which survived a bracket that also included Germany, Italy, Spain and England. Fellow finalist Portugal’s half featured the likes of Wales, Poland, Northern Ireland and Hungary. And of course it was Ronaldo and Co. who lifted the trophy outside Paris.

A potential Spain-Croatia quarterfinal could be a classic. And Colombia-England in the last 16 will be an intriguing clash of style and personality. Maybe one of those teams will win it all. Perhaps they’re more likely to thanks to the gauntlet on the left. But it wasn’t the right side that teams have been asked about avoiding here in Russia. After so many games and such a long wait, the survivor certainly will deserve their reward.