Group D will be the one to watch for the neutrals, with these two sides being joined by Argentina and Iceland. The South American side are the favourites to win the group, but have been in poor form leading up to the tournament, with little to choose between the other three sides.

Nigeria are technically the weakest side in that they entered the group from Pot 4, but they have plenty of recognisable talent in the ranks. Croatia will be hoping to take an early lead in the group so they can go into the fixture with Argentina only needing a draw.

As the underdogs, Nigeria have it all to play for and will likely make things difficult for the Eastern European side. With Iceland representing the dark horses of the group, both sides should go for the victory here making for an excellent fixture to kick off the group.

Croatia will be lead into the tournament by relatively unknown manager Zlatko Dalic. A Croatian national, the former defensive midfield player has some experience with the national side as head coach of the Under-21 squad assistant manager. Since leaving the role in 2011, Dalić took charge of several sides in the Saudi and United Arab Emirates leagues where he earned his reputation. He only took charge of the Croatian national team last year, but has amassed a respectable 57% win rate with the side so far.

Nigeria also have a native manager in charge of the side with Salisu Yusuf in charge of the Super Eagles. Yusuf took charge of three sides in the Nigerian Premier League before being appointed national team manager in 2016. He has overseen some impressive results with Nigeria, including a dominant qualifying display in which they topped a group containing a talented Cameroonian side.

For Croatia it was undoubtedly the 1998 World Cup in France, it was the first time they entered a World Cup as the nation of Croatia and it was a huge success. Inspired by national hero Davor Suker, Croatia got out of their group, before beating Romania and Germany on route to the semi-finals. Croatia were defeated in the semis by eventual winner France but emerged victorious against Holland in the third-place playoff final. 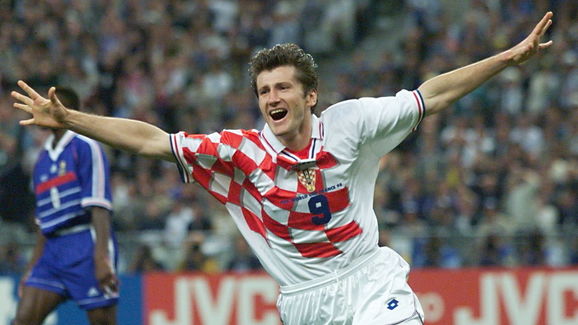 Nigeria have never been past the round of 16 in the World Cup, reaching that stage three times. The pick of the bunch came in the 1994 USA tournament when Nigeria won their close group at the expense of this summer’s opponents Argentina.

It was a harsh draw for the Super Eagles in the next round, coming up against eventual runners-up Italy. Nigeria took the then three-time world champions to extra time though, which was the closest they’ve ever come to the quarter-finals. This will be the first group game for either side so they will both have a full strength squad available to them. Amongst the pick of the bunch for Croatia are Real Madrid pair Luka Modric and Mateo Kovacic, Barcelona midfielder Ivan Rakitic and Juventus striker Mario Mandzukic.

Nigeria will have their own array of stars at their disposal though with Chelsea winger Victor Moses, Arsenal forward Alex Iwobi and long-standing captain John Obi Mikel.

Both teams look better going forward than back, with Liverpool defender Dejan Lovren probably the pick of the two back lines. This is likely to add to what promises to be an excellent neutral encounter, as both sides will hope to get off to a winning start. The two attacking forces pushing against each other are likely to cancel each other out and there’ll be all eyes on the other group fixture, with plenty of work to do as they leave a point apiece.