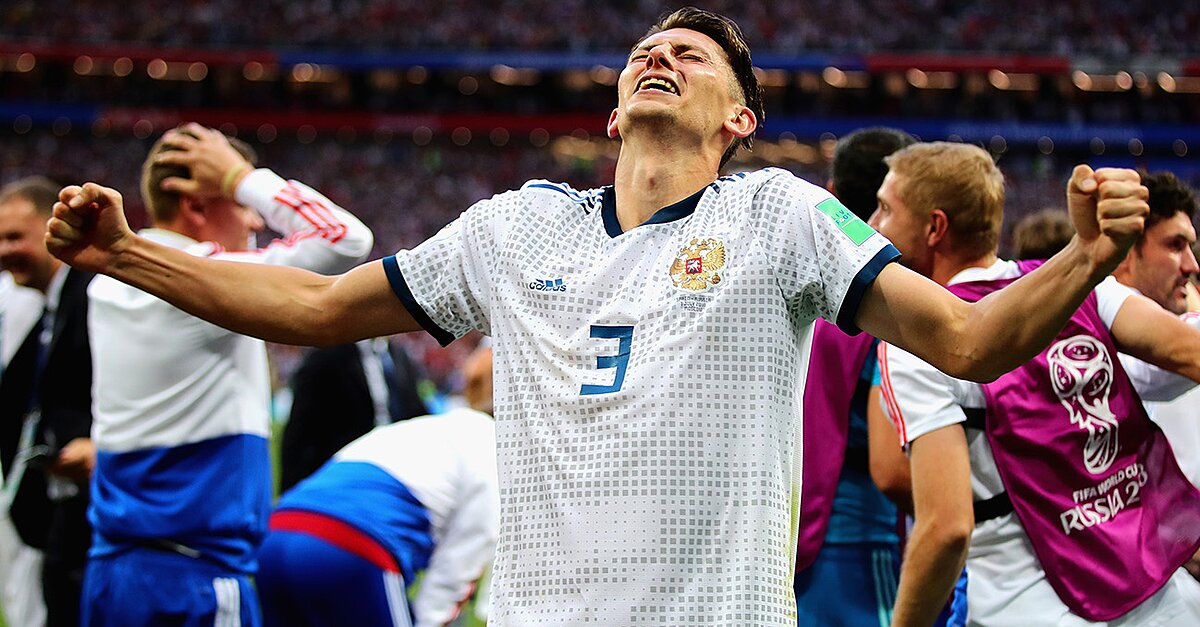 Russia bunkered down for 120 minutes and managed to continue its stunning run through the World Cup with a gutsy win—in penalties—over Spain. Does this loss for Spain mark the death of tiki-taka?

We had two great games that went to penalties Sunday and we got one massive result with Russia knocking Spain out of the World Cup and Croatia narrowly evaded an exit of its own by squeezing past Denmark. Does Russia’s gutsy win over Spain mean the death of tiki-taka and just how surprising is this run by the Russians? We break it down on the last World Cup Daily Podcast.

Here’s a selection of the latest episode, which can also be listened to in its entirety in the podcast console above:

BRIAN STRAUS: Russia’s going to the quarterfinals. I remember we talked and I said something a few shows ago about the polarity of the sports world being reversed and now even more so. Sitting there, watching this unfold and watching Spain pass and pass and cut and try to sap the will to live from Russia by keeping the ball and it was actually the reverse that was happening. And it was remarkable.

GRANT WAHL: (laughs) I’ll give you an idea of where I am. You’re outside Luzhniki Stadium, I am in my usual spot in Red Square, outside, which is why you can hear all the Russian fans celebrating as they’re walking on the bridge just outside me here. It’s something special when a home team goes deep into a World Cup, no matter where you are.

The last time I really felt this was in South Korea in 2002, when they got to the semifinals. Whenever they won in that tournament, especially in the knockout rounds against Italy and Spain, the whole country felt like one giant party and that’s kinda how it feels like right here. For ordinary Russians, this is kinda a very cool moment in their fandom for their country.

BS: Yeah, and again we’ve said this before but we can’t overstate it enough, they were expecting to be humiliated. They were guarding themselves against being absolutely humiliated in this tournament. This is a team that hadn’t won in eight months. This is a team that was the lowest-ranked team in the tournament. They had one or two recognizable names. This was a low point in the history of Russian football, that this World Cup was happening. So for them to have had progressed this far, and now playing Croatia, Croatia is very good but Croatia is—I was writing but out of the corner of my eye watching a chunk of that game, they looked pretty pedestrian for significant chunks of that game. So you’re now talking about a game that, look, if they can handle Spain and by handle I mean survive by the skin of their teeth, if they can manage that game, then they’ll think they can manage the next one too. And it’s absolutely crazy.

What Russia did today, obviously anyone who thought playing eleven behind the ball, basically a block of five and a block of five, and then to withstand and the patience you have of an opponent just knocking it around and knocking it around and trying to probe and trying to find a space in between the lines. Trying to knock the ball in behind. Trying to set up a combination. You can’t shut off for a second. One mistake, one glance the wrong direction and you’ve lost your guys. The amount of concentration it takes to do what they did is absolutely insane. And they did it for 120 minutes.

And so it was kinda the death of tiki-taka tonight. Spain did not have the dynamism. Spain did not have the creativity. They did not have the change of pace. So often when you see these teams—Barcelona, Spain, whatever—kinda knock the ball around, then that explosion, that quick spark that puts the defense in disarray. That was not there tonight. Diego Costa was a mannequin and Fernando Hierro said afterward, the way we played, trends adapt, tactics adapt. The world has adapted to us and it’s turning a page in a new era for Spain.