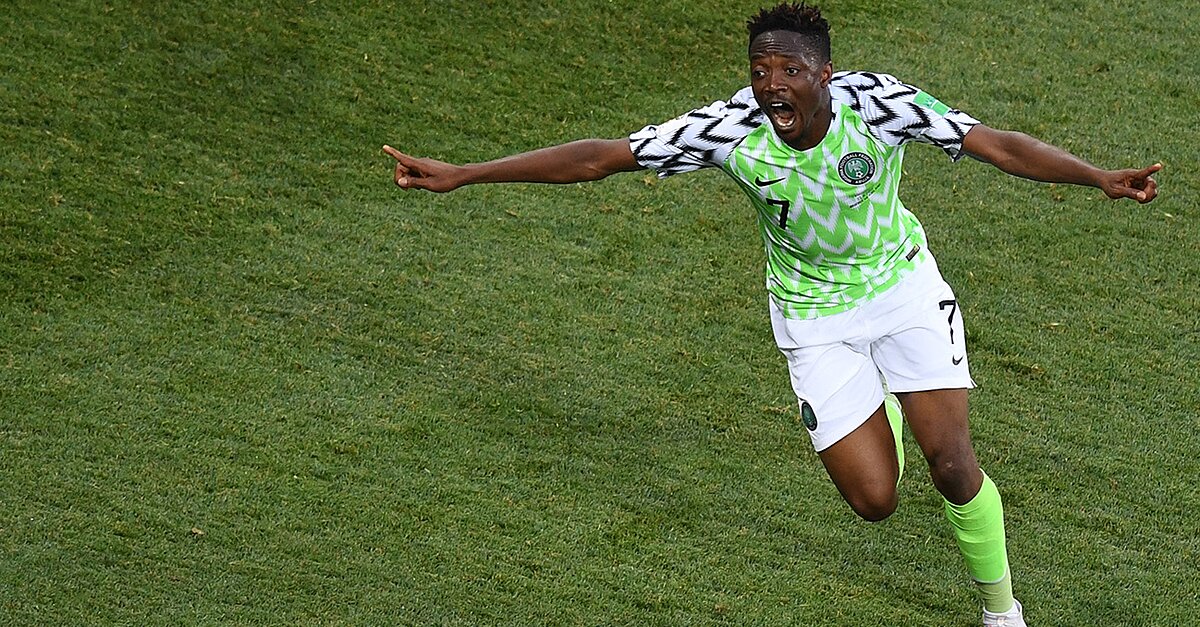 Ahmed Musa led Nigeria to a big win over Iceland—its first win of the 2018 World Cup—and has left the door open for plenty of interesting results as we near the final day of play in Group D.

Ahmed Musa scored two great goals to lead Nigeria to a huge win over Iceland, giving another African team in the World Cup a win. After Argentina’s struggles through the first two games and Croatia’s dominance, Group D suddenly looks wide open heading into the final day of play for all four teams on June 26. We talk about how good Nigeria looked Friday, Musa’s goals and what Nigeria’s win means for Argentina.

Here’s a selection of episode nine, which can be listened to in its entirety in the podcast console above:

GRANT WAHL: Well, a game today, Nigeria-2, Iceland-0 has a big impact on those Argentines in Group D because, as a result, Argentina still has a path to get out of this group and every team in Group D is still alive heading into the final game. Croatia has already advanced. Nigeria looked really good today and Ahmed Musa gets both goals. I was disappointed in Iceland and their performance today. I thought they just didn’t bring much to the table in terms of an attack. Gylfi Sigurdsson missed a penalty late that could have made it an exciting final 10 minutes. And I thought their backline was exposed by the speed and skill, especially of Musa, who didn’t even start the first game for Nigeria and makes me wonder why that wasn’t the case against Croatia.

BRIAN STRAUS: Yeah, that touch on that goal and that finish was spectacular. It was hard to watch that game and not sort of compare Nigeria’s kind of, I don’t know what the word is, just vigor that they had, for lack of a better word, with the comatose Argentines and just how plodding and predictable they were. Nigeria, they try things, they have some enterprise, they have some spirit, they have some skill and they’re willing to fail in order to succeed. And they did in that counter that led to Musa’s winning goal that was just spectacular and they deserved to win, I agree.

GW: Just the technical skill required for the first touch that Musa had to then stop that ball with sort of a jab of his foot and then have the patience to wait for …

GW: … to hit the ground before he shot it, slammed it into the net, might be, for me, technically the most impressive goal of this tournament.

BS: I don’t disagree. And interesting that he is a guy who, while on the books at Leicester City, played at CSKA Moscow for a few years and then went back on loan. … So yeah, some Russian comfort for Musa and a big win. And another win—at last—for an African team so we could potentially have two African teams, Senegal and Nigeria, now on the threshold of moving on if another result goes their way.

GW: I do think it’s gonna be a crazy set of simultaneous games in Group D, just because you have Nigeria-Argentina and, right now, I think Nigeria should be favored heading into that game just from the way they played today and how poor the Argentines have been.