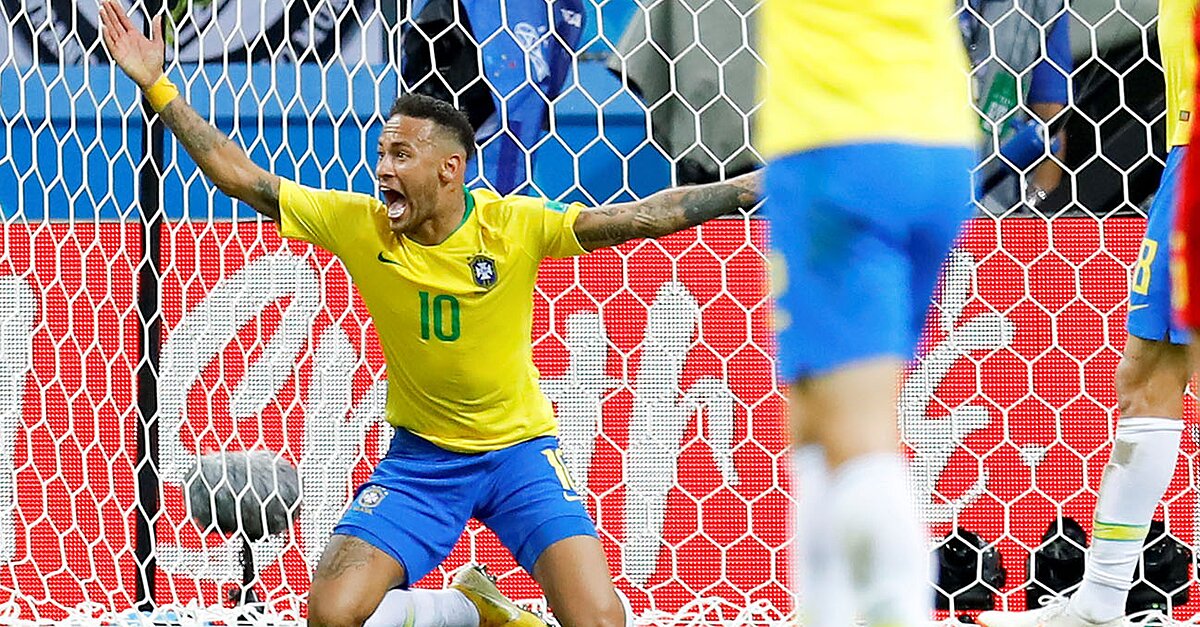 Both Uruguay and Brazil lost Friday, meaning that there are no longer any South American teams in the World Cup and that France and Belgium will meet in the semifinals. We talk about the frenetic last 20 minutes of Belgium’s win over Brazil, how good Thibaut Courtois was and if Neymar’s antics during the competition have tainted how good he was in Russia.

We discuss that and more in our latest World Cup Daily podcast. Listen to the full episode below, and be sure to subscribe to our podcast on iTunes to hear each episode throughout the 2018 World Cup.

GRANT WAHL: I wanna talk about Brazil-Belgium because there are no South American teams left in this World Cup. Neymar is out, so all the truly biggest international stars, individually, are out. And I think Belgium deserved this. Do you?

BRIAN STRAUS: Yeah, I do too. … So I had to stumble around a new city I’m not familiar with to find a spot to watch the game. I walked in just as Belgium was scoring its second goal on the De Bruyne shot so it took me awhile to get into the game but, obviously, the second half was just edge-of-your-seat stuff. And watching Brazil try to find a way to pick that lock, give themselves false hope with the Augusto goal and then see Neymar get saved, Coutinho blow a wide-open look. I was thinking to myself, would you lose like this or would you rather just lose 7-1?

BS: Would you rather it just be over after half an hour and you can just come to terms with it? I mean that was absolute agony. And then, of course, at the very end, the karmic moment where Neymar flies through the air in the penalty area. It did look like he got poked in the eye a little bit but he was never going to get that call. It was just never going to happen for him. And it was just a real visceral way to see this clash of the titans end. It was a remarkable game.

GW: There was also a terrific save by Thibaut Courtois on Neymar very late in this game that helped save it for Belgium. You mentioned the chance that Coutinho had. Augusto had another chance not long after they had gotten their first goal that—he was wide open!—and inexplicably hit it wide. I just felt like the goal was gonna come for Brazil and it never did.

BS: I kinda felt like it wasn’t gonna come.

BS: No reason, just watching. First of all, the way Brazilians touch the ball has always been remarkable to me and this is apropos of nothing, I just want to say this. Like you can tell. If a guy’s not wearing the uniform and you don’t know who he is, the way Brazilians receive the ball, it just looks different. And I can’t explain how, it’s like how I knew Henderson was gonna miss his penalty. It just looks different and you’re just gonna have to accept it—not you, Grant. But yeah, it was just something about they seemed frantic. You knew Courtois was gonna make a save, he seemed in command, he wasn’t giving up any rebounds. And Belgium was just so dangerous on the other end. Hazard today was just … and even though the final product sometimes was lacking, like he’d blow through like three or four players and then sort of hit an inexplicably bad pass and sort of retired at that point. Even still, he was a magnet for the ball. His read for the game was just world class and there was just something about Belgium being just as dangerous when the ball was going to the other end that made me feel like they had things in control and I can’t explain that but that’s the way it went down.

GW: … I wonder how people are going to look back at this Neymar World Cup as well. I think it’s unfortunate that some of his play-acting, which continued tonight, by the way, when he tried to draw a penalty with no contact from Fellani in the box. And then, weirdly, the referee made the signal that he was going to go to the VAR and then Neymar said no, let’s get the ball back in play because I think he realized that maybe if he looked at the VAR, Neymar was going to get a yellow that was going to cause him to get suspended for the next game. It was a hilarious, comical situation.

BS: Well there were a few times where he would take a—he didn’t do as much rolling and flailing tonight. He’s also such a wonderful player. He’s so dangerous and so explosive and so slick and he was the danger man tonight for Brazil. He was the one pulling the strings for Brazil. It’ll go down as, I don’t know how it’ll go down. He went out in the quarters and, to be honest, to be blunt, I don’t know if those are the teams that are remembered that much.

GW: Certainly not in Brazil.

BS: … This is where the line is and I don’t know if Neymar’s World Cup will be remembered. And he’s got two tough ones on his resume now. Obviously, we all know what happened four years ago, so. He plays a mean “Chariots of Fire” on the piano though, I want to give him that.

GW: Good to know. I think he had some good moments on the field in this tournament that are going to be obscured by the overacting and I hope he gets it out of his game soon. Sooner rather than later.