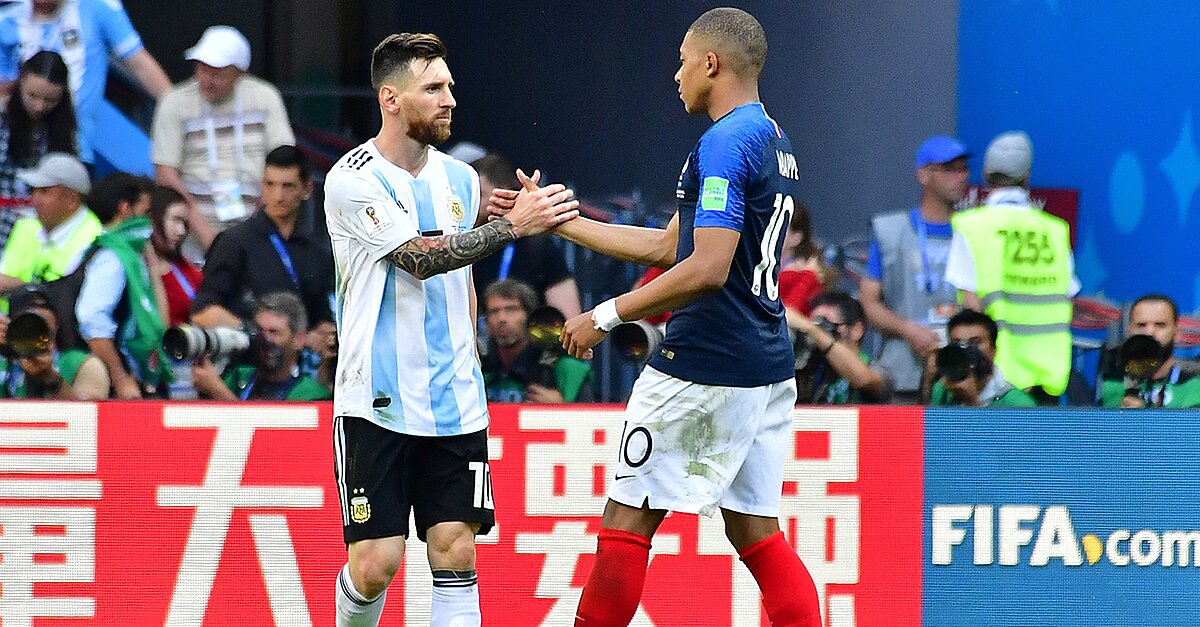 Both Argentina and Portugal were knocked out of the World Cup on Saturday—and with them, two players who are considered among the greatest of all-time—as France and Uruguay, respectively, won their games and moved on to the quarterfinals. With France’s incredible attacking display against Argentina, should it now be considered one of the favorites to win the tournament?

Here’s a selection of the latest episode, which can also be listened to in its entirety in the podcast console above:

GRANT WAHL: So Lionel Messi is out. Cristiano Ronaldo is out and, to be honest, they deserve to be out. They were beaten by better teams. France 4, Argentina 3. Uruguay 2, Portugal 1. And this was a pretty clear case, to me, of team beats superstar.

BS: Yes, big names on flawed teams. How many men on Argentina would start for France? Messi and maybe Deschamps would kind of like take Aguero, because (Jorge) Sampaoli didn’t really seem to want to use him that much anyway. But otherwise, I mean, France was a far superior team and I’m surprised they yielded three goals today, to be honest. But obviously, the whole world will be talking about Kylian Mbappe and what a performance that was. And then Uruguay yeah, just down the spine so good. The Pepe header was the first goal they gave up in this tournament. But Ronaldo and Messi got shut out. Ronaldo and Messi, neither one of them have ever scored a goal in a World Cup knockout round game so I guess they’re both just big chokers.

BS: It’s a joke, everyone! And the right teams won and France and Uruguay will meet in the quarterfinal in Nizhny.

GW: A game that I can’t wait for actually and I think Uruguay has a good shot to win. In fact, I predicted Uruguay to beat France before the tournament in the quarterfinal. But part of that’s because the France that we saw today, when they are going, I really do believe they have the highest ceiling of any team in the tournament. When they are clicking, they click better than anybody else.

BS: Yeah! And that’s why I picked them to win the World Cup. And up until today, they just looked turgid and dull and maybe they needed someone to come at them a little bit. Maybe they needed a little bit more flow to a game to see France at their best and obviously, there will be things about today that they’ll want to correct. But certainly the most lively we’ve seen them. The most enterprising we’ve seen them. And that was kind of what I was hoping for when I picked them to win the whole thing.

GW: I mean, if I were France early in the second half, when you’re down 2-1 suddenly, I think my reaction would have been, “I can’t believe I’m losing this game.” Because they were terrific in the first half and then Di Maria gets the equalizer simply because, great shot for one, and two, nobody from France seemed to want to defend him.

BS: Well yeah, that’s how players like Messi make an impact even when they’re not scoring goals, right? Because every defender on the field has got one eye on Messi. But you also say you know what, if God can hit a 30-yard shot into the corner, bless him. But yes, they’ll have wanted to have done a better job closing that down but that was also an incredible strike, topped only by the law of physics-bashing/defying/mocking goal by Benjamin Pavard, who is not a player I had even heard of before the World Cup. Have you slowed that down?

You’ve got all the Fox—you’re on the Starship Enterprise ridge there—like slow that down to like a ball rotation per second and figure out how the hell he did that. What an amazing shot that was. Goal of the tournament, easily for me. … That was ridiculous. But France’s response, and like I said, even though I picked them, I’ve also written about and even sort of joked a little bit about, yeah, but they could just decide they hate each other or go on strike. Like there’s always something about this team or there’s a nervousness about this team that they don’t have the intangibles.