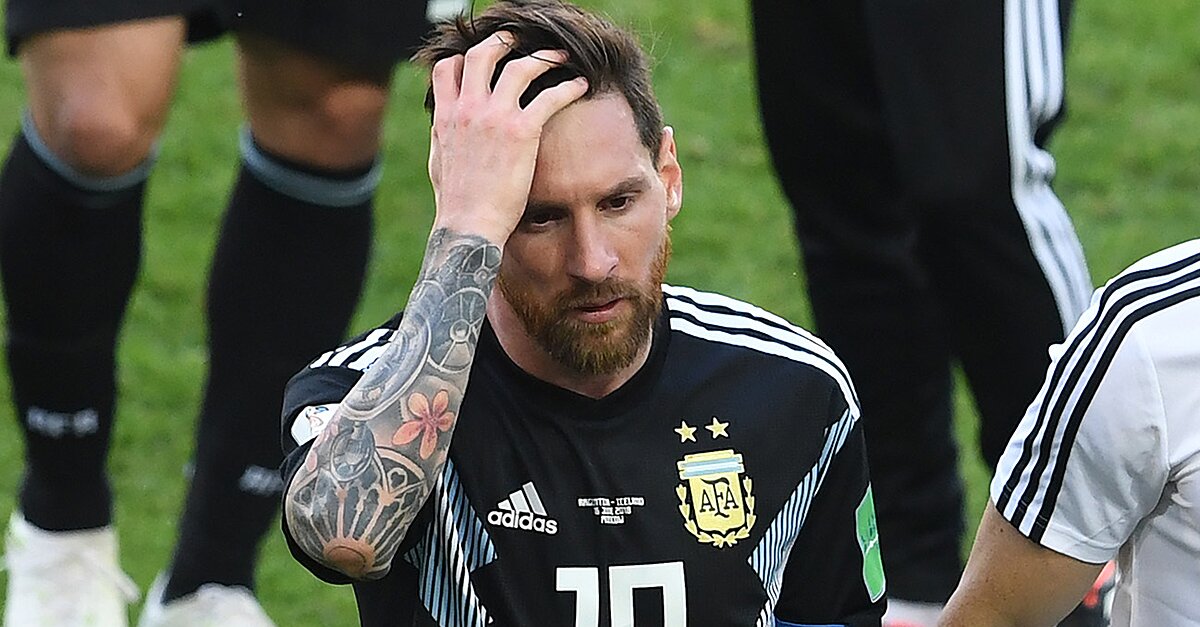 After starting off the tournament with a disappointing draw to Iceland, Argentina is now in must-win mode with its next game coming against Croatia on Thursday. We discuss Argentina’s lineup for Thursday’s game and if Lionel Messi will be able to step up after missing a potentially decisive penalty against Iceland.

Here’s a selection of episode seven, which can be listened to in its entirety in the podcast console above:

GRANT WAHL: So let’s talk about Argentina-Croatia, that’s what you’re out there for. To me, this is a huge game because you’ve got Argentina with one point from their first game against Iceland, really needing a victory here against a Croatia team that was very veteran, very no drama in beating Nigeria two-nothing. And a great Croatian midfield with Luka Modric, with Ivan Rakitic, with Ivan Perisic and a veteran group that honestly I think could give Argentina some trouble here.

BRIAN STRAUS: Rakitic and Modric are obviously very familiar with Messi from La Liga, Rakitic is his teammate. So they’re not going to see anything from Argentina’s best player that bewilders or beguiles. In my focus group of one on the train over, I was asking an Argentine guy, a Boca fan, sort of how he felt about things. And he, you know, maybe he’s speaking for others or maybe it’s just him but he said, “You know, I’m not too worried. You know, we didn’t really wake up against Iceland, maybe we’ll wake up against Croatia. This is when the event and the pressure and the spotlight really sort of starts for us and we’ll wake up in this game.” So it sounds to me like this has the must-win game feel. This has “the World Cup is really starting today” and the tie against Iceland is only a disaster if they don’t follow it up with three points against Croatia. That was the sense I got from him.

I hope they stick with Aguero. I think he’s a player that is really creative and dynamic and I think he adds a dimension to Argentina that Higuain doesn’t just with his movement and his vision and his ability to maybe interchange a little bit with Messi. So I hope they stick with that and I think they can assume that Croatia is not going to play with essentially nine players occupying a 10×10, you know, the penalty spot to the top of the arc. That they’re going to have a little bit more room against Croatia than they did against Iceland. Croatia is going to want to have some of the ball, they’re going to look to feed Mandzukic and play a little bit more proactively than Iceland did. So I’m really looking forward to it, I think it’s going to be a great game. These are two teams that are capable of going far in the tournament. Two pedigree soccer nations with big names. So I’m feeling it. This is what Germany-Mexico felt like. You’re seeing a big game between two teams in this weird city so it’s gonna be good.

GS: We’ve had two days of sort of this World Cup taking a breath. And I think we’re due for a really intense game between Argentina and Croatia. And I think we’re going to get it because I think both teams are going to be willing to have a more open game, you know? Croatia certainly isn’t going to sit back. Argentina’s not gonna sit back. I just saw actually, from Martina Revolo, Argentine journalist, the XI for Argentina and I’m surprised that it doesn’t include Pavon, the Boca Juniors winger who came on against Iceland and created some real danger.

I thought he might get into the starting lineup but what we’re looking at here is a 3-4-3. Backline: Mercado, Otamendi, Tagliafico. A four-man midfield of Salvio, Mascherano, Enzo Perez and Acuna. And then three up front: Meza, Messi, Aguero. And I get why they’re going to switch to a three-man backline and a four-man midfield just because Croatia’s midfield is so good but yeah, I’m surprised Pavon is not in the starting lineup. I’m still a little mystified that Argentina can’t have a better midfield and backline and if this is indeed correct—and I think it is because we tend to find out Argentina’s lineups pretty well in advance—no Di Maria, no Dybala.

BS: Yeah, I like Di Maria. I think he’s a good player. I like wingers but Argentina is not good enough in the air to really make a lot of the work that Di Maria does on the left side count. So I’m not shocked to see him come out. And maybe this gets Messi a little bit closer to goal. It’s just been Argentina’s Achilles’ heel for quite awhile now that Messi has to come deep to get the ball and that he can’t pass to himself. So you’d think Aguero can do some of that work but it just doesn’t work against Iceland. Iceland just clogged the middle too much.

So maybe this gets Messi a little bit closer to goal. This is more interesting in a way than the tactics for me, is Messi’s temperament, Messi’s ability to sort of handle the pressure and the moment. Obviously, we saw him miss the penalty. We saw him tear his armband off. Maybe that’s exaggerating, [he took] it off quickly. We saw that sort of same spaced out, bewildered look as he left the field that we’ve seen so many times in an Argentina jersey. We’ve, of course, seen Ronaldo do what he does again, we’ve seen his intangibles. His ability to rise to the occasion. This is a massive, massive game for Messi, this is big for their World Cup.

And because it’s big for their World Cup, it’s big for his career, his legacy, everything he wants to accomplish in an Argentina shirt. It seems like he wears a burden when he plays for this team so much, there’s going to be a burden tomorrow and I’m really really interested to just watch his body language, see how he handles the game and if he gets frustrated, see if he’s communicating and combining with his teammates. I don’t care as much about the tactics as I do, again, of one of the great players we’ll ever see in any sport handle this momentous occasion. That’s what I’m looking forward to and probably what I’ll wind up writing about. And it’s a big test for him. Something close to a final exam in a way for his time in an Argentina shirt. And, of course, if he passes then there’s another one, but this is a big game for him.