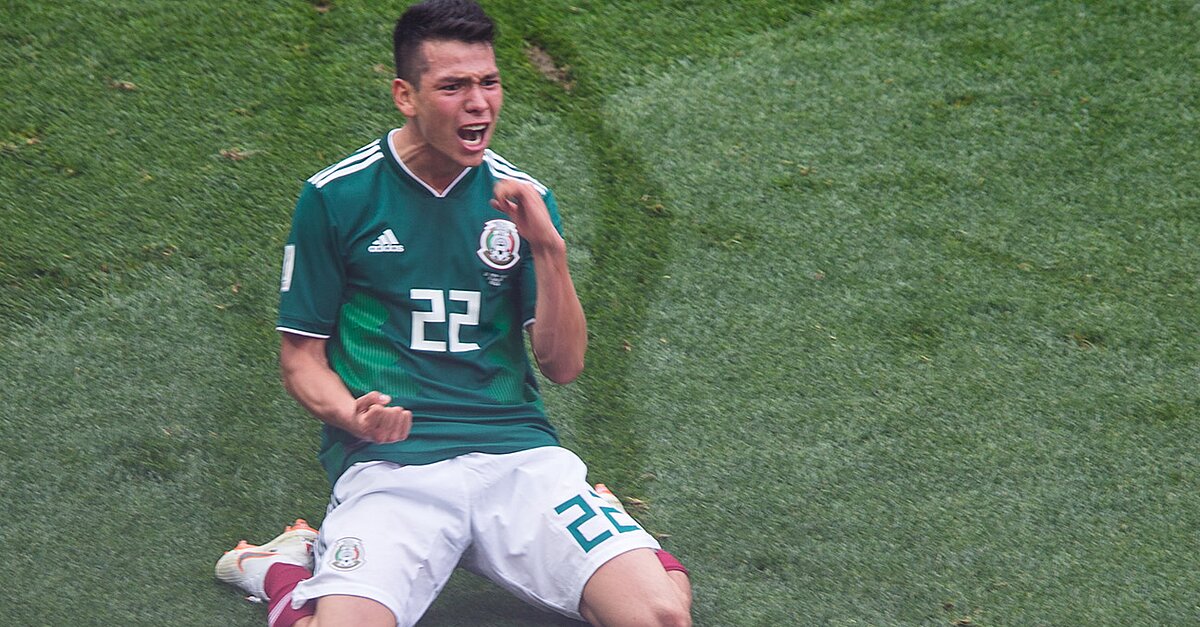 Mexico scored a massive win in its first game of the World Cup, securing a gutsy 1-0 win over Germany with Hirving ‘Chucky’ Lozano’s counter-attacking goal providing the difference. We talk about the other games of the day, how disappointing the favorites to win the tournament have been and the amount of Mexicans that are showing their support in Russia.

Here’s a selection of episode five, which can be listened to in its entirety in the podcast console above:

GRANT WAHL: Brian, you were at Mexico-Germany today, Mexico-one, Germany-nothing. For me, one of the greatest ever modern era World Cup results for Mexico, right?

BRIAN STRAUS: I think you can delete “modern era” from that. I mean I guess they beat Bulgaria in 1986?

BS: Did they get to the quarterfinals when they hosted in ’74? I don’t know if that was a different sort of deal. So you can make a case for both, obviously getting deeper into a tournament and all that stuff but Mexico has never beaten a full-strength world power at a World Cup. Their one win over what anyone would agree is a top-tier nation was over France in 2010 and that France was an imploding circus s— show.

BS: And that wasn’t France at their best. And they’ve beaten a lot of second-tier countries that are sort of along with them. You go back through their history: Croatia, Belgium. You know, nothing to sneeze at, those are countries we can’t beat but they’ve yet to take that next step and today they did. Today they beat a world champion, a world power, one of the elite countries and now el quinto partido, they can beat the teams that you need to get to that game. They’ve proven that today, this is a talented team. They were so well drilled. They obviously have faith in what (Juan Carlos) Osorio is asking them to do. They went out and executed it. It was really really really impressive and for anyone who watched it, it could have been 4-0 at half just as easily if they were a bit more clinical in the penalty area. Sometimes I think they had so much time and space, they didn’t know how to handle it. But it was just a wonderful performance, they held on at the end and they deserved the win.

GW: Yeah, they totally deserved the win. I don’t think it was just some flukey, bad bounce of the ball or referee’s call. Mexico deserved to win this game and they executed Osorio’s gameplan perfectly. It seemed like they went down the left side a lot on the counter. Chucky Lozano obviously on the left side, usually (Joshua) Kimmich gets farther forward than the other fullback. And, by the way, Mexico fans are taking over Red Square tonight as you can tell.

BS: They can’t even see us through the banner. Whatever.

GW: Lozano, from the first minute of the game he had a chance down the left.

BS: Yeah! Germany’s two fullbacks were playing essentially in like Mexico’s 18. And when Germany pulled one of their outside backs back in the second half, it was more balanced and they were able to swing the ball side-to-side a bit and they created chances. And Mexico, the guys after the game, they knew that that was coming. But (Guillermo) Ochoa had a really nice game.

GW: And they didn’t make a ton of mistakes.

BS: Timo Werner missed maybe the best chance of the second half, out a shot over the ball at the left post but Germany just didn’t make the plays. That’s part of deserving to win, making the plays that you need to win and they didn’t do it.

GW: And I look at this Mexico defense and last year in that 4-1 loss to Germany in Confederations Cup. … The first 10 minutes, two horrible mistakes in the back, Germany pounces on them. Game over.

BS: I’m glad you brought that up, I mentioned this in my story. Go look at the stats from that game. Possession, shots, corners, chances. Mexico was dominant. Mexico controlled the ball and lost the game. Today, they seeded the ball, they instead worried about controlling flow and dynamic and balance and space. Those are the things they dominated today and like we said, a deserved win. So credit to Osorio, credit to Mexico.