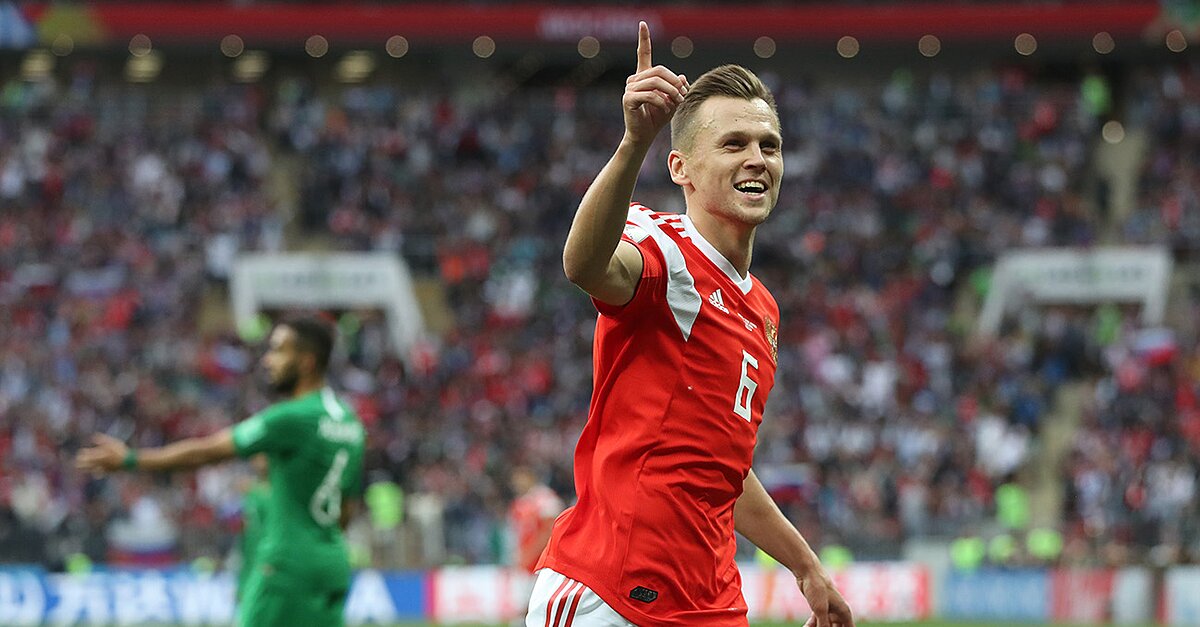 The first day of the World Cup is in the books, with hosts Russia having put on a show in the opening match of the competition with a 5-0 thrashing of Saudi Arabia.

We open the episode talking about Russia’s impressive display, touch on Vladimir Putin calling into the postgame press conference, talk about Antoine Griezmann’s ludicrous “Decision” and move on to Mohamed Salah’s likely return from injury to face Uruguay.

Here’s a selection of episode two, which can be listened to in its entirety in the podcast console above:

GRANT WAHL: It’s probably worth saying right now, it’s fun to see these big figures here but literally we were taking the elevator up to my hotel room at my hotel here to record the podcast and Arsene Wenger literally had the chance to be in the elevator with you and me and decided not to get in with us.

BRIAN STRAUS: He was gonna wait. The thing about this is that there’s an elevator bank with two or three elevators and Grant and I turn the corner to walk over there and it’s just Wenger. It’s just him. There’s no one else there. So the three of us are standing there and he definitely saw us.

GW: He saw me looking at him and registered that we were standing there and probably made a quick calculation of “I don’t want to share an elevator with these guys.”

BS: So the elevator door opens and it’s his turn.

GW: He turned it down, baby.

BS: And you’re tall, and I’m extremely not tall.

GW: He’s a lot taller than me.

BS: There was room for all three of us. Now keep in mind that these elevators are like if Versailles had elevators and that elevator had a baby with an elevator in Trump Tower, it would be the elevator in this hotel. The elevator has a freaking chandelier in it. And there’s a lot of gold and a lot of nonsense going on and we could have shared that experience with Arsene Wenger and he wanted no part of it.

GW: And one of us could have asked him if he’s interviewed with U.S. Soccer? Have you talked to those guys? But we couldn’t because he decided not to get in the elevator with us.

BS: Journalism is so ephemeral. There’s so much luck involved.

GW: The hotel situation here is pretty cool. I’ve never stayed in a hotel this nice before, not even close. I’m on the Fox gravy train here and I appreciate that. Sports Illustrated chipping in as well. But like in the lobby tonight, before we got negged by Wenger, or not the lobby but like the bar area was like Gary Lineker and Alan Shearer and you’re just like “Holy smokes! This is fun!”