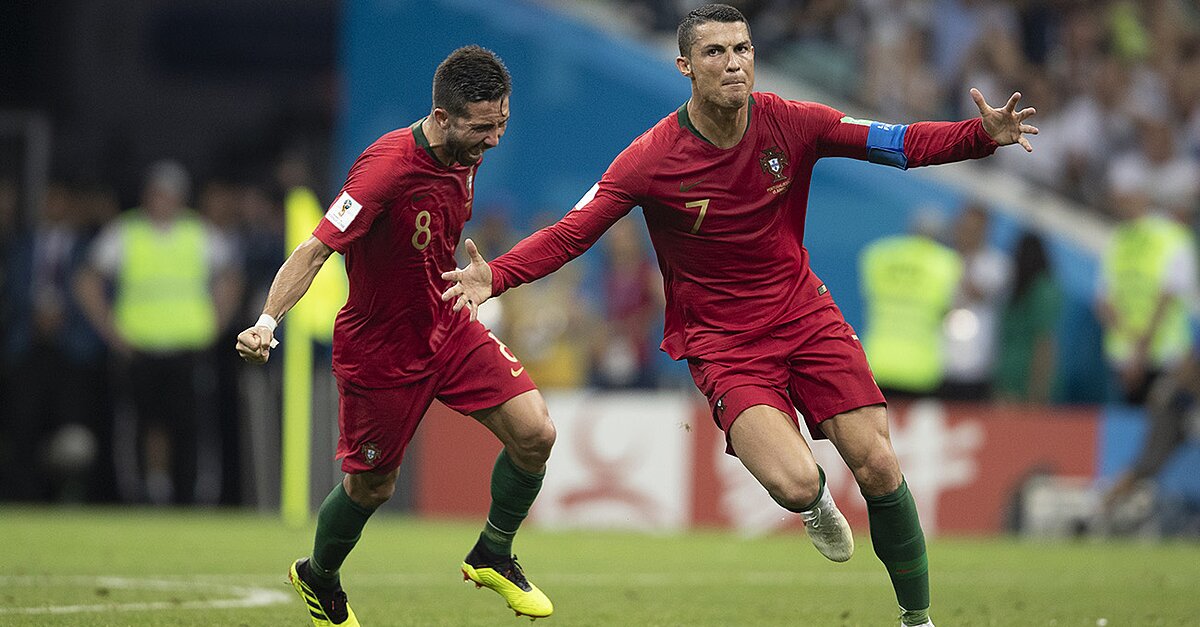 Day Two of the 2018 World Cup gave us two games that went down to the wire and an incredible game between Cristiano Ronaldo’s Portugal and Spain. The two teams combined for six goals, with Ronaldo putting on an incredible show to salvage a point in the final minutes off a stunning free-kick that left many Spanish fans in shock. We open the podcast talking about Ronaldo’s heroics and move on to the other games of the day and Brian Straus’s visit to the Iceland camp for the team’s game against Argentina on Saturday.

Here’s a selection of episode three, which can be listened to in its entirety in the podcast console above:

GRANT WAHL: Spain comes from behind twice, gets the 3-2 lead when Nacho makes up for his penalty earlier in the game with one of the sweeter, cooler hits you’ll see on the half-volley off the post then in. And I thought Spain had this game won, right?

GW: But Gerard Pique made a stupid play on the foul.

BS: I knew Ronaldo was going to score on the free kick. I just knew it.

GW: Kind of like the USA-Ghana game when you were sitting next to me, before the late corner kick by Graham Zusi to John Brooks when you said “The U.S. is going to score this”?

BS: That was some vintage Jurgen dust right there, wasn’t it? Here’s the other thing, you skipped an important part. Like Cristiano Ronaldo apparently agreed to a $20 million fine for tax evasion today.

GW: $22 million he lost today and yet it was still a net-positive day for him!

BS: It’s remarkable. It’s the country that’s fining him and is giving him a two-year suspended prison sentence. What a day! You know? Are they going to double that now or ask for a re-negotiation? That’s just incredible.

GW: He probably earned $30 million in endorsements today so it was a net positive.

BS: Fair enough. I just think that that’s awesome, I just think the timing of that was an Orlando City quality news dump by the Spanish whatever-you-call-it, tax authority.  Like I said, what else is there to say? He’s incredibly clutch. I thought Spain was incredibly fun to watch. I thought they had the ball—I haven’t seen the statistics—but it felt like 70 percent of possession.

BS: David Silva was just effervescent today, just relaly creative. I really enjoyed watching him play. I was really worried but I thought Iniesta was really good, he brought some nice balance to things and once he left, it seemed like Portugal had a little bit more of the play but they were also playing from behind so it’s a game-state situation. So yeah, it was a great game and I think the intrigue now is, I mean I agree with you I guess is that if you’re a Spain fan, you saw some good things to be happy about going forward and you kind of assume De Gea isn’t going to do that going forward, right?

BS: But Iran’s in first place in the group …

GW: And Russia is in first place in Group A.

BS: … so you know there’s all sorts of crazy statistics. The analytics would suggest that Iran is going through and either Spain or Portugal is in trouble. Not analytics, that’s the wrong word. Whatever, Wikipedia. But it was a fun game and I was kind of glad I didn’t have to cover it because I probably would have burst into tears when that Ronaldo goal went in because for a fan, that’s delight. For a writer on deadline, that’s the worst nightmare. Because I spent the day at Spartak Stadium with your boy, Heimir  (Hallgrimsson).

BS: Getting ready for tomorrow’s Iceland vs Messi fabulousness. So yeah, fun day.