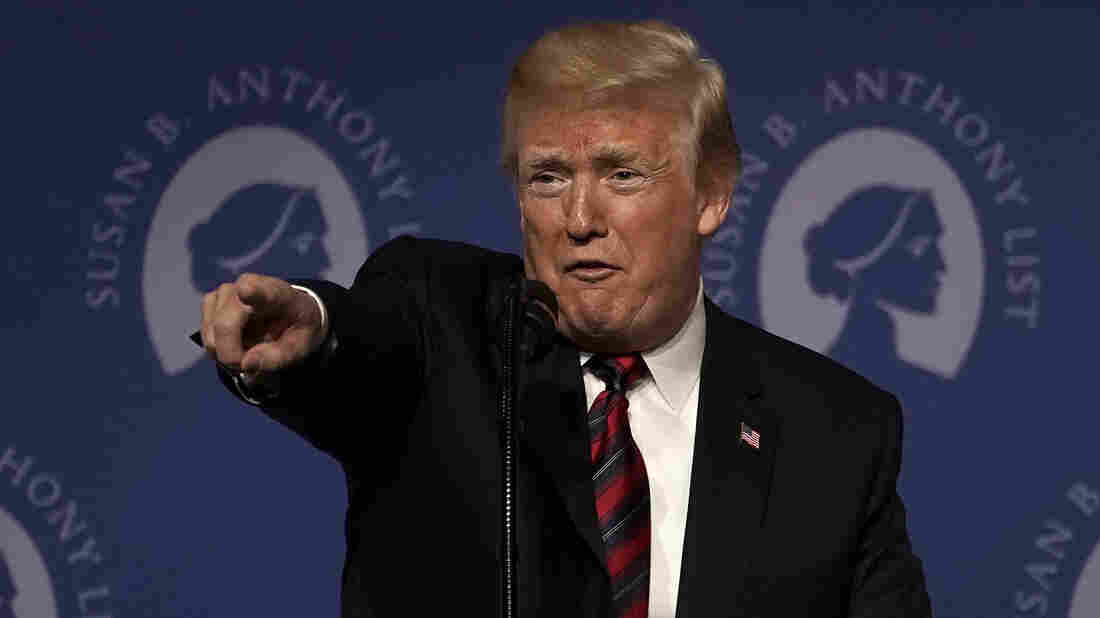 President Trump speaks during the Susan B. Anthony List’s 11th annual Campaign for Life Gala at the National Building Museum on Tuesday. President Trump addressed the annual gala of the anti-abortion group and urged people to vote in the midterm election. Alex Wong/Getty Images hide caption 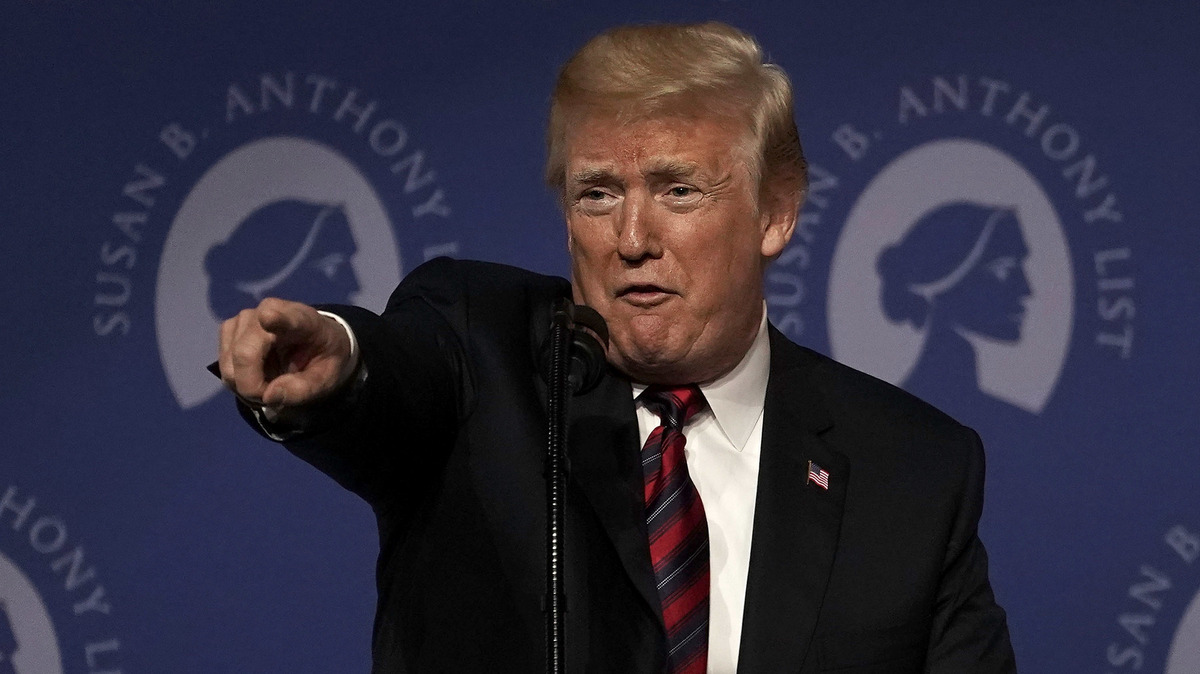 President Trump speaks during the Susan B. Anthony List’s 11th annual Campaign for Life Gala at the National Building Museum on Tuesday. President Trump addressed the annual gala of the anti-abortion group and urged people to vote in the midterm election.

In need of strong turnout from the GOP base in the midterm elections, President Trump rallied anti-abortion activists at a fundraiser in Washington, D.C., on Tuesday night, telling voters that failing to turn out for the November midterms would risk undoing the victories they’ve won during the Trump administration. The speech came just as his administration unveiled a new rule to restrict federal funding to groups that provide or refer patients for abortions.

Speaking to donors and other guests at the annual Susan B. Anthony List gala, Trump warned anti-abortion activists against complacency.

“What if Democrats gained power? They will try to reverse these incredible gains, these historic gains,” Trump said.

From the front of a packed ballroom, Trump called out several vulnerable Democrats who’ve supported abortion rights and face tough Senate races this fall. He told the audience their votes this year are “every bit as important as your vote in 2016,” before quickly adding, “Although I’m not sure I really believe that,” eliciting laughter from the audience.

He went on, joking, “I don’t know who the hell wrote that line,” before returning to the GOP talking points and promising that the party will campaign for “every last vote” this fall.

Just a couple of years ago, such a speech would have been unimaginable – not least of all for the group’s president Marjorie Dannenfelser.

In January 2016, Dannefelser was among a group of conservative women who signed on to a letter urging Iowa voters to support “anyone but Trump” in their upcoming caucuses. In the letter, the signers said “we are disgusted” by Trump’s treatment of women, and said that on the issue of abortion, Trump “cannot be trusted.”

But speaking to the crowd, Dannenfelser called Trump the “most pro-life President in history” and a “man of his word,” highlighting a list of promises Trump had made and kept to anti-abortion rights voters, including appointing conservative judges and taking steps to cut federal funding to abortion providers.

Like Trump, Dannenfelser stressed the importance of voting in the 2018 elections, reminding supporters that the outcome of Senate races this fall could, in turn, determine the makeup of the U.S. Supreme Court if there’s another vacancy.

“This is an historic moment,” Dannenfelser said. “And dear friends and people of good conscience, we are at the cusp of changing history.”

Trump’s appearance before the group came on the same evening his Health and Human Services department unveiled a detailed version of a proposed revision to the rules for Title X, the federal government’s family planning program. As announced last week, the proposal would block organizations like Planned Parenthood, who perform or refer patients for abortions, from receiving Title X funds to cover services like contraception and STD screenings.

Federal funding for abortions already is illegal in most circumstances, but abortion rights opponents have long pushed to cut all public funds to organizations that provide abortions. Critics call the proposal a “gag rule,” and warn that the change would make it harder for low-income people to get access to reproductive health services.

The document released on Tuesday removes a requirement that birth control methods offered through Title X recipients be “medically approved.” It also says that organizations who receive the funds don’t have to provide all available forms of contraception, which reproductive rights advocates describe as a major departure from the way the program has traditionally been run.

In a statement, Planned Parenthood Executive Vice President Dawn Laguens called the proposal “the worst attack on women’s health and rights we’ve seen from the Trump-Pence administration” and described the policy as “straight out of the Handmaid’s Tale” – a reference to the Margaret Atwood novel and Netflix series about a fictional oppressive regime that forces young women to bear children against their will.