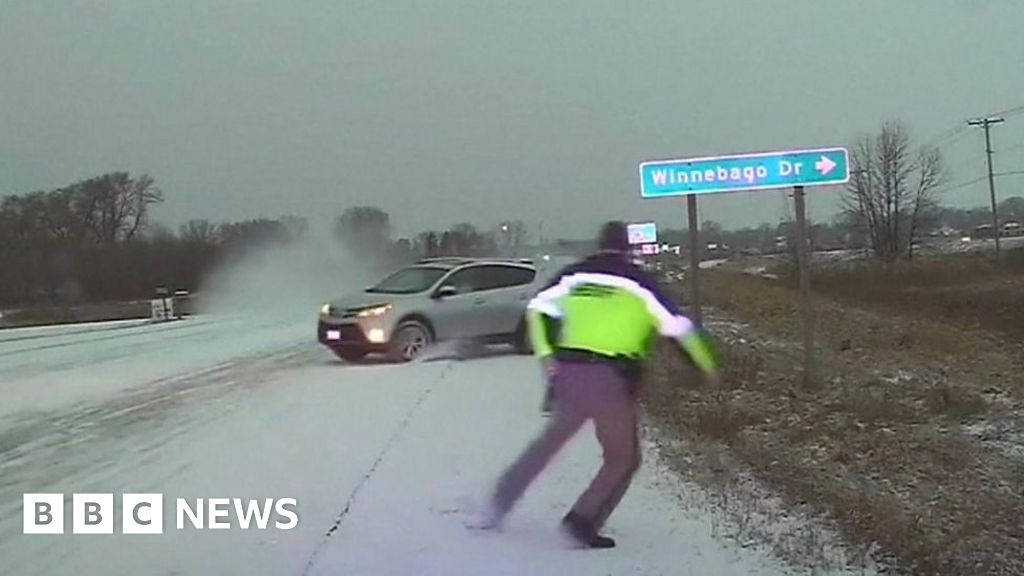 Dashcam footage shows a car spinning out of control on an icy road in the US state of Wisconsin and nearly hitting a police officer.

Deputy Jason Fabry was forced to jump out of the way of the oncoming vehicle.

He had been out of his car at the time, helping another driver who had slid into a ditch.

The incident took place on 25 December but has been released by Fond du Lac County Sheriff’s office to remind drivers to slow down in cold weather.