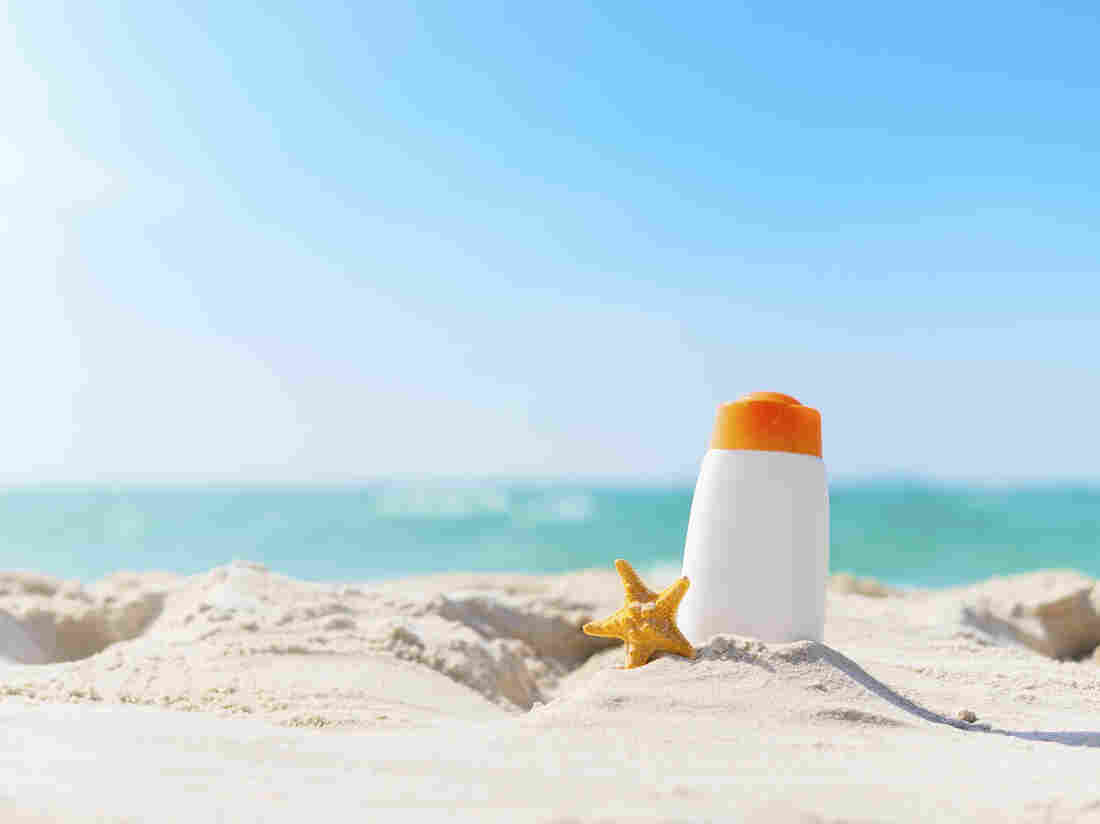 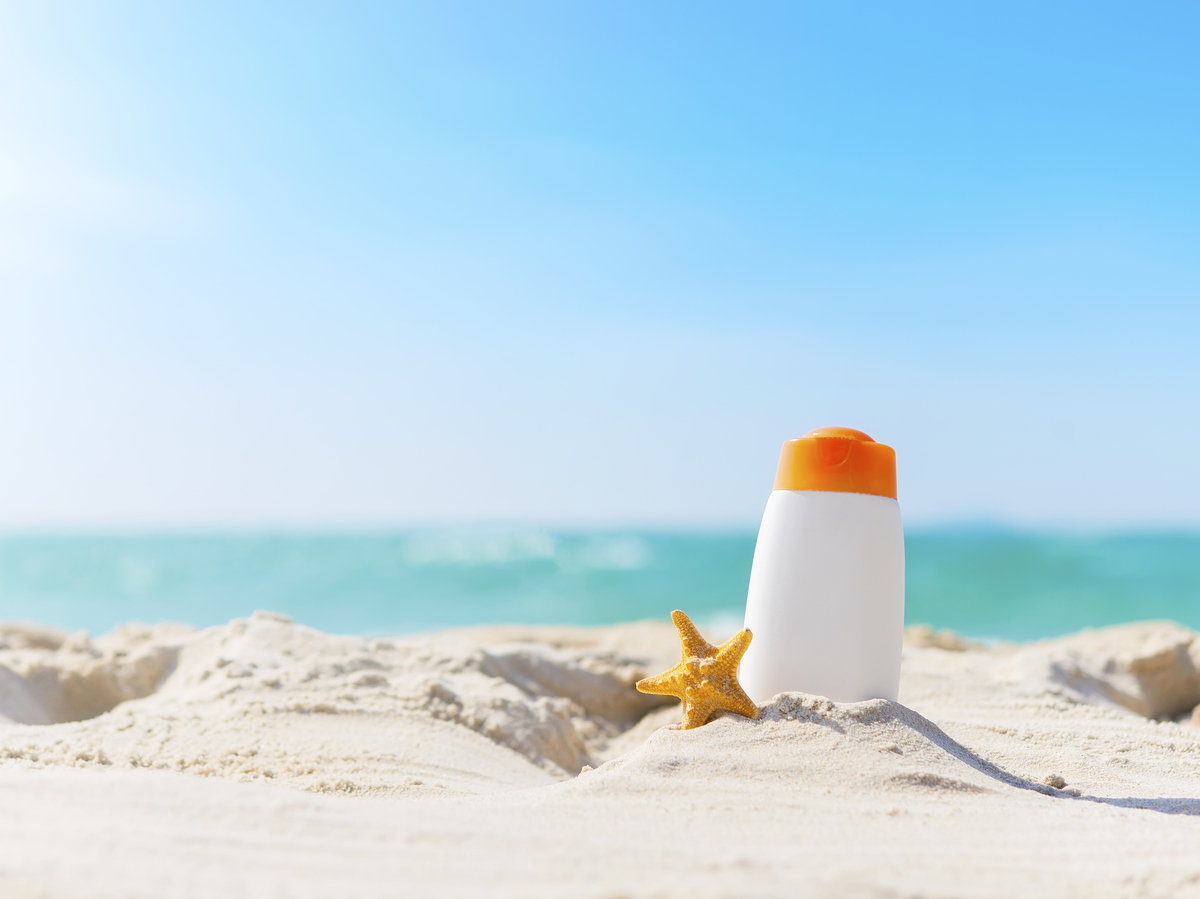 For many people, the dog days of July mean grabbing an ice pop, lounging outside, and letting the summer sun hit your skin. And for people of color, we’re often doing those things sans sunscreen. After all, our melanin will protect us. Right?

This week on Ask Code Switch we’re taking on a question from Liz Mitchell, from New York. She writes:

I’m biracial, and my black family don’t use sunscreen – if anything they use oil at the beach. My white mom has always been all about sunscreen. I used to be like, ‘I got melanin, I’m fine.’ But my white grandpa died of skin cancer, and since then I’ve felt like I’m inviting the cancer into my body whenever I step outside. Sorry to be grim, but I’d love to hear other POCs thoughts and practices around skincare and skin cancer.

I hear you. I, too, grew up with a black dad who would laugh at the mere thought of sunscreen, and a white mom who needed to reapply seven times in an afternoon. And like you, for most of my life, I never really worried about protecting my skin from the sun. “Black don’t crack” wasn’t a phrase I really heard a lot growing up. If anything, it was “black don’t burn.”

That mindset is incredibly common. In 2006, John McCann, a columnist for the Herald-Sun in Durham, N.C., talked about how his family would get greased up before going outside. “This goes back to when I was a little kid, and momma used to slick me down with Vaseline,” he wrote. “Despite how hot it is…black people all over this country will lotion up before leaving the house. Got to get rid of that ash. … And yet we won’t use sunscreen.”

Now, there may be some legitimate thinking behind that. According to the American Cancer Society, melanoma (the most common form of skin cancer) is more than 20 times more common in white people than in black people in the United States, with black people being diagnosed at a rate of about 0.1 percent. Latinos fall somewhere in the middle, with about 1 in 172 people being diagnosed with melanoma in their lifetimes.

But those numbers don’t tell the whole story. A study in the November 2016 Journal of the American Academy of Dermatology found that even though white people are the most likely to get skin cancer, they also had the longest survival time after diagnosis. Black people, by contrast, had the shortest survival time. In other words, the black people who get melanoma are more likely to die from it than the people from other racial groups.

There are a few factors that might contribute to those statistics. For one thing, black people are often diagnosed at later stages of the cancer than people from other racial groups. That could be because we often don’t see ourselves as being at risk, so are less likely to check ourselves (or go get checked out) for suspicious lumps and moles. It could also be because medical professionals make the same assumptions, and are less likely to be on the lookout for signs of skin cancer in darker-skinned patients.

Jacqueline Smith is a member of the Melanoma Research Foundation‘s Board of Directors. She’s also a self-described dark-skinned black woman who has survived two bouts of melanoma.

Smith was a senior in college the first time she was diagnosed. She noticed a lump growing near her bikini line, and went in to to get it checked out. During her first few trips to the doctor’s office, she says she was told that that the lump was probably nothing to worry about. But Smith kept going back, looking for answers.

When a doctor finally told her that she had stage 3 melanoma, Smith says she was incredulous. “I’m not a fair-skinned, middle-aged Caucasian woman,” she remembers telling her doctor. She had grown up with the same misconceptions as everyone else when it came to skin cancer — that it was something that people like her didn’t have to think about or protect against.

As an an advocate for skin cancer prevention, Smith says she tells her story a lot. But she says that even now, 15 years after her first diagnosis, most people are shocked to hear that she’s a survivor of melanoma. That includes doctors.

“And I think it’s unfortunate, because you start to wonder — you know, I was someone who was very vocal and kept going back in. I just didn’t care if I was a bother to my physicians. And I questioned my doctors when I didn’t feel that they were doing as much as they could or should. Well, what if there there’s someone who isn’t as secure, or would rather say, ‘OK if you say it’s nothing, I’ll believe it’? Those are the people that end up really not having a good overall prognosis, because they’re just going to take at word what they’re told by the medical experts.”

So, Smith has some advice for black people, brown people, young people — basically anyone who thinks they’re immune from the risks of the sun: Wear the damn sunscreen.

Smith says when you talk about skin cancer, people say, “Oh you just have to get a mole removed.”

And then she tells them about her treatment: “I have an 8-inch scar from my surgery. They removed every single lymph node in my pelvic and groin region. I have a bigger scar around that from radiation. I had to give up two years of my life. I had to inject myself weekly with interferon. Because of that I have weakness, my memory isn’t as sharp as it used to be. I developed lymphedema in my right leg. I just last month had a lymph node transplant, where they remove lymph nodes from my side and put them into my ankle. And so all of this is from a cancer that, had I known I could have perhaps prevented it, I would definitely have just worn sunscreen.”

Do you have thoughts/questions/feelings about race? Need some racial advice in your own life? We want to hear from you! Email us at CodeSwitch@npr.org, or fill out this form and tell us the deets.