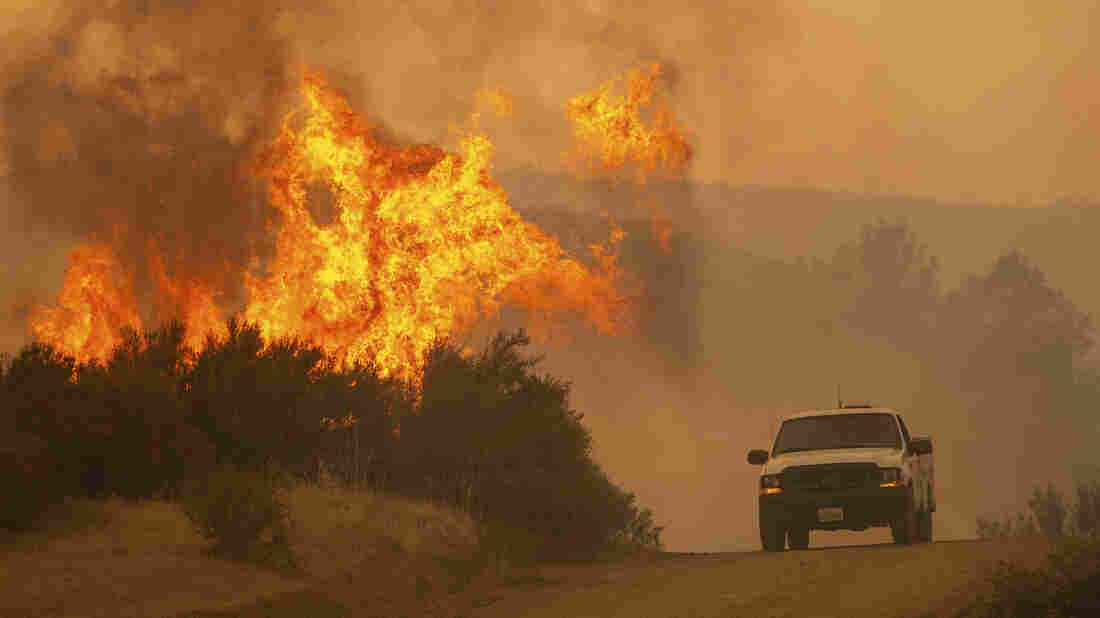 A truck passes by flames from the Ranch Fire in Clearlake Oaks, Calif., on Sunday. Josh Edelson/AP hide caption 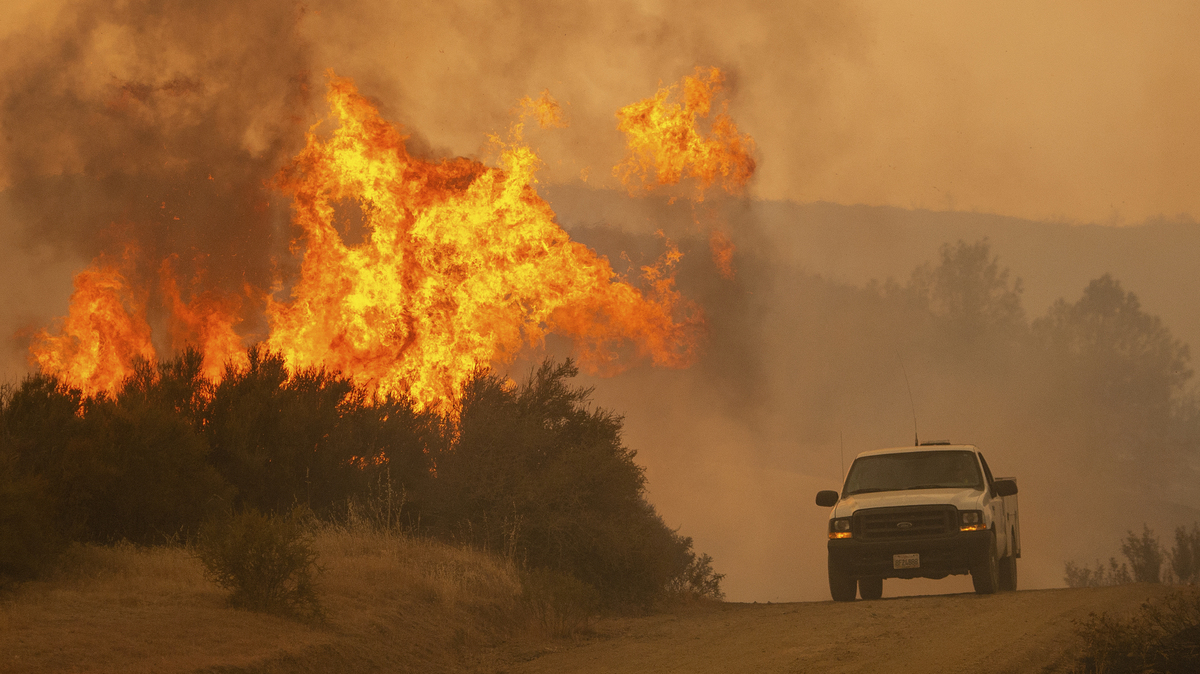 A truck passes by flames from the Ranch Fire in Clearlake Oaks, Calif., on Sunday.

Here’s a telling statistic: Seven of the most destructive wildfires in California history have occurred just in the past 10 months.

Seven of the most destructive wildfires in California history have occurred just in the past 10 months.


In the West, wildfires are burning hotter and more intensely than ever because of climate change, and the situation is made worse by the explosion of development in fire-prone areas and past firefighting decisions. Here are three reasons the destructive fires you’re seeing all over the news right now are unlikely to abate anytime soon.

1. It’s nearly impossible to put out a modern megafire

We can’t expect firefighters to control, let alone put out major fires like the Carr or Mendocino Complex fires in Northern California. Those fires have forced thousands to evacuate and destroyed hundreds of homes. Scientists say they’re even creating their own weather systems, making winds more erratic and the conditions too dangerous for firefighters to even try to protect homes.

These are called megafires and they’re becoming more and more common. For perspective, last December’s Thomas Fire had been California’s largest-ever-recorded wildfire. That is, until this week, when the Mendocino fires eclipsed it.

“There has been this really frenzied pace of really large, destructive, stunning fire events in the last couple of years,” says Daniel Swain, a climate scientist at UCLA.

The fires are fueled by ongoing drought, extremely low humidity and temperatures running well above 100 for long stretches.

“This is illustrative of the future that a lot of the fire scientists are projecting for this part of the world, where there are larger, more intensely burning wildfires producing a lot more smoke in the summer months,” Swain says.

What sometimes gets lost in the flurry of TV coverage showing dramatic images of wildfires is that for more than a century, naturally occurring wildfires in California and the West have been suppressed. This has led to an unnatural buildup of fuels.

Historically, most wildfires in the Western U.S. were suppressed to protect timber assets. More recently, aggressive fire suppression has occurred with an eye toward protecting homes and property. However, most forests and shrub lands, including the chaparral-covered hillsides in coastal California, are considered fire dependent: They need fires for regrowth. Fire ecologists say people have tried to remove fires from the ecosystem, and the unintended consequence has been even larger, drought-fueled, human-caused fires. All of this is exacerbated by climate change.

As reporter Jeremy Siegel of KQED put it on Morning Edition recently, all of this is putting a strain on Californians: “With fire season seeming to get longer every year, it’s tough not knowing whether a wildfire could sweep through and force you to flee your home.”

3. People are moving into wildland areas with higher fire risk

In the past couple of decades, there has been an explosion of development in high-fire-risk areas. There’s a term for this in the firefighting world: the WUI, pronounced “wooey,” short for wildland urban interface. In states such as California, Arizona and Washington, cabins, vacation homes and increasingly whole towns and even cities are spreading into forests and wildlands.

Research from the Western think tank Headwaters Economics shows that in the West, there are some 2 million homes considered to be at direct risk of wildfires. There are no signs of this trend of building in the WUI slowing down, even as climate change is predicted to bring longer and hotter fire seasons.

Just take the example of last December’s Thomas Fire. Reporter Stephanie O’Neill told All Things Considered that a similarly sized fire in the same area in 1932 burned only one structure. By contrast, this week’s fire has burned 800 structures and counting.

“That underscores how much we Californians have built into these more remote and quite beautiful fire-prone areas,” O’Neill reported.

Consequently, the number of homes burned from each bad fire to the next has gone up, sometimes in alarming fashion. Last year, seven wildfires in Northern California’s wine country destroyed more than 8,800 homes, a record in California. Several of these blazes started as wildland fires and burned into established urban areas because of the dangerous conditions before anyone could even try to contain them.

All of these conditions have led many to characterize this as the “new normal” for California. But people should not take solace that this is the worst it’s going to get. Climate scientists and fire ecologists are increasingly warning that the new norm may just be that things are going to keep getting worse.