Liverpool have set off for their final stop in their grand European tour with the NSC Olimpiyskiy Stadium in Kiev awaiting their arrival on Saturday evening, and the 24-man squad chosen by Jurgen Klopp is capable of etching their names into the club’s history books.

Number six is well and truly on the cards for the Reds in Kiev and whilst their opposition could not get much tougher that Real Madrid, there is certainly cause for optimism.

Although any sane person would point to Los Blancos’ squad and acknowledge the disparity in experience on the European stage, which stands at 37 Champions League final appearances to none in the Spanish outfit’s favour, Liverpool cannot and should not be discounted. 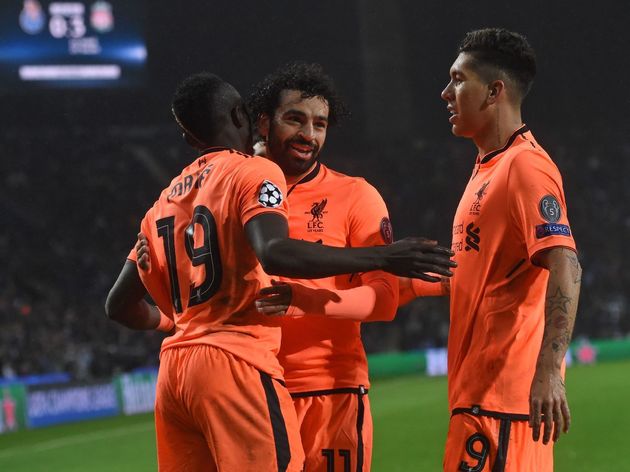 The squad named on Thursday arrived with little surprise, but the names who have catapulted Liverpool to this stage feature in all their glory and as such the starting eleven all but picks itself.

Roberto Firmino, Sadio Mane and Mohamed Salah’s mastery is enough to scramble the experienced but ageing backline of Zinedine Zidane’s side, where they are expected to add to their astonishing total of 29 goals in Europe this term.

Whilst the three red arrows are enough to haunt any defender, the only fear lies in the lack of options Klopp has off the bench. The Reds possess no real game changer as Danny Ings and Dominic Solanke are expected to take the bench, both of whom have combined for just two goals this season.

The hope is that Klopp will not need to dwell on his lack of options, but when Real Madrid have the likes of Asensio, Gareth Bale, Karim Benzema and Isco to call upon, it becomes apparent that Liverpool need to take a stranglehold in proceedings early if they are to limit their oppositions’ strength in numbers.

Like the attack, the defensive five are primed and ready to go. Many onlookers still harbour the thoughts that the Reds are wretched in shutting out the opposition, but nothing could be further from the truth.

Only Manchester City conceded fewer shots per 90 minutes than Liverpool’s 7.4 in the Premier League this season, where they conceded just 27 goals in 32 games when Loris Karius has started in all competitions – and 38 in total across the entire league season.

There is no doubt that this will be one of their fiercest tests yet, but as a collective unit the Red’s defence has failed to look stronger than it is right now with Karius, Virgil Van Dijk, Dejan Lovren, Trent Alexander-Arnold and Andy Robertson all flying the flag.

Consistency has enabled the five to establish a finely tuned working relationship which combines aerial prowess with pace, power and quality in possession – with the Dutch centre back’s arrival in January the catalyst for their success on the European stage.

The 26-year-old is calmness personified and when the occasion on Saturday is capable of sweeping up his younger teammates, he will be key in setting the tempo and keeping a level head in the opening exchanges.

The most welcome news, however, from the squad announcement was Emre Can’s return to the team following a lengthy lay off with a troublesome back injury. Whilst the German is expected to leave the club in the summer for Juventus, there is no questioning the qualities he can bring to Klopp’s depleted midfield ranks.

Can is not expected to feature from the off, with Jordan Henderson, Gini Wijnaldum and James Milner expected to get the nod, but after playing for over a month with just three or four players, his availability comes as a major boost to Liverpool’s chances.

With legs expected to tire in the latter stages, Can can offer a versatile option and make an immediate impact in the middle of the park regardless of the scoreline, a luxury which was not on offer in the semi-final defeat to Roma.

But if his last contribution to the club is to help win the European Cup, not many can be left feeling disgruntled.

Adam Lallana’s inclusion offers much needed dynamism at any point of the game, but his introduction could prove vital should Real Madrid look to shut up shop in the eventuality that they take the lead late on.

Ultimately, the first 10-15 minutes will be crucial for Liverpool as they adjust to an unfamiliar environment and occasion, and should they come out of that period unscathed Real Madrid should be fearing the worst.

After all no one has ever called sane before…Liverpool’s squad have conquered all of Europe and they are not about to stop in Kiev. Allez Allez Allez.