Portuguese super-agent Jorge Mendes is having an increasingly powerful impact on English football.

Mendes has been in his profession for 20 years and has worked on transfers totalling over a staggering £1b. He heads up his own sports management agency GESTIFUTE, who represent approximately 13 players who are currently plying their trade in English football. 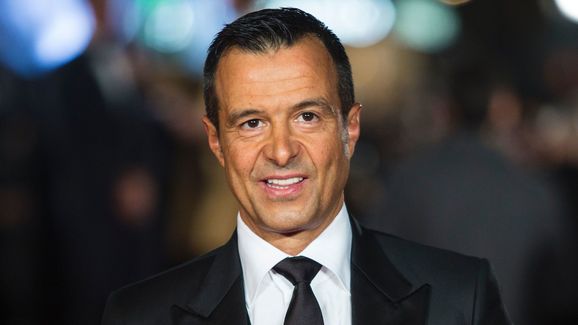 But is his growing influence having a positive impact on English football? While some fans may be quick to say no, the agent represents two Premier League managers and twelve Premier League players (and counting), according to Transfermarkt. His ability to bring his high-profile clients to England can only be a good sign as it encourages other clubs to be more competitive and also boost their recruitment processes.

A higher calibre of player in the greatest league in the world can only result in a higher quality of football that us fans will be treated to on a regular basis.

So, where do Mendes’ strongest links to English football lie?

Mendes is the representative of Manchester United manager José Mourinho, one of the most influential managers in English football.

A strong relationship between the manager of one of the country’s biggest clubs and one of the world’s most powerful agents can only be good for the game.

Mourinho has worked with Mendes since the agent brokered his move to Chelsea in 2004 and Mendes currently represents United goalkeeper David de Gea.

His influence at Old Trafford could filter down into the game. For example, if one of his clients displaces a first team player at United, that player could move on and subsequently improve the squad of another team.

Similarly, if a fringe player is struggling to break into the United team and finds himself on the transfer list, Mourinho could enlist the help of Mendes and his hefty contacts book to find the player another club.

“There is only one person who can win the best agent of the year award and it’s Jorge Mendes,” Mourinho said in 2010.

Despite it being illegal for an agent to be in charge of a club’s recruitment, Jorge Mendes is treading a very fine line with his role as an advisor to the Wolves owners, Fosun.

The business relationship between Wolves’ owners and Mendes stems from the fact that a separate company owned by Fosun’s chairman, Guo Guangchang, owns shares in the holding company of Mendes’ GESTIFUTE agency.

“Someone, because of the friendship with the owners, that we take opinions and advice from.” Wolves’ managing director Laurie Dalrymple told the Guardian last year.

Despite the controversy around Mendes’ involvement, it is healthy for the game as his clients have kick-started a project that other high-profile players (not on his books) can sit up and take notice of.

The Portuguese agent is an astute businessman who is using his knowledge and expertise to help build the beautiful game in our country, which should not be taken for granted – even if it’s not clear to everyone at present.

Mendes’ influence in English football stretches further than just Mourinho and Wolves, though.

Sanches’ move to Swansea came about through Mendes’ relationship with fellow countryman Carlos Carvalhal, while his friendship with former Watford manager Marco Silva provides the connection to Andre Gray.

The widespread influence that Mendes has in England only looks like it will continue to grow as Wolves have been promoted to the Premier League, a competition which three of his clients have just won.