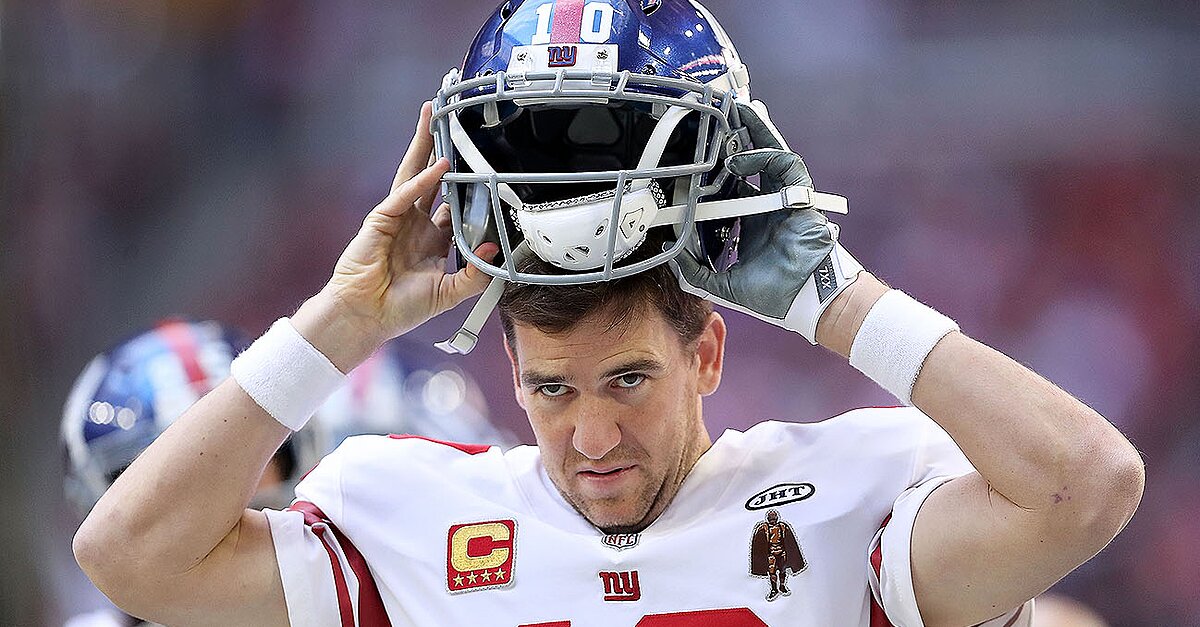 With a controversial trial set to begin, the New York Giants, Eli Manning and Steiner Sports have settled a civil lawsuit over allegations they fraudulently conspired to trick a group of memorabilia collectors into believing that helmets not used by Manning in games were actually used. Terms of the settlement, as reported by Pro Football Talk’s Michael David Smith and ESPN’s Jordan Raanan, are not available. However, the settlement will lead to all parties petitioning for the cancellation of a trial that was expected to last four weeks. The trial was originally scheduled to start on Monday in the courtroom of New Jersey Superior Court Judge James J. DeLuca. It had been temporarily postponed on account of a personal matter involving one of the attorneys.

The memorabilia lawsuit and its allegations are hardly new. The case has been on the docket since 2014. It is surprising, however, the lawsuit was not settled much earlier. This is particularly true given that pretrial discovery led to the public becoming aware of evidence that cast Manning in an unfavorable light.

Most notably, emails allegedly sent by Manning in 2010 raised serious questions about his honesty in business dealings. The emails depict Manning as sending a message to Giants equipment manager Joe Skiba with the request that Skiba hand over “two helmets that can pass as game-used.” Manning sent the email after Steiner Sports, a well-known sports memorabilia company that had negotiated a deal with Manning, expressed interest in the quarterback providing two game-used helmets and jerseys. Skiba later sent an email to sports collector Eric Inselberg in which Skiba suggested that Manning was unwilling to provide his actual game-used jerseys. Instead, Manning allegedly offered jerseys that could pass as game-used.

Inselberg and two other plaintiffs have asserted that the Giants, Manning, Skiba and owner John Mara conspired to fraudulently pass off lesser-value equipment as higher-value and thus deceive collectors. The plaintiffs have stressed that whether a jersey was actually used or worn in a game is of paramount significance when assessing its market value. A jersey worn in a game is rare and has historic qualities that a “game-issued-but-never-worn-in-a-game” jersey simply doesn’t possess. Indeed, a game-worn jersey may be otherwise identical to other authentic jerseys. However, its unique feature of being worn in a game places it at the top of the jersey food chain.

Inselberg has also insisted that Manning and the Giants badly undermined his reputation as a collector. A collector who represents memorabilia as authentic can suffer career-ending harm if his or her representations of authenticity are proven false.

A trial would have forced Manning to answer questions under oath

By settling, Manning and the Giants likely avoid the possibility of NFL discipline

At first glance, it might not appear that Manning and the Giants had all that much on the line with the trial. After all, if they went to trial and lost, a judge would have ordered them to pay a dollar figure that they would have been able to afford. This is a civil trial, after all, where the defendant only risks having to pay money or being ordered to stop doing something. Everyone goes home after the trial ends and no one gets sent to jail or prison.

But upon closer inspection, a trial could have proven problematic for both Manning and the Giants in terms of their relationship with the NFL and their sponsors. If during the trial any testimony or evidence surfaced that corroborated the core accusation that Manning and/or Giants staff intentionally altered jerseys, the NFL would have undoubtedly become concerned. In that scenario, the league would likely worry about the impact of such a trial development on consumer perceptions. Specifically, if consumers thought players and teams intentionally misrepresented their equipment and apparel, those consumers could then begin to wonder about the authenticity of all NFL products. It is not inconceivable to believe that if Manning and the Giants were proven to have undermined the integrity of equipment, the NFL would explore the possibility of punishing both.

Similarly in that scenario, Nike and other companies that have paid Manning for his endorsement might review morals clause language in those endorsement deals. While the wording of morals clauses varies by contract, such wording usually empowers the endorsed company to suspend or exit the endorsement deal if the athlete engages in dishonest or unethical practices. If the trial depicted Manning as less than fully honest about products consumers buy, endorsed companies might question the value of his endorsement with those consumers.