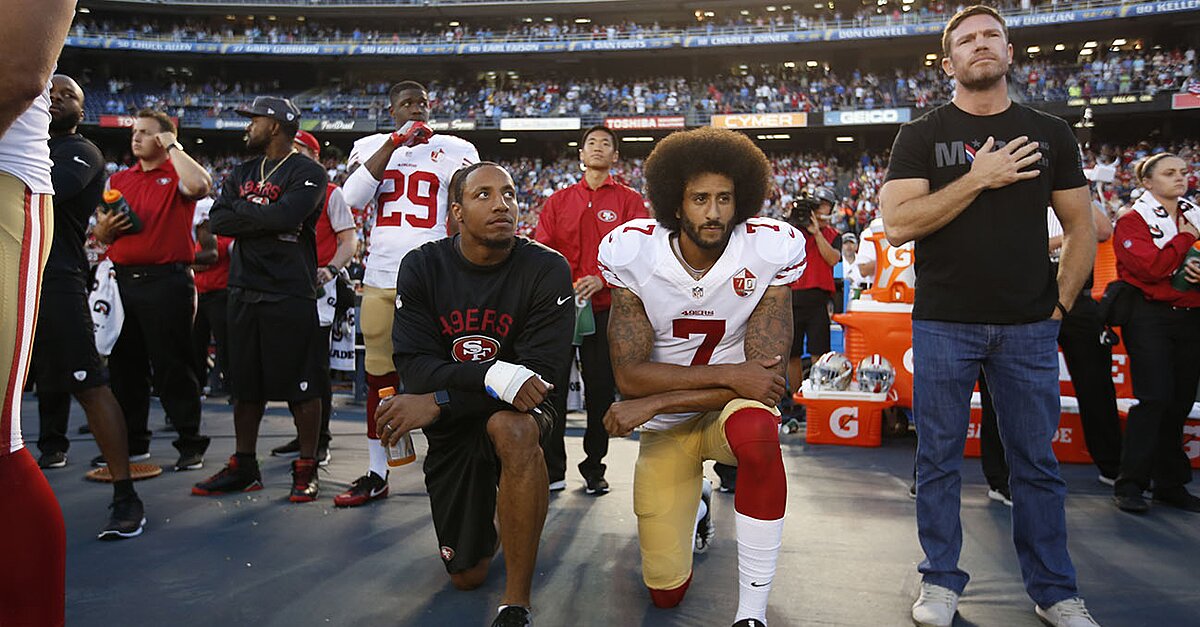 What is the message behind kneeling during the national anthem.

NFL players kneel during the national anthem as a way to protest police brutality and racial inequality in the United States.

The movement was started by former San Francisco 49ers quarterback Colin Kaepernick during the 2016 preseason. Kaepernick initially sat during the anthem when he first started the protest, but switched to kneeling after speaking with former Army Green Beret and NFL long snapper Nate Boyer. Boyer wrote an open letter to Kaepernick after learning of his protest, and the two agreed that kneeling would be a way to present Kaepernick’s message without disrespecting the armed forces or the flag.

Kaepernick’s protest went unnoticed when he first started, but it became a major news topic before the final preseason game of that year when the 49ers were going to play against the Chargers in San Diego on Military Appreciation Night. Kaepernick kneeled with then-teammate Eric Reid for the first time that game as Boyer stood next to them on the sideline as Kaepernick’s guest.

Kaepernick and Reid continued the protest for the remainder of the season and teammate Eli Harold eventually joined in with them.

Players on other teams eventually joined in as well, but many also continued to stand, but raised a fist in the air as a sign of solidarity with Kaepernick’s protest.

During Week 3 of the 2017 season, a record number of players kneeled during the anthem after Donald Trump made comments about how players who kneeled should be fired. Marshawn Lynch of the Oakland Raiders and former Seattle Seahawk Michael Bennett sat during the anthem for most of last season instead of kneeling.

Reid and Harold continued to kneel on the San Francisco sideline and were joined by teammates Marquise Goodwin and Louis Murphy during the season.

On May 23, 2018 the league established a new policy that requires players on the field to stand during the national anthem.