With Arsene Wenger ending his 22-year romance with Arsenal and Everton parting company with short term fix Sam Allardyce, some of the Premier Leagues biggest clubs are once again on the search for their next manager.

Clubs such as Chelsea and Tottenham also find themselves in a precarious situation, with reports suggesting that both managers might be on their way out this summer. If this is the case, and Antonio Conte and Mauricio Pochettino do leave, then four huge Premier League clubs will be looking to appoint in the off season.

Of course the usual European names will be thrown around for the top Premier League jobs. Names like Max Allegri, Luis Enrique and Carlo Ancelotti. But what about some of the British managers who have proven themselves in the Premier League, and are right under the noses of these billionaire owners? 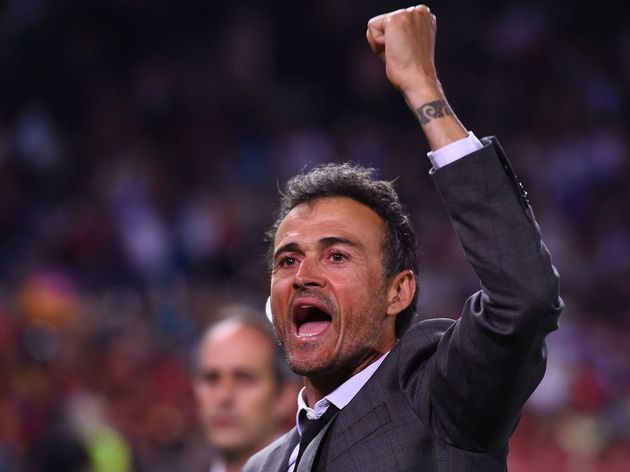 In particular, what about Eddie Howe and Sean Dyche?

Two managers who have managed at different levels, with different sized squads, and produced wonders on a shoe string budget (compared to the top six clubs). But why is it that neither manager will be given the opportunity to move up the ladder?

It seems like managers who overachieve in the Premier League with a smaller club are over-looked when an opportunity to manage one of the top six comes around. What more can a manager do then show his worth by doing a fantastic job in one of, if not the toughest leagues in the world?

You could argue their are many reasons for why managers like Howe and Dyche are passed over; such as image, player pulling power, working with big egos, dealing with bigger budgets and higher wage bills etc. Of course these aspects would be completely different in one of the top six clubs, but surely they should at least be given the chance to adapt and learn.

One of the main problems is time. Owners demand instant results (like any other buisness), especially at clubs that are used to success year in year out. With this being the case owners can’t afford to take such risks.

You just have to look at Frank de Boer at Crystal Palace. He was brought into change the style of football at the club, but as results failed to come, the owners panicked, and he was shown the door seven games into the season.

The same can be said about David Moyes when he was appointed Manchester United manager after Sir Alex Ferguson. He seemed to lose the players trust almost immediately, and when results went against the Scot, he found himself being sacked from a dream job that he’d worked so hard to get.

This is also the predicament Arsenal find themselves in. They seemed keen on appointing former captain Mikel Arteta as manager, but have all of a sudden made a U-turn, and are now looking for a more experienced coach to replace Arsene Wenger.

So how about Howe or Dyche? They have Premier League experience, and have succeeded in fulfilling their clubs objectives every season. It must be so frustrating for experienced managers like Dyche to not even get a sniff of an interview for the Arsenal job, but instead see a complete novice in the managerial world become the favourite to land the job.

So if British Premier League managers such as Dyche and Howe do have the experience, why do they not get an opportunity?

It’s not hard to imagine that image plays some part in owner’s decision making. Would Roman Abramovich prefer ‘the Special One’ or ‘the Ginger One’ as Dyche is affectionately known to Burnley fans.

While neither Dyche nor Howe, England’s brightest coaches, surely won’t get the chance to interview for Arsenal or Tottenham or Chelsea, at least just yet.

However, it seems more possible that if Everton don’t land Marco Silva, then Dyche could and indeed should be in the frame. The Toffees could be the stage (and perhaps even stepping stone) a manager like Dyche needs to take him to the next level in terms of both his own development and public perception.

Up and coming British managers should be judged relative to the club’s at which they operate and surely then we can start to see their achievements as comparable to the elite who hoover up the Premier League’s top jobs.

For many, it would not only be fantastic, but also just rewards, to see Dyche in the dugout at Chelsea next season and Howe prowling the technical area at Tottenham’s new stadium. However, it remains a fantasy, while owners continue to look for quick fixes and big names.