The Bundesliga season drew to a close on Saturday, but in reality, the season has long been over.

It was finished as a contest at the beginning of April – when Bayern Munich were crowned champions with five games remaining. The Bavarian side recorded an unprecedented sixth straight Bundesliga title, but such a feat represents a troubling lack of competition in Germany’s top flight.

Seasons are beginning to blur into one. Bayern have regularly run out comfortable victors with games in hand year after year.

Drastic action is needed to loosen Bayern Munich’s stranglehold the Bundesliga, or else the champions will continue to monopolise German talent and drive the league into a deeper state of uncompetitiveness.

What is it we love about the Bundesliga? We admire the low ticket prices and we commend the level of fan involvement, however both of these factors are feeding to maintain the established elite, suffocating any team that might have ambitions of usurping Bayern.

In 1998, the Bundesliga introduced an ownership rule called the 50+1 rule, requiring all clubs to meet the minimum threshold of 51 percent ownership by club members, restricting private investors to a stake no more than 49 percent in any club.

The rule has largely been a success, keeping player wages under control and keeping ticket prices in check, whilst also helping to preserve the fan culture of the Bundesliga.

However, with external investors limited to a 49 percent stake in any club, investment has been stymied and any opportunity for a Manchester City to rise from the ashes under a billionaire owner has become impossible.

What is more troubling, however, is that when this young talent comes of age and if they demonstrate the required ability, these players will then invariably be tapped up by Bayern.

The likes of Mats Hummels, Mario Gotze and Robert Lewandowski for example have all made the move from Munich’s closest rivals Borussia Dortmund. 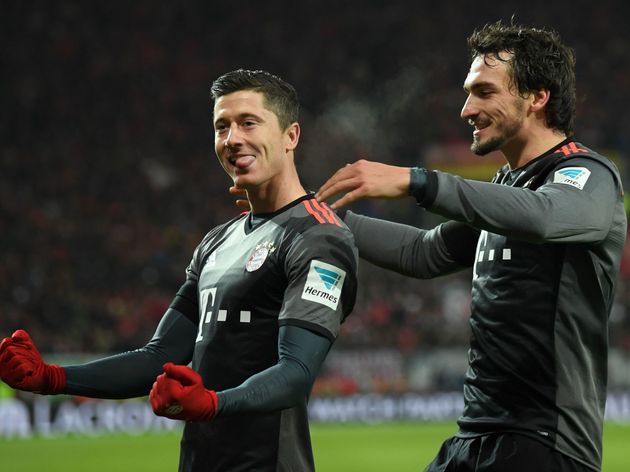 Such was Munich’s disgust at Borussia Dortmund’s two consecutive Bundesliga titles back in 2010 to 2012, that Bayern chief Karl-Heinz Rummenigge went about destabilising the Dortmund side, successfully luring Jurgen Klopp’s star man, Gotze, to the Allianz Arena, announcing the deal on the eve of the two sides’ Champions League final at Wembley.

Dortmund have never recovered from that moment and it was followed by Klopp ultimately admitting defeat, and moving to the Premier League. And what a loss for the Bundesliga Klopp has been – proven as the only man in recent history able to equip a side able to compete with Bayern.

However, Jurgen Klopp’s influence on the competitiveness of the Bundesliga was never going to last forever.

Dortmund ultimately were unable to hold onto their biggest stars and Klopp could not again rebuild a title winning side off a budget so inferior to that of Bayern’s.

Bayern believe they are taking a risk appointing Niko Kovac ahead of next season – the current Eintracht Frankfurt coach was the club’s third choice to replace Jupp Heynckes – with both Heynckes himself and PSG-bound Thomas Tuchel turning down the opportunity to manage the club into next season.

Munich expect the bedding in of an inexperienced new manager next year could lead to a drop in performances, however this will only apply to the Champions League. Kovac is still expected to comfortably lead Bayern to a seventh successive title and it is hard to imagine such a feat not being achieved.

The likes of Schalke 04, Dortmund and RB Leipzig may look to next year as a chance to close the gap to Bayern, hoping that Kovac struggles to adjust to life at a larger club.

However such hopes are in desperation, the Bundesliga title is viewed as a birth right to Bayern Munich and all other clubs must remain content with their position in the ‘best of the rest’ competition.