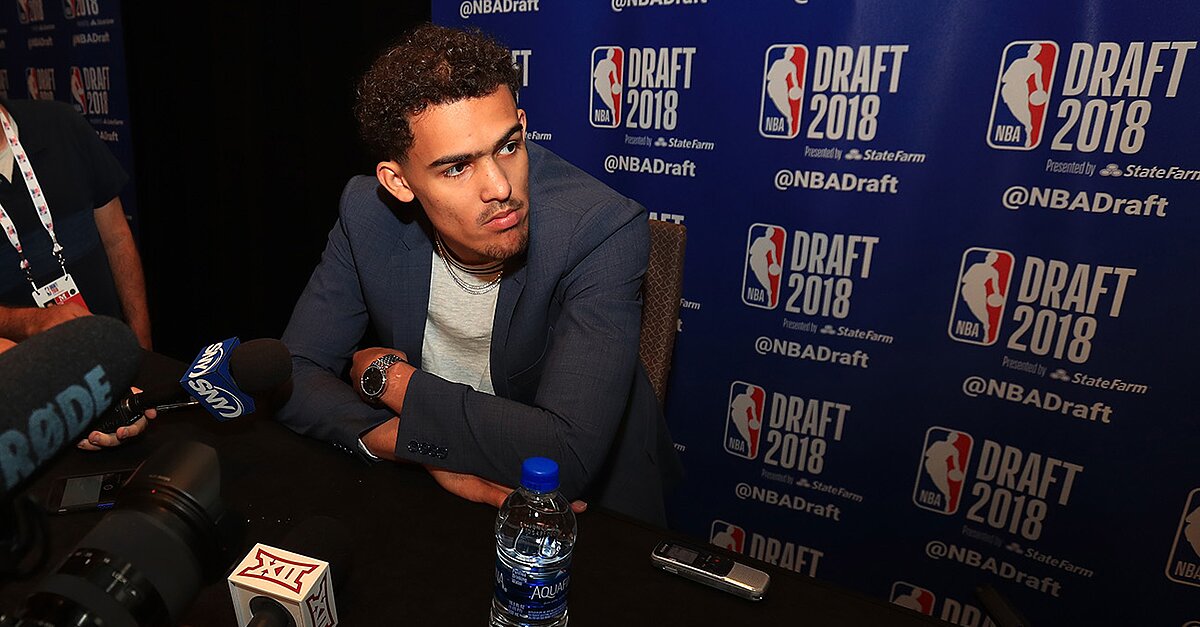 On today’s show, Andrew Sharp and Ben Golliver celebrate the eve of the NBA Draft by reminding you that Open Floor will be broadcasting live on SI’s Draft Show Thursday night. Then: the combine interview process, whether Jaren Jackson Jr. can sell you a pen, and what type of utensil Lonnie Walker Jr. would be. From there: the importance of franchise stability, the strange lack of buzz around Trae Young, the draft process adventures of Michael Porter Jr., the boom-or-bust potential of Marvin Bagley Jr., the Dwight Howard trade, how the Warriors will infuriate everyone, and what to make of Mo Bamba. At the end: Wendell Carter Jr as a sleeper, Luka Doncic as the number one pick, the next generation of Giannis Inc., and why there was no Open Floor draft party at a Brooklyn Buffalo Wild Wings. Sharp and Golliver discuss it all on the latest episode of the Open Floor podcast.

(Listen to the latest full Open Floor Podcast here. The following transcript has been edited and condensed for clarity.)

Andrew Sharp: I just want to say I’m more in on Trae Young than I’ve let on in these discussions over the last few weeks.

Sharp: I just think he’s gonna be really good. I think his shooting is legitimately special and he’s a really, really good passer and I think he does enough things well that I can’t really envision him not being a plus-factor for any team in the league. He’s a guy who was nitpicked to death in March and April and has never really recovered from a buzz or hype standpoint. But I think, fast-forward to July summer league and the first few months of next season, people are gonna look up and say, Holy s***, Trae Young’s actually really good.

Golliver: I don’t totally get why he’s slipping. Every year, one or two guys get nailed on this. We know what his flaws are, they’ve been known for years.

Golliver: And size. Is he just gonna get bullied and you’re gonna have a hard time keeping him on the court? And also I think, maybe he’s a little too-pure a version of Steph— unconscious type of shooting. I mean, some of the shots he takes are ludicrous. Even Steph would think twice about some of his shots.

Sharp: Right. I think some of that was the system at Oklahoma, double-teamed constantly.

Golliver: And there’s no stakes. He’s not in the NBA Finals. You know?

Sharp: Yea. It’s just, to me, if he was just a shooter—because his shooting numbers kind of fell off down the stretch this year because of the workload he was dealing with—but if he were just a shooter, I would understand kind of looking at him with a side-eye. But he’s also such a good passer, he’s so creative in tight spaces. Luka [Doncic] has drawn a lot of Steve Nash comparisons. I think those are more apt when we start to talk about Trae Young.

Golliver: I’m sort of with you that the consensus of him sliding, I want to push back against that. I think that’s kind of foolish. I think there are some teams that would be missing a real opportunity with him if he were to somehow fall out of the Top 10. Isn’t that what’s sort of being discussed?

Sharp: He’s still a huge gamble. He could just be an awful defender whose offense doesn’t totally translate, at which point, I don’t know what you are. Seth Curry, or something? But there’s enough upside there where, if I’m a team in the second half of the Top 10, I’d be thrilled to roll the dice and Orlando should do it. That’s the team I’d like to see him on.

Golliver: I spent some time around him at these various Adidas events on Tuesday. Very nice guy, had his whole family and a lot of people in tow, he’s got a little bit of that star power. I think he would probably prefer to go to some of these big market teams. Every time he was getting asked about the Knicks there was a certain look in his eye, who knows there?