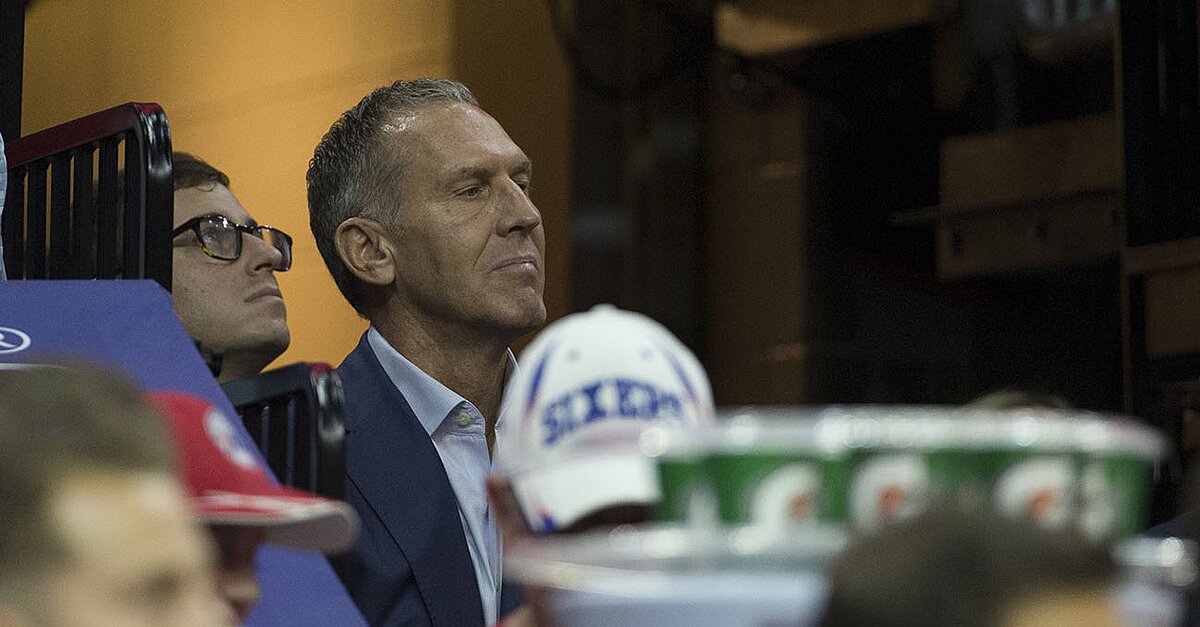 The general manager and president of basketball operations for the Philadelphia 76ers will reportedly resign.

Following an investigation into burner Twitter accounts that were sharing sensitive information related to the Philadelphia 76ers, the Paul, Weiss law firm determined Barbara Bottini, the wife of team president and general manager Bryan Colangelo, was in charge of the accounts.

The firm was looking to determine if Colangelo was behind the accounts that were revealed through a report from Ben Detrick of The Ringer in May.

In an official statement, the firm said it was investigating who was behind the accounts, whether Colangelo was previously aware of them and if Colangelo was the person who disclosed the team information to whoever was in charge of the accounts.

Bottini admitted to running the accounts, but the firm says its investigation was still “impeded by certain actions taken by Ms. Bottini, including her decision to delete the contents of her iPhone by executing a factory reset of the device prior to surrendering it for forensic review.” On Thursday, June 7, the 76ers announced they agreed to part ways with Colangelo, who officially resigned from his position.

Bottini has two children with Colangelo and was an active member in the parent organization of her son’s school. When it was revealed that Bottini might be linked to the accounts, some of the followers of the accounts were connected to Bottini through her son’s school. She is from Northern Italy, and another aspect of the accounts that stuck out and pointed toward Bottini being behind them was that the accounts followed other accounts that posted Bible scriptures in Italian and the burner accounts defended the collars on Colangelo’s shirts, which he has previously said are from his wife’s influence in an interview with the Toronto Star back in 2007.

Bottini was also linked to the accounts through the phone number linked to them, which shared the last two digits with a number she had previously posted on Facebook as a way to reach her.