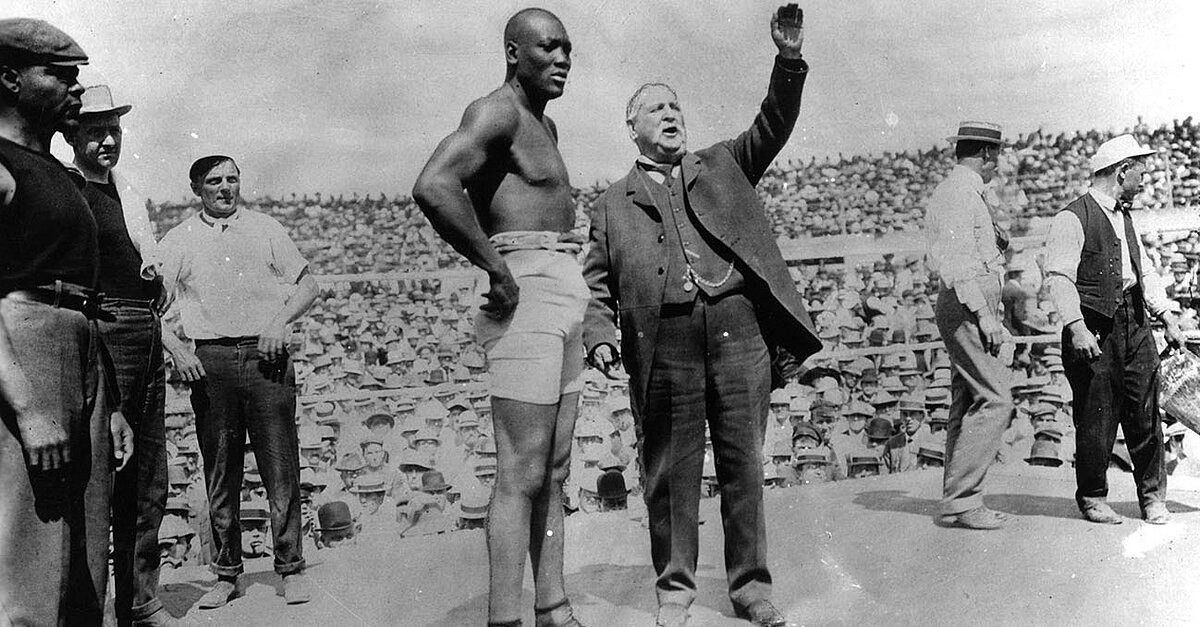 Jack Johnson was the first African American heavyweight champion, but legal issues forced him to flee the United States at one point during his career.

Jack Johnson was the first African American to win the heavyweight championship when he defeated Tommy Burns in 1908.

In 1912, Johnson started having to deal with legal issues due to the women he was seen around public with. On Oct. 18, Johnson was arrested for violating the Mann Act, a law that said a person can’t “transport any woman or girl” across state lines for “any immoral purpose,” according to History. The law was presented as a way to help stop prostitution, but it was also used for racist purposes or even by some to go after cheating husbands.

At the time of his arrest, Johnson was seeing Lucille Cameron, a white woman and former prostitute he would later marry in December of 1912, according to the Ken Burns film Unforgivable Blackness. Cameron did not cooperate with the investigation, which was prompted after Cameron’s mother accused Johnson of kidnapping her daughter. Less than a month later, Johnson was arrested for violating the Mann Act again, this time for transporting a white prostitute from Pittsburgh to Chicago.

Johnson was convicted in June 1913, but he skipped bail and went to Montreal on June 25 where Lucille, now his wife, was waiting for him. The to spent seven years living in Europe, South America and Mexico before Johnson surrendered to authorities on July 20, 1920 at the United States-Mexico boarder. On July 9, 1921, Johnson was released from federal prison.

Despite previous efforts to get Johnson pardoned following his death in 1946, but they all fell short. On May 24, 2018, Donald Trump granted a posthumous pardon to the former champion.

According to BoxRec, Johnson went 56-11-8 during his almost 35-year career.