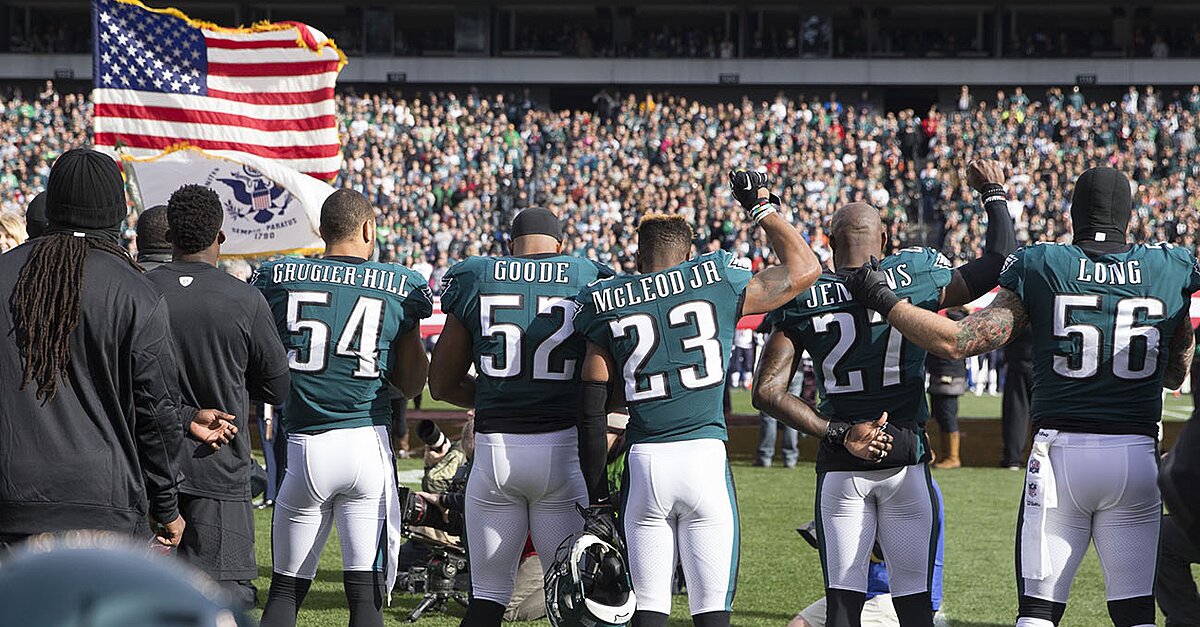 The White House released another statement about canceling the Eagles’ visit and how the team tried to reschedule for a time Donald Trump wouldn’t be there.

The White House issued a statement Tuesday, further elaborating on the decision to disinvite the Eagles from their visit that was scheduled for Tuesday.

On Monday, Philadelphia learned its trip to the White House had been canceled, with the White House citing the team’s approach to standing for the national anthem as the issue that forced the invitation to be revoked. However, none of the players on the Eagles kneeled during the anthem during the last regular season or postseason.

In a new statement from the White House, it details how the Eagles tried to reschedule the event after submitting a list of attendees and why the White House decided the team would not be welcome.

Read the statement below:

After extensive discussions with the Eagles organization, which began in February, the team accepted an invitation from the President to attend a June 5 celebration of their victory in Super Bowl LII at the White House.

On Thursday, May 31, the team notified the White House of 81 individuals, including players, coaches, management, and support personnel, who would attend the event. On Friday, the Secret Service cleared them for participation. These individuals, along with more than 1,000 Eagles fans, were scheduled to attend the event.

Late Friday, citing the fact that many players would not be in attendance, the team contacted the White House again, and attempted to reschedule the event. The President, however, had already announced that he would be traveling overseas on the dates the Eagles proposed. The White House, despite lacking a sense of good faith, nonetheless attempted to work with the Eagles over the weekend to change the event format that could accommodate a smaller group of players. Unfortunately, the Eagles offered to send only a tiny handful of representatives, while making clear that the great majority of players would not attend the event, despite planning to be in D.C. today. In other words, the vast majority of the Eagles team decided to abandon their fans.

Upon learning these facts, the President decided to change the event so that it would be a a celebration of the American flag with the Eagles fans and performances by United States Marine Band and the United States Army Chorus.

On Tuesday, Donald Trump also tweeted out his plans for “A Celebration of America,” the event he will be hosting instead of having the eagles visit the White House.

When the White House initially announced it was uninviting the Eagles, Philadelphia mayor Jim Kenney offered to host the team at City Hall to celebrate the championship.