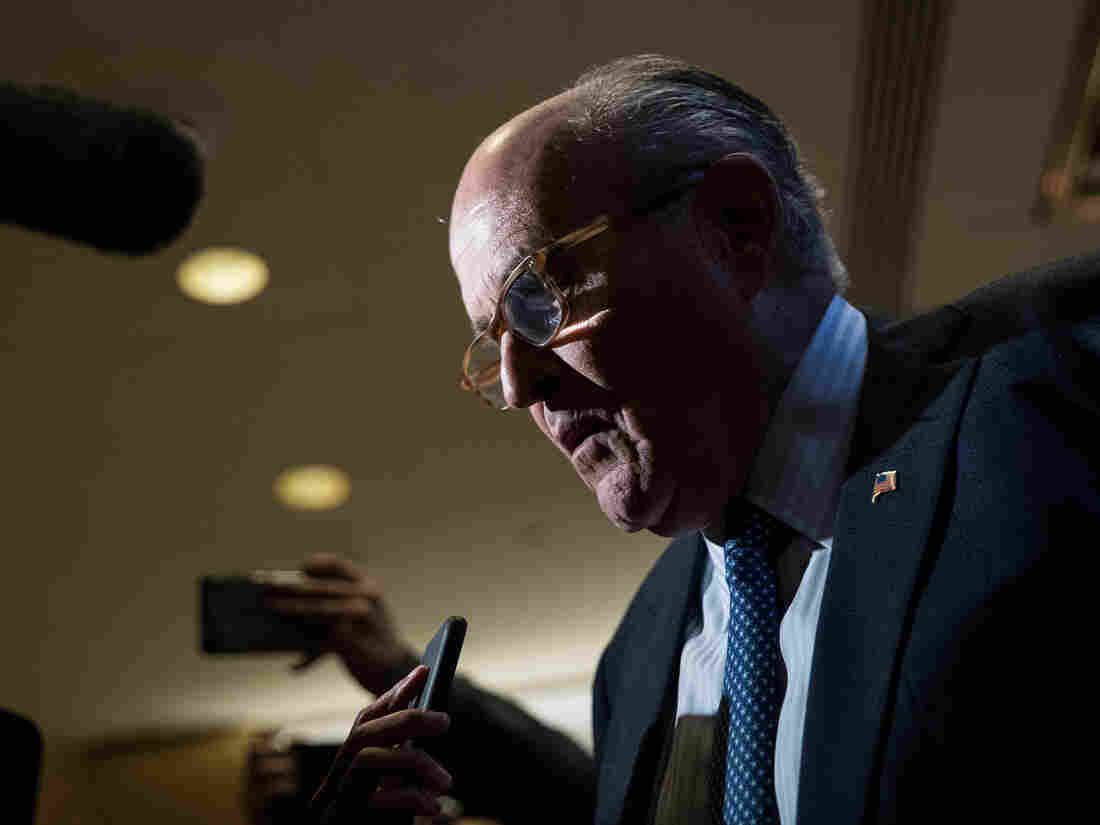 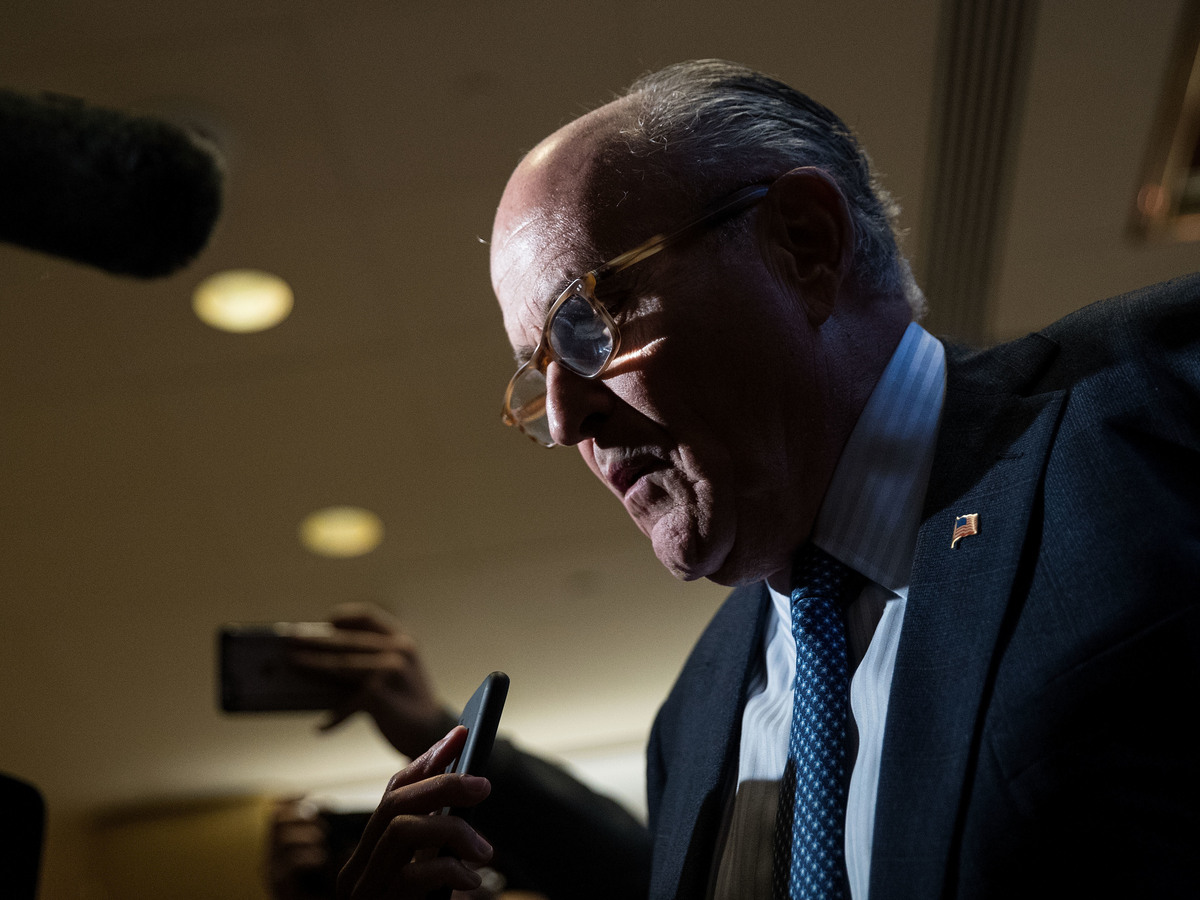 President Trump’s newly aggressive stance toward special counsel Robert Mueller will be the biggest test yet of the work he and allies have carried on for months to shape the political landscape among their supporters.

Trump and his attorneys appear to be hardening their attitude toward Mueller’s office as discussion continues swirling about a potential presidential interview — whether Trump should agree, or risk a subpoena, or fight it, or invoke his Fifth Amendment right not to give evidence.

If Trump feels comfortable fighting, it will be in part because he and his supporters say Mueller’s office is hopelessly biased — so not cooperating is the only logical choice.

“The Russia Witch Hunt is rapidly losing credibility,” Trump wrote on Twitter on Monday. “House Intelligence Committee found No Collusion, Coordination or anything else with Russia. So now the Probe says OK, what else is there? How about Obstruction for a made up, phony crime.There is no O, it’s called Fighting Back.”

The Russia Witch Hunt is rapidly losing credibility. House Intelligence Committee found No Collusion, Coordination or anything else with Russia. So now the Probe says OK, what else is there? How about Obstruction for a made up, phony crime.There is no O, it’s called Fighting Back

Later he wrote: “The 13 Angry Democrats in charge of the Russian Witch Hunt are starting to find out that there is a Court System in place that actually protects people from injustice…and just wait ’till the Courts get to see your unrevealed Conflicts of Interest!”

The 13 Angry Democrats in charge of the Russian Witch Hunt are starting to find out that there is a Court System in place that actually protects people from injustice…and just wait ‘till the Courts get to see your unrevealed Conflicts of Interest!

Mueller is a Republican. Trump and his allies complain that the past political support of Democrats by people inside the special counsel’s office mean they cannot investigate honestly.

The House intelligence committee’s majority Republicans said they found no conspiracy between Trump campaign aides and the Russian attack on the 2016 election and that the contacts between campaign aides and Russians were simply “ill-advised.” The panel’s minority Democrats said Republicans did not conduct a serious and complete investigation.

Trump argues that should have ended the matter, but the Justice Department and Senate Intelligence committee Russia investigations remain open — which irks the president.

“Is this Phony Witch Hunt going to go on even longer so it wrongfully impacts the Mid-Term Elections, which is what the Democrats always intended?” Trump wrote later on Monday. “Republicans better get tough and smart before it is too late!”

Is this Phony Witch Hunt going to go on even longer so it wrongfully impacts the Mid-Term Elections, which is what the Democrats always intended? Republicans better get tough and smart before it is too late!

Trump probably has little to fear from his own Republicans. House Judiciary and Intelligence committee members have been complaining for months about what they call the “bias” in the FBI and Justice Department and the abuses of power they say have been uncovered.

They also have been targeting Mueller specifically since last year — Florida Rep. Matt Gaetz, for example, said in November that Mueller’s office amounts to an insurgency within the federal government.

“We are at risk of a coup d’état in this country if we allow an unaccountable person with no oversight to undermine the duly elected president of the United States — and I would offer that is precisely what is happening right now,” he said.

House intelligence committee chairman Rep. Devin Nunes, R-Calif., followed up with his declassified memo and then the final report that Trump has embraced. And although Trump’s lawyers spent much of the intervening time careful to say they were cooperating with Mueller if not praising him outright, that line has changed.

“There’s no question that the amount of government misconduct is accumulating,” attorney Rudy Giuliani told ABC’s This Week on Sunday. “I happen to believe it’s greater than anybody realizes. Very embarrassing to my former Justice Department.”

Giuliani was the U.S. attorney for the Southern District of New York before he was elected to mayor and, more recently, joined the Trump team. He said on Sunday that given the way that Mueller’s office has “undermined” itself, he had to hold open the option for Trump not to cooperate.

“We have situations like Judge Ellis saying that they’re out of control and they’re not authorized, and they refuse to give the judge their authorization — what’s going on with that, George?” Giuliani asked. “God almighty.”

Ellis asked prosecutors to give him a confidential copy of the full order from Deputy Attorney General Rod Rosenstein that appointed Mueller and set out the scope of his investigation. The copy that has been made public is heavily redacted since it includes secret foreign intelligence information.

Nunes and House Republicans want that document too as part of their campaign to prove that Mueller’s office has overstepped its authority. The Justice Department has resisted, as it also is resisting giving Nunes other materials in the Russia case, including documents related to its use of the Foreign Intelligence Surveillance Act.

Nunes says if he doesn’t get what he want, he’ll push for Attorney General Jeff Sessions to be held in contempt of Congress.

There are legal reasons as well as political reasons for Trump not to give an interview to Mueller, outside attorneys say.

The special counsel’s office already has concluded guilty pleas with people who’ve admitted lying to investigators, and the same risk could apply in an extreme situation if Mueller got a subpoena to try to compel Trump to appear before a grand jury.

“It would be very risky, I think, for the president to go in,” former Associate Deputy Attorney General Matt Olsen told NPR on Monday, “certainly if he thinks that he can go before the grand jury and try to deceive the grand jury — because there’s so much … that the special counsel knows already.”

What it all boils down to is an environment in which Trump may benefit legally from not cooperating and pay no political price with allies in Congress and his most loyal supporters.

Even so, Trump or his legal advisers may not simply be able to issue a blanket declaration that the president won’t talk. Olsen suggested they may have to respond to individual questions, or individual topic areas like those that have appeared in the press.

“You really have two choices: You tell the truth or you take the Fifth Amendment,” Olsen said. “The president, like any witness, has the right to plead the Fifth … [but] an important point here is that you cannot just assert a blanket Fifth Amendment ‘I’m not going to testify.’ That has to be asserted on a question by question basis.”