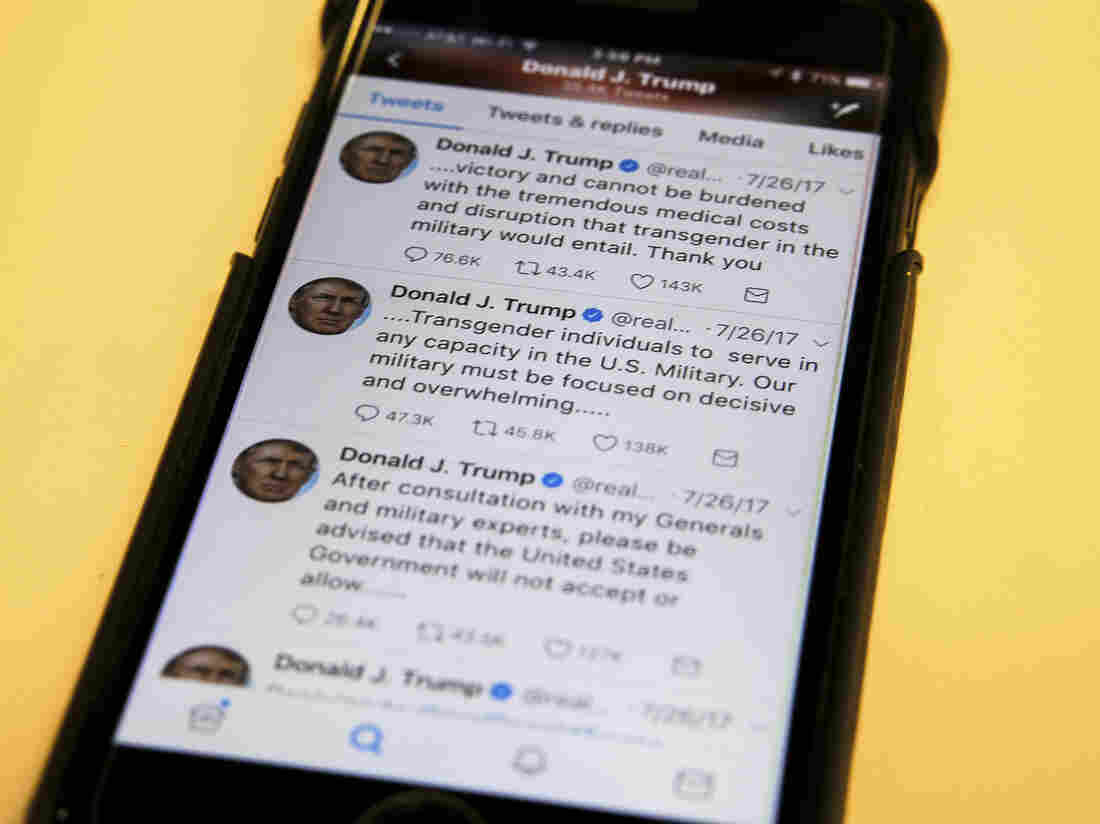 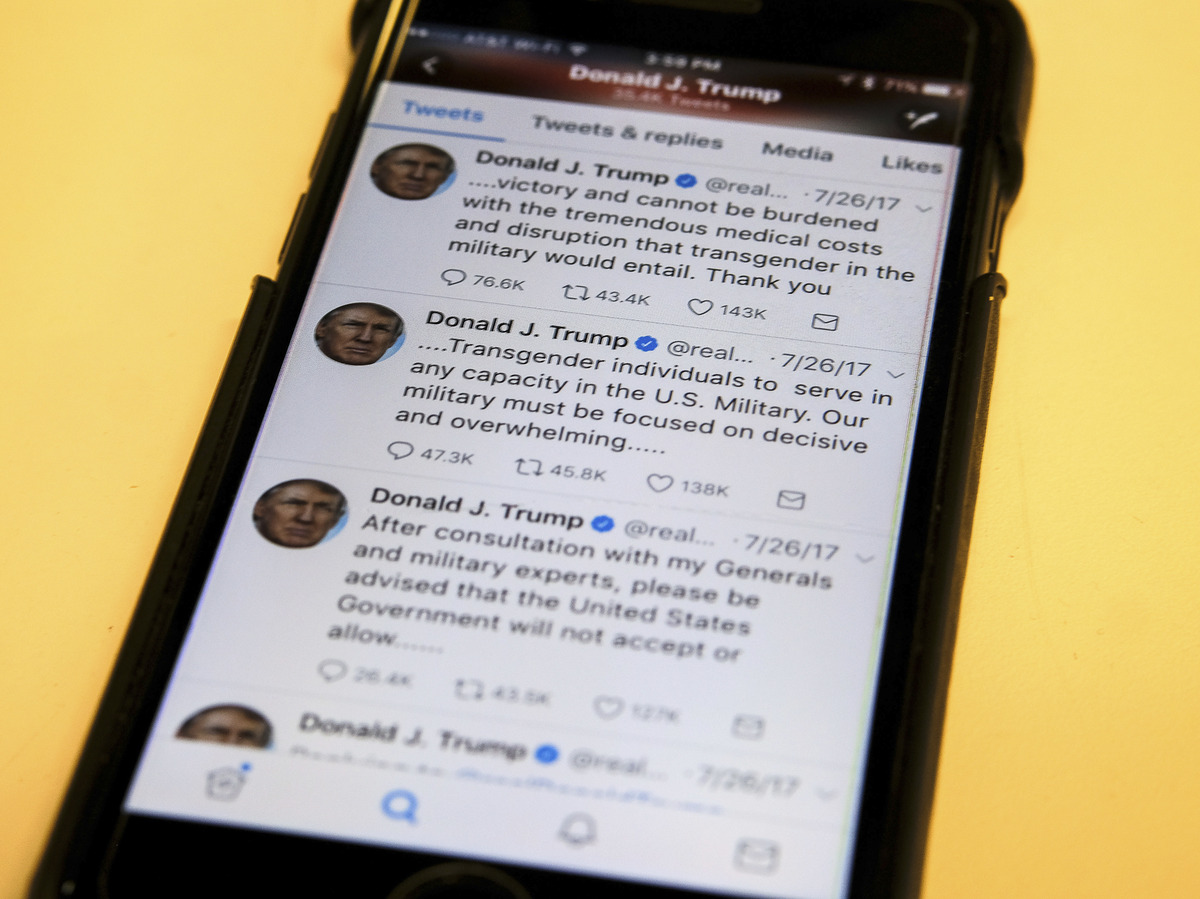 President Trump’s tweeter feed is photographed on a mobile phone in Washington, in August.

The Justice Department is appealing a ruling made last month that President Trump cannot block followers to his Twitter account based on their political views, according to a court filing.

In the past, the president has blocked critics from his @realDonaldTrump account, ranging from novelist Stephen King, comedian Rosie O’Donnell as well as Philip Cohen, a professor of sociology at the University of Maryland who is one of seven plaintiffs in the case.

Blocked followers are unable to reply directly to the president’s tweets.

In the May 23 ruling, U.S. District Judge Naomi Reice Buchwald said that the president’s account, which has more than 52 million followers, is a “public forum” and that blocking users is a violation of the First Amendment’s free speech guarantee.

However, Buchwald did rule that Trump could “mute” users he wished to ignore, which would still allow them to respond to his tweets.

As NPR’s David Folkenflik reported last month, “Buchwald did not order any compensation for damages but instead offered a declarative judgment — one that involved declarative statements from the judge. ‘[N]o government official — including the President — is above the law,’ she wrote, ‘and all government officials are presumed to follow the law as has been declared.'”

Previously, the Justice Department argued that a ruling such as the one handed down last month, “would send the First Amendment deep into uncharted waters to hold that a president’s choices about whom to follow, and whom to block, on Twitter … violate the Constitution,” Justice Department attorney Michael Baer wrote in August 2017, according to Politico.

Meanwhile, Jameel Jaffer, a lawyer for the seven plaintiffs who sued, was quoted by Reuters as saying that the @realDonaldTrump account had unblocked all seven plaintiffs on Monday in line with the May ruling.

“We’re pleased that the White House unblocked our clients from the President’s Twitter account but disappointed that the government intends to appeal the district court’s thoughtful and well-supported ruling,” Jaffer said in an email to Reuters.