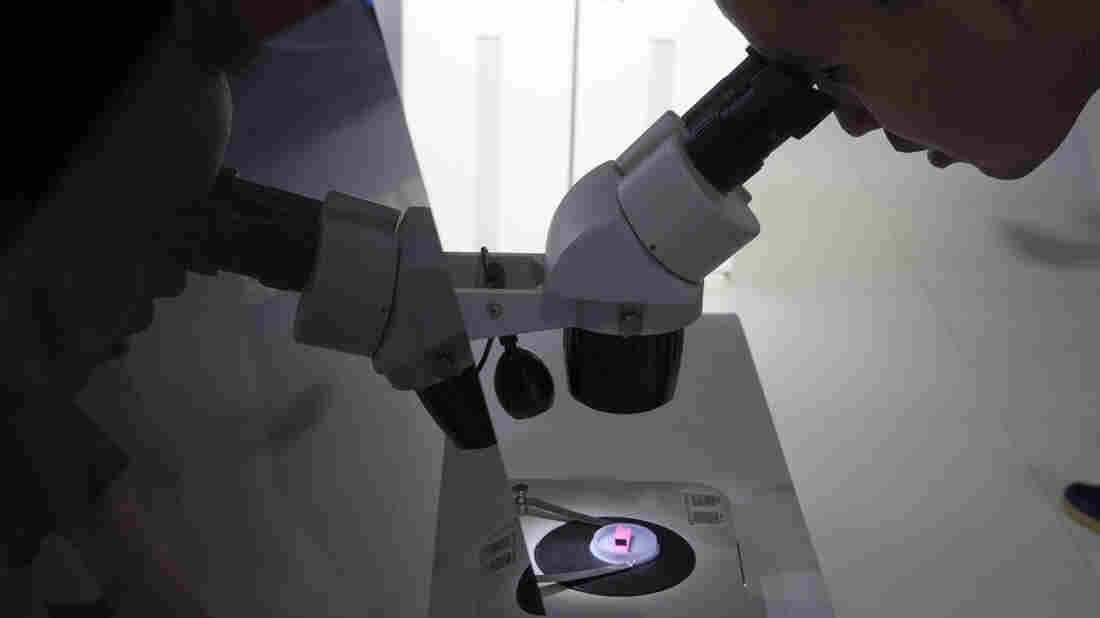 A visitor to the 21st China Beijing International High-Tech Expo looks at a computer chip through a microscope. The White House said Tuesday that it will impose tariffs on $50 billion in imports from China containing “industrially significant technology.” Ng Han Guan/AP hide caption 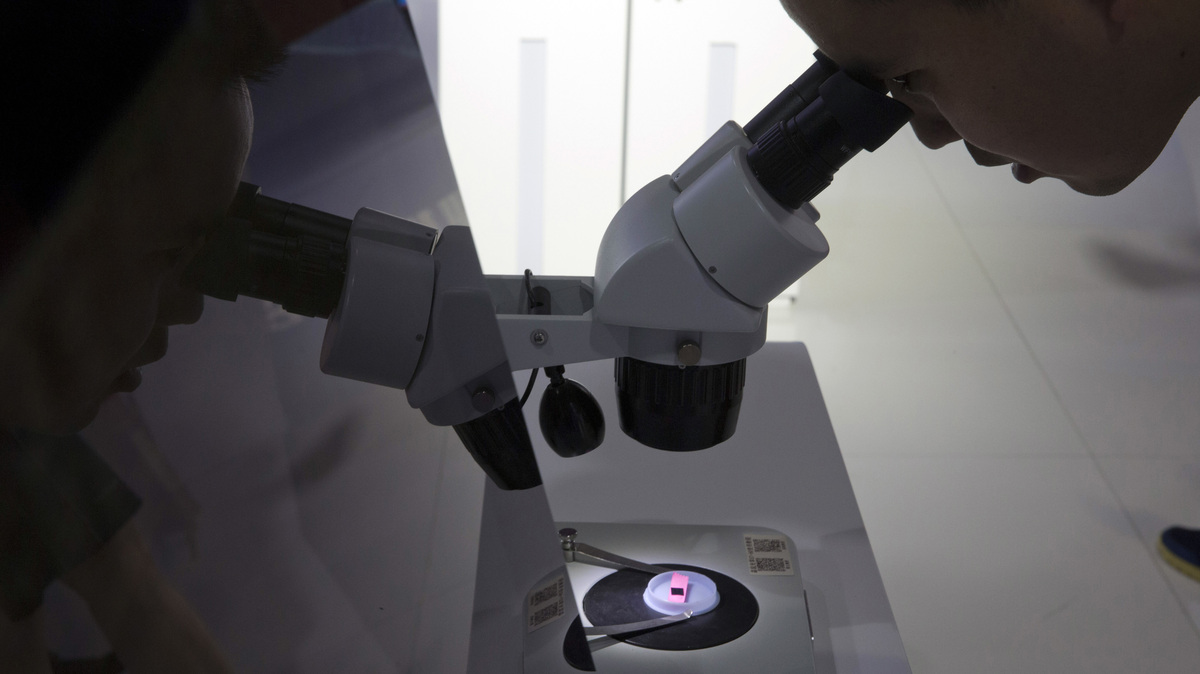 A visitor to the 21st China Beijing International High-Tech Expo looks at a computer chip through a microscope. The White House said Tuesday that it will impose tariffs on $50 billion in imports from China containing “industrially significant technology.”

The White House says it will impose a 25 percent tariff on $50 billion of Chinese goods with “industrially significant technology.” The full list of products affected will be announced by June 15 and the tariffs will be implemented “shortly thereafter,” according to the administration.

The White House also says that it will announce and impose investment restrictions and enhanced export controls on Chinese individuals and organizations, to prevent them from acquiring U.S. technology. Those restrictions will be announced by June 30, the Trump administration says, and will also be implemented “shortly thereafter.”

The declaration of further sanctions had been expected last week but was apparently delayed.

Tuesday’s announcement comes amid mixed messages from the White House about a “trade war” with China. In March, President Trump signaled his plans to put tariffs on Chinese-made goods. And last month, the U.S. began announcing specific tariffs, prompting a tit-for-tat of escalating proposals and retaliatory threats.

More recently, the two countries have seemed to signal an appetite for de-escalation. China cut tariffs on U.S. automobiles and Trump has pledged support for ZTE, a Chinese company affected negatively by U.S. sanctions.

Just over a week ago, Treasury Secretary Steven Mnuchin said the trade war with China was “on hold.” He said the two countries were in talks and had made “meaningful progress.”

But Larry Kudlow, the director of the national economic council, said there was “no agreement” for a trade deal that could avert a trade war, and that he never anticipated one.

Now Wilbur Ross, the U.S. Commerce Secretary, is planning to return to Beijing on Saturday for another round of talks in the ongoing trade and intellectual property dispute.

In the same statement on Tuesday, the White House said that the U.S. will “continue to pursue litigation at the World Trade Organization” over allegations that China steals U.S. intellectual property.

That case was filed in March, and is currently being disputed. On Monday, representatives of the two countries met at the WTO, where, Reuters reports, the U.S. said Chinese laws allow Chinese countries to demand technology-sharing from foreign firms that want to do business. China said the claims were unproven and sometimes speculative.

China, meanwhile, has filed its own WTO dispute against the U.S., over Trump’s earlier tariff proposals.