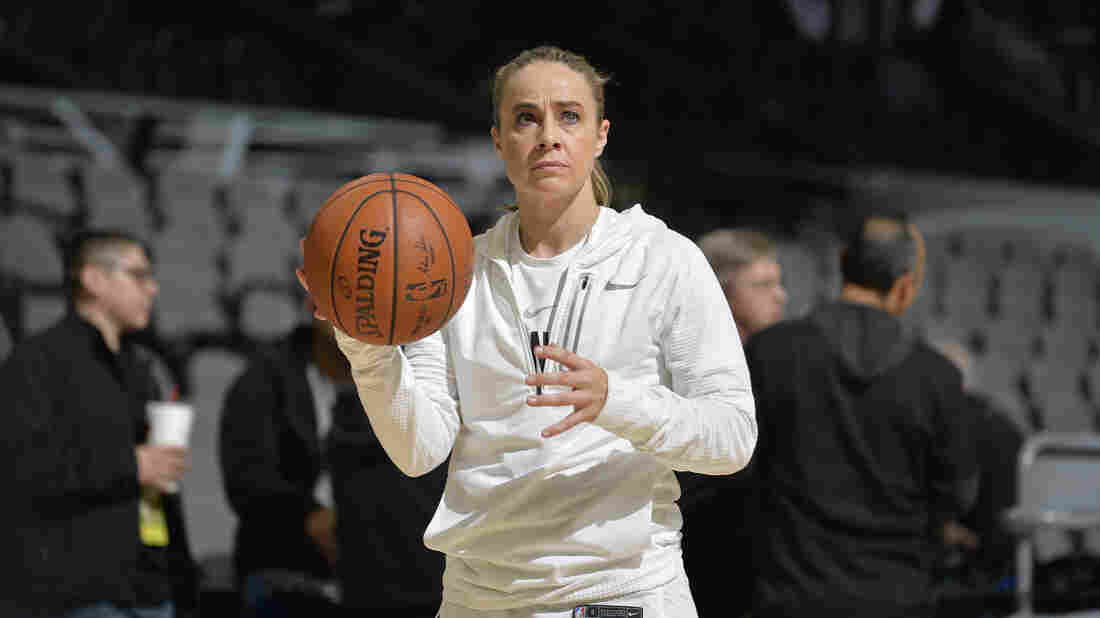 Becky Hammon of the San Antonio Spurs looks on before the game against the LA Clippers on Dec. 18, in San Antonio, Texas. Mark Sobhani/NBAE/Getty Images hide caption 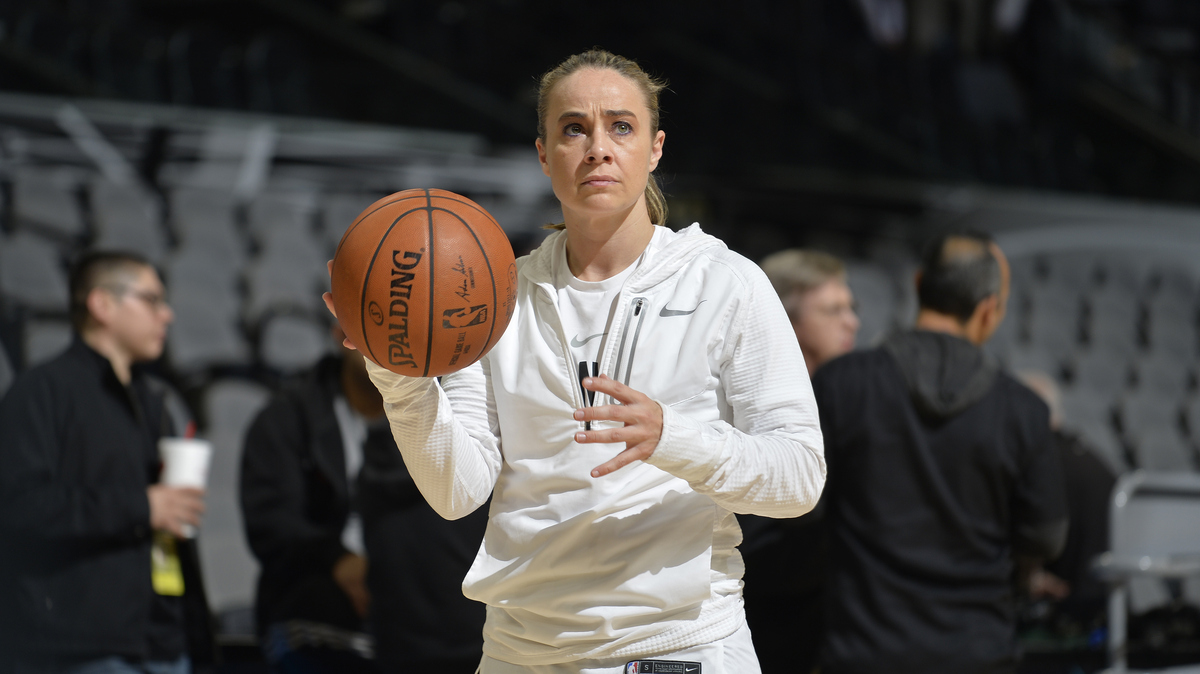 Becky Hammon of the San Antonio Spurs looks on before the game against the LA Clippers on Dec. 18, in San Antonio, Texas.

When an NBA team interviews potential head coaches, it’s a big deal on sports sites and the fan blogs. It gets a write-up in the hometown paper.

It’s not usually headline news at the New York Times, The Washington Post, Vogue and Salon.

But this month, after another underwhelming season, the Milwaukee Bucks reportedly invited Becky Hammon, an assistant coach for the San Antonio Spurs, for a first-round interview — making her the first woman ever with a shot at an NBA head coach position.

As the interview process moved forward, the New York Times’ Frank Bruni opined: “She’s making cracks in a glass ceiling few people even noticed, because few could imagine a woman aspiring to — or being considered for — such a role.”

Hammon got an interview, to be clear. She was never reported to be the frontrunner for the job.

That honor goes to Michael Budenholzer, the recently departed head coach of the Atlanta Hawks — and, like Hammon, a disciple of legendary Spurs coach Gregg Popovich. ESPN reports that Ettore Messina is the other top finalist for the job.

But many commentators suspect that Hammon will be head coach of some team, sooner rather than later.

And they’re taking this chance to hash out the debate over whether the sport is ready.

Before Hammon’s interview was reported, sports radio host Mike Francesca said the odds were “a million to one” that she would ever become a head coach, and it was “not even something that would make sense to aspire to … It’s a gender situation.”

After the news broke, Pau Gasol, a San Antonio Spurs player who has experienced Hammon’s coaching firsthand, wrote an open letter to, as he put it, “knock down a few of the silly arguments and talking points against Coach Hammon’s candidacy — and the larger idea of a female NBA head coach — that I’ve seen floating around.”

The idea that a woman can’t coach men? “If you’re making that argument to anyone who’s actually played any high-level basketball, you’re going to seem really ignorant.”

As for the suggestion that Hammon has her job because it’s good PR: “No. We’re talking about the NBA here — a business where there’s a lot of money on the line, and little patience for mediocrity.”

And the concept that there might be “awkwardness in the locker room,” he said, is “almost too stupid to include,” but he explained how NBA locker rooms work to emphasize that the concern is “just very ridiculous.”

Meanwhile, the Milwaukee Journal Sentinel columnist Gary D’Amato argued against hiring Hammon, not based on her credentials, which he called impressive, but explicitly because of her gender.

“Heaven forbid the Bucks lose a couple close games at the buzzer,” he wrote. “The vocal segment of fans who believe a woman can’t or shouldn’t coach an NBA team would be relentless and cruel in their criticism.”

“… What if she failed? What if the team took a step backward under her leadership? The Bucks would come under fire for allowing a “social experiment” to derail their title aspirations.”

“It’s just too big a gamble,” he concluded.

That prompted a response, a few days later, from another Journal Sentinel sports writer — Lori Nickel, who covers the Packers.

“I am so damn tired of this question I just can’t stand it anymore.”

“My guess is that Hammon … is absolutely qualified to coach in the NBA,” she wrote. “It was good that the Bucks interviewed Hammon to see if her vision aligns with theirs. Why do we even have to ask the question whether Hammon might be a publicity stunt, a token hire? It demeans the whole process.”

She also noted, rather archly, that it might not matter who coaches the Bucks if the players just can’t score.

In many ways, of course, this conversation isn’t about Hammon at all.

But for what it’s worth, before coaching, Hammon was a point guard with the San Antonio Stars. NPR reported on her WNBA career in 2014, when she became the first woman ever hired as a full-time assistant coach by the NBA:

“In the WNBA, Hammon has been a star in more ways than one — in her 16 seasons, she’s been to six All-Star Games and was named as one of the league’s top 15 players of all time. She also leaves as the Stars’ career leader in assists and 3-point field goals, despite spending half of her career with the New York Liberty.”

As an assistant coach, Hammon coached the Spurs to a Summer League championship victory in Las Vegas.