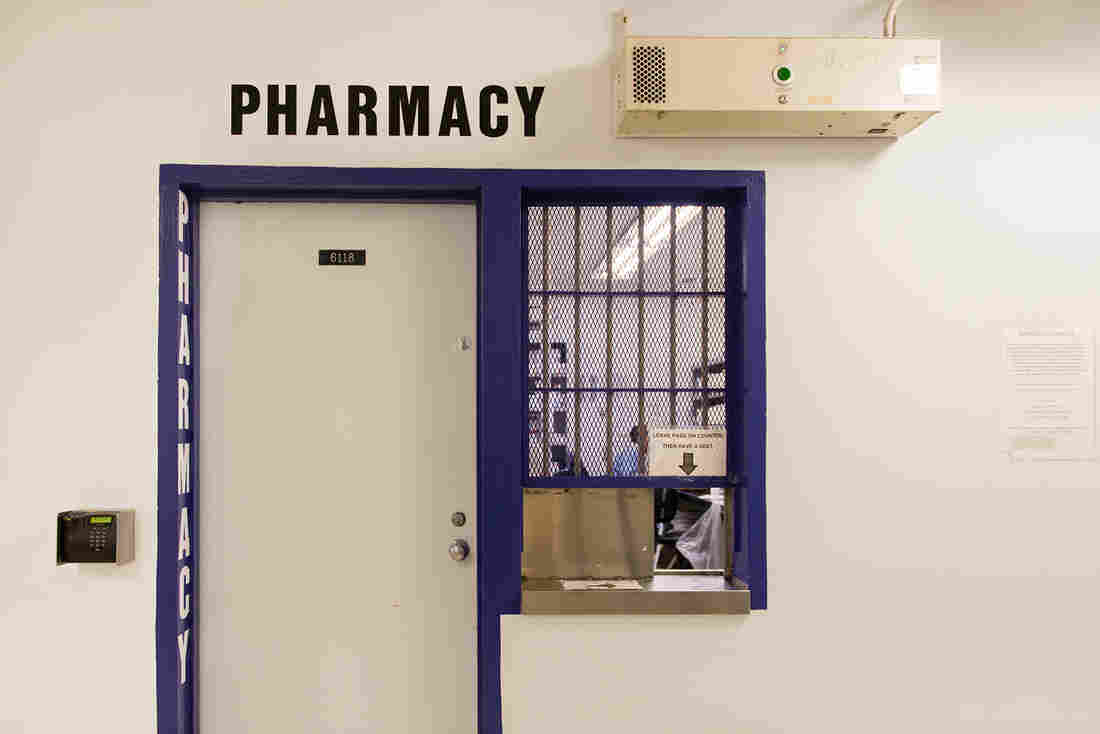 Telemedicine is making it easier for inmates to be seen for special medical needs, like cancer or cardiac care. Heidi de Marco/Kaiser Health News hide caption 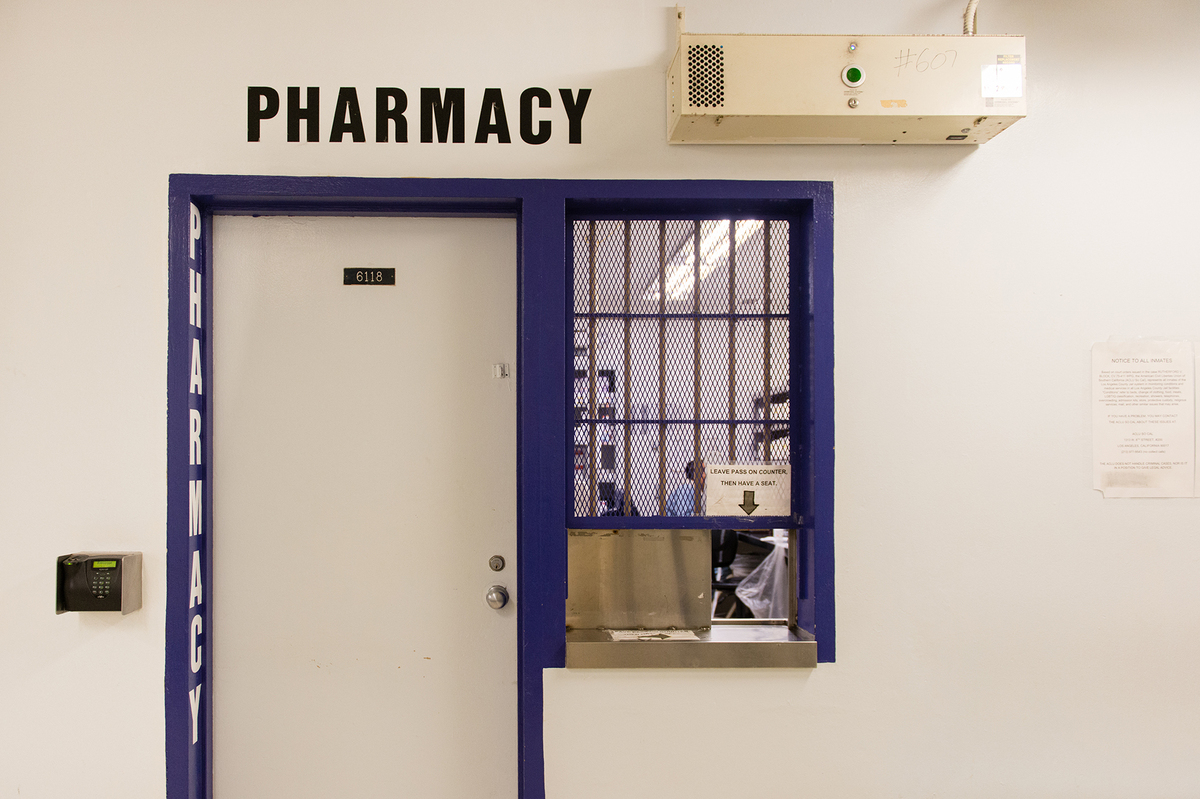 Telemedicine is making it easier for inmates to be seen for special medical needs, like cancer or cardiac care.

When an inmate needs to see a medical specialist, getting that care can be complicated.

Prisons are often located in rural areas far from medical centers that have experts in cancer, heart and other disease treatments. Even if the visit just involves a trip to a hospital across town, the inmate must be transported under guard, often in shackles.

The whole process is expensive for the correctional facility and time-consuming for the patient.

Given the challenges, it’s no wonder many correctional facilities have embraced telemedicine. They use video conferencing to allow inmates to see medical specialists and psychiatrists without ever leaving the facility.

A survey by the federal Centers for Disease Control and Prevention of prison health care in 2011 found that 30 states out of 45 that responded said they used telemedicine for at least one type of specialty or diagnostic service. The participating states reported that telemedicine was most commonly used for psychiatry (62.2 percent) and cardiology (26.6 percent), according to the research, which was published in 2016.

Among the corrections facilities offering these services is Rikers Island, which houses nine jails on an island near LaGuardia Airport in New York City. It recently began to provide telehealth services for female inmates who need oncology, rheumatology and hematology services. Other specialties are expected to be added in the future.

Male inmates on Rikers have been receiving telehealth services since 2016. Roughly 40 inmates have virtual visits each month with specialists in those same areas as well as infectious disease, urology, dermatology, pulmonology and gastroenterology.

“Initially we implemented [telehealth] for the efficiency part, to avoid hours of transport,” says Dr. Ross MacDonald, chief medical officer for NYC Health + Hospitals/Correctional Health Services, which runs the health care services at Rikers. “But what we’ve learned over time is that it really improves clinical care.” Telehealth allows the referring physician at the jail to consult with the specialist at the hospital as a team, and together clarify information for the patient, MacDonald says.

When the jail’s primary care provider identifies a medical concern that requires a specialist’s attention, the provider will accompany the patient to the jail’s medical clinic and together they’ll consult with a specialist at NYC Health + Hospitals/Elmhurst in Queens who is visible on the monitor. If the patients’ vital signs need to be checked or if she needs other tests, the primary care provider can handle that and communicate results with the specialist.

If after that meeting, a face-to-face exam with the specialist is necessary, that would be scheduled, MacDonald says.

“This is not meant to replace in-person visits, it’s meant to complement them,” he says.

Still, some prisoner advocates worry about the increasing use of telemedicine. Khalil Cumberbatch says he’s concerned that the video visits may heighten inmates’ feelings of isolation. Cumberbatch spent nearly a year on Rikers Island, first as he awaited trial on first-degree robbery charges in the early 2000s and later when he appealed his conviction.

He now works as the associate vice president of policy at the Fortune Society, a nonprofit organization that supports efforts to help prisoners re-enter society after incarceration.

“You’re removing contact with the outside world,” he says. “There’s a level of engagement that can be lost when you’re doing it on the screen.”

But for sick prisoners, that may not be a priority, others say.

“Lots of them don’t want to go to the outside facility,” says Dr. Edward Levine, the medical director for prison care for Ohio State University Wexner Medical Center, which has been doing telemedicine with the Ohio Department of Rehabilitation and Correction since 1995. “These people are sick. They have to get on a bus, it’s bumpy, and there are delays, and if [they’re] not feeling well, they don’t like it.”

Levine estimates he sees up to 150 gastroenterology patients a year at Ohio’s 29 prisons through telemedicine visits. “You develop a relationship with them the same as you would if you saw them in a clinic,” he says.

Although inmates may owe copayments if they see a doctor or nurse for run-of-the-mill aches and pains, they won’t generally have to pay for specialty care, whether provided on-site or through telemedicine, says Dr. Anne Spaulding, an epidemiologist and associate professor at Emory University’s public health school in Atlanta who has worked as a medical director in corrections. That’s because a medical provider typically initiates specialty care. Inmates are more commonly charged for medical visits that they initiate, she says.

Telemedicine can improve continuity of care and help patients keep chronic conditions under control. In one study of HIV-infected adults incarcerated at Illinois Department of Corrections facilities, 91 percent of telemedicine patients achieved complete suppression of the virus during the first six visits, compared with 59 percent of patients who received standard care on-site at the facilities. The study credited the results to having specialists provide evidence-based, up-to-date care through telemedicine, rather than relying on primary care physicians at the correctional facilities.

“If we can see them in real time without having to leave the facility, we get better outcomes,” says Dr. Jeremy Young, an infectious-disease specialist and associate professor of medicine at the University of Illinois at Chicago, who was the lead author of the study.

Kaiser Health News is a nonprofit news service covering health issues. It is an editorially independent program of the Kaiser Family Foundation which is not affiliated with Kaiser Permanente. Follow Michelle Andrews on Twitter: @mandrews110.