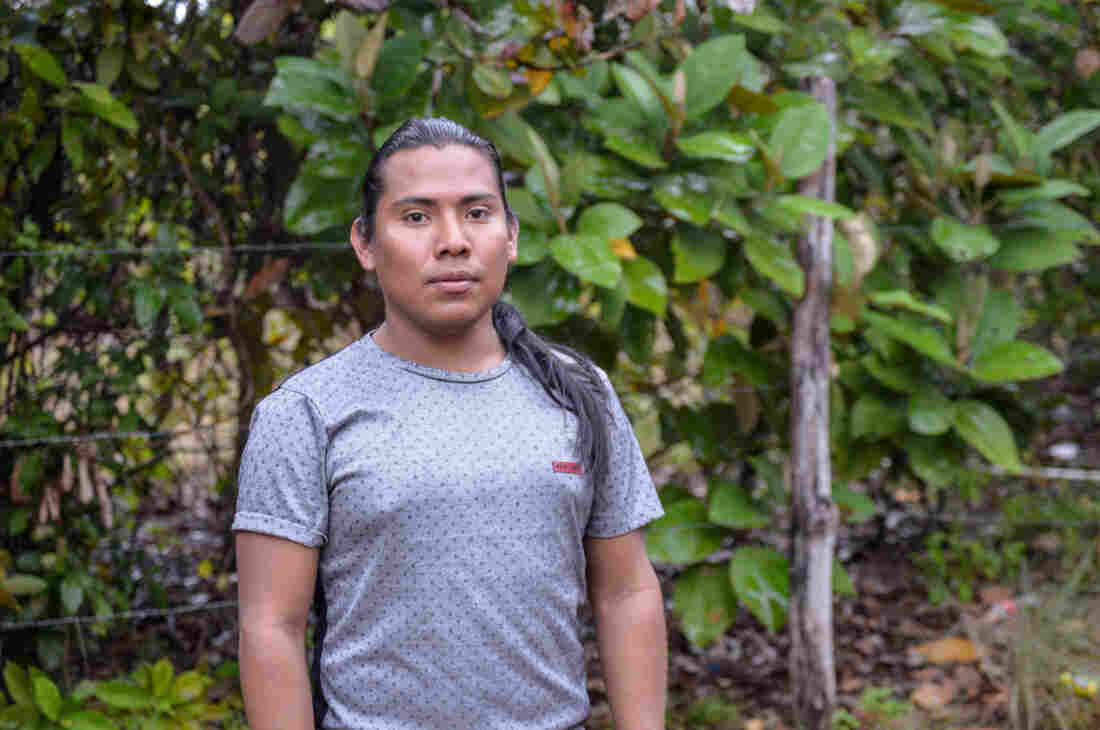 Dario Garcia, a lawyer in Panama, visits people who are HIV positive to see if they’re taking their medications. Garcia himself is HIV positive. “I feel alone,” he says. “I believe the most support I have now is from others who have been diagnosed.” Jacob McCleland for NPR hide caption 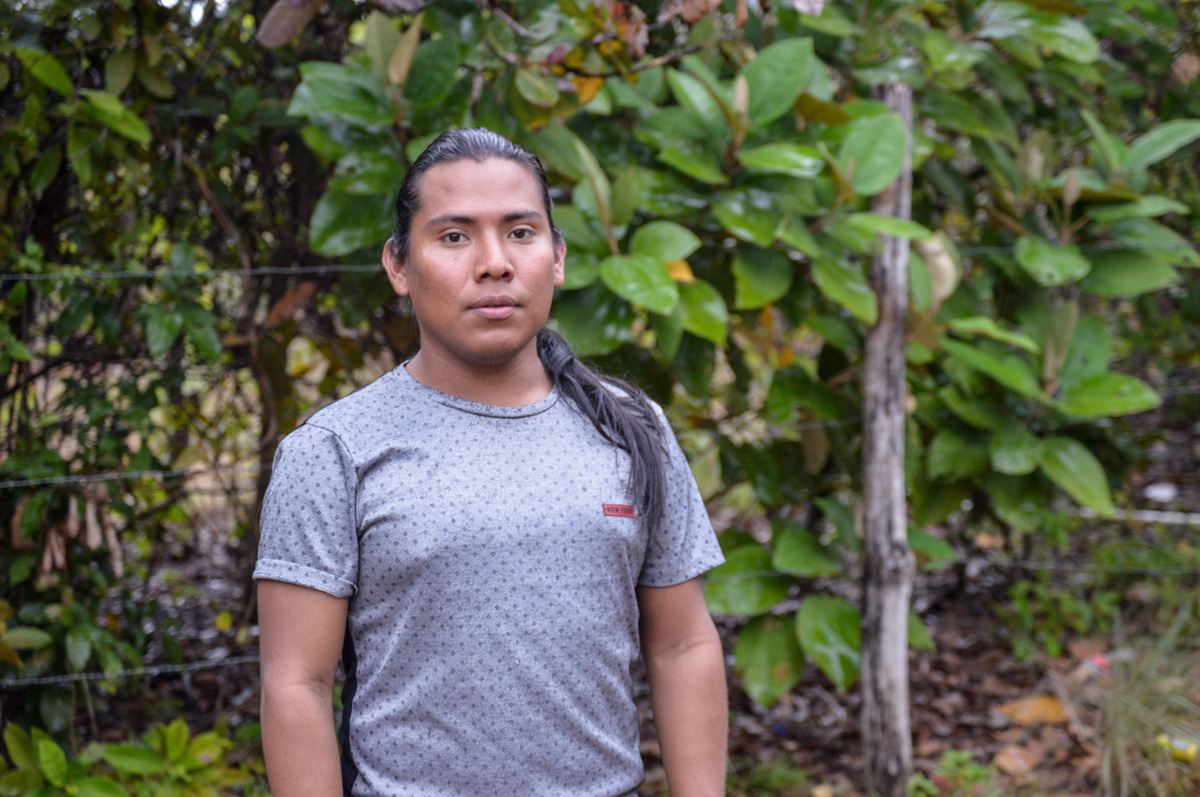 Dario Garcia, a lawyer in Panama, visits people who are HIV positive to see if they’re taking their medications. Garcia himself is HIV positive. “I feel alone,” he says. “I believe the most support I have now is from others who have been diagnosed.”

A short man with a ponytail peaks through a crack in a sheet-metal fence, calling out to see if anybody’s home. His name is Dario Garcia and he’s checking on some people with HIV to make sure they’re taking their meds.

Garcia walks through the muddy yard, past chickens and scrawny dogs to the cinder block house.

Inside, he finds two men, both indigenous and HIV-positive. At first, they want to talk to Garcia. Then, they spot someone outside — a neighbor or a family member. They clam up. One man backs into the corner of the room. If he could dissolve into the ash-gray wall, he would. Nobody else in the household knows they have HIV, and the men are afraid to be overheard. Garcia quickly changes the subject. A few minutes later, he leaves.

“I still find people with this fear that others will simply hear the word ‘HIV’ spoken around them,” Garcia says in Spanish. “They automatically shut down and don’t talk.”

Garcia is a lawyer and volunteer for an NGO called Viviendo Positivamente, or Living Positively. He says the stigma surrounding HIV is strong. And he knows this firsthand — he, too, is HIV positive.

“The greatest discrimination that exists for a person with HIV is in their own family,” Garcia says.

Garcia is an ethnic Ngäbe, the largest indigenous group in Panama, and he’s heartsick about the crisis his people are facing. In other parts of the world, the rate of new HIV infection is on the decline. Here, it’s spiking. About 150,000 people live in the Comarca Ngäbe-Bugle territory, and AIDS is the now the second-leading cause of death there, accounting for more than 8 percent of deaths. Approximately 2.5 percent of people who live in the Comarca Ngäbe-Bugle carry the virus.

What’s behind the spike

Arlene Calvo is a research professor at the University of South Florida’s Panama City campus. She says HIV was unheard of in Ngäbe territory until recently. The first case wasn’t identified until 2001, decades after the virus first ravaged other parts of the world. And now that it’s here, it’s entrenched. 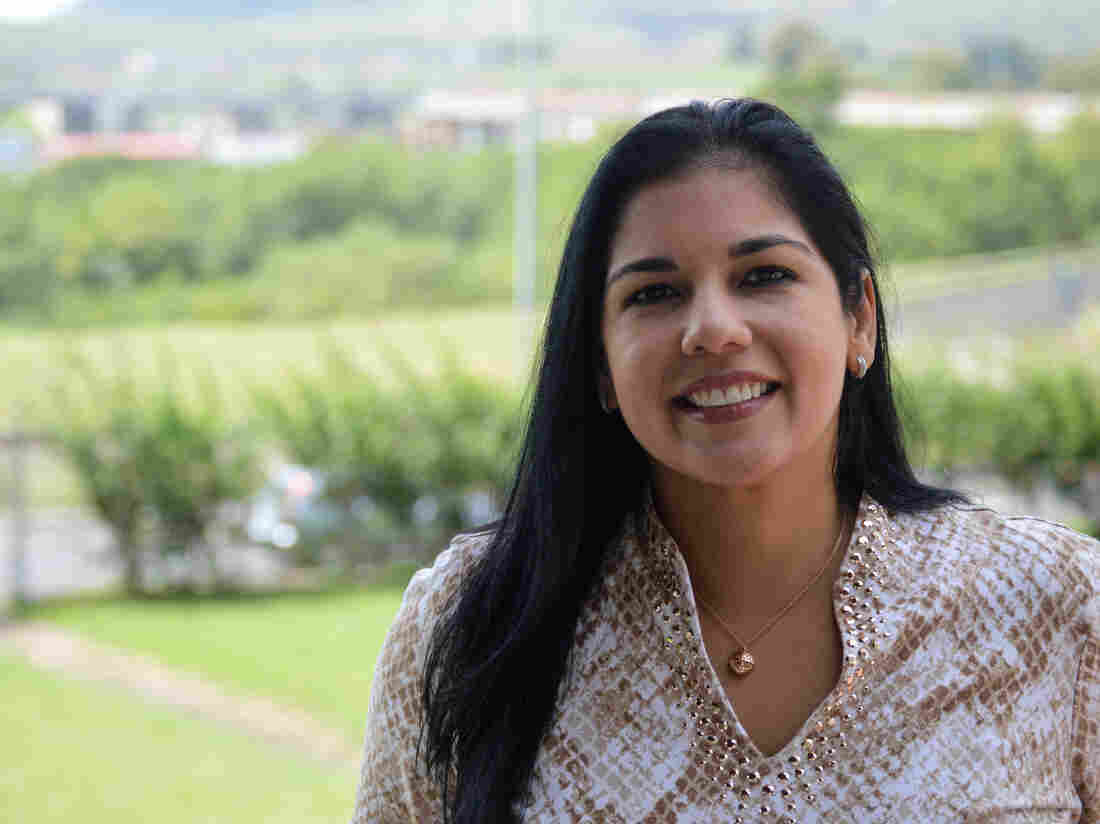 Arlene Calvo, a research professor at the University of South Florida, says the lack of access to health care is one of the biggest barriers to controlling the outbreak. Jacob McCleland for NPR hide caption 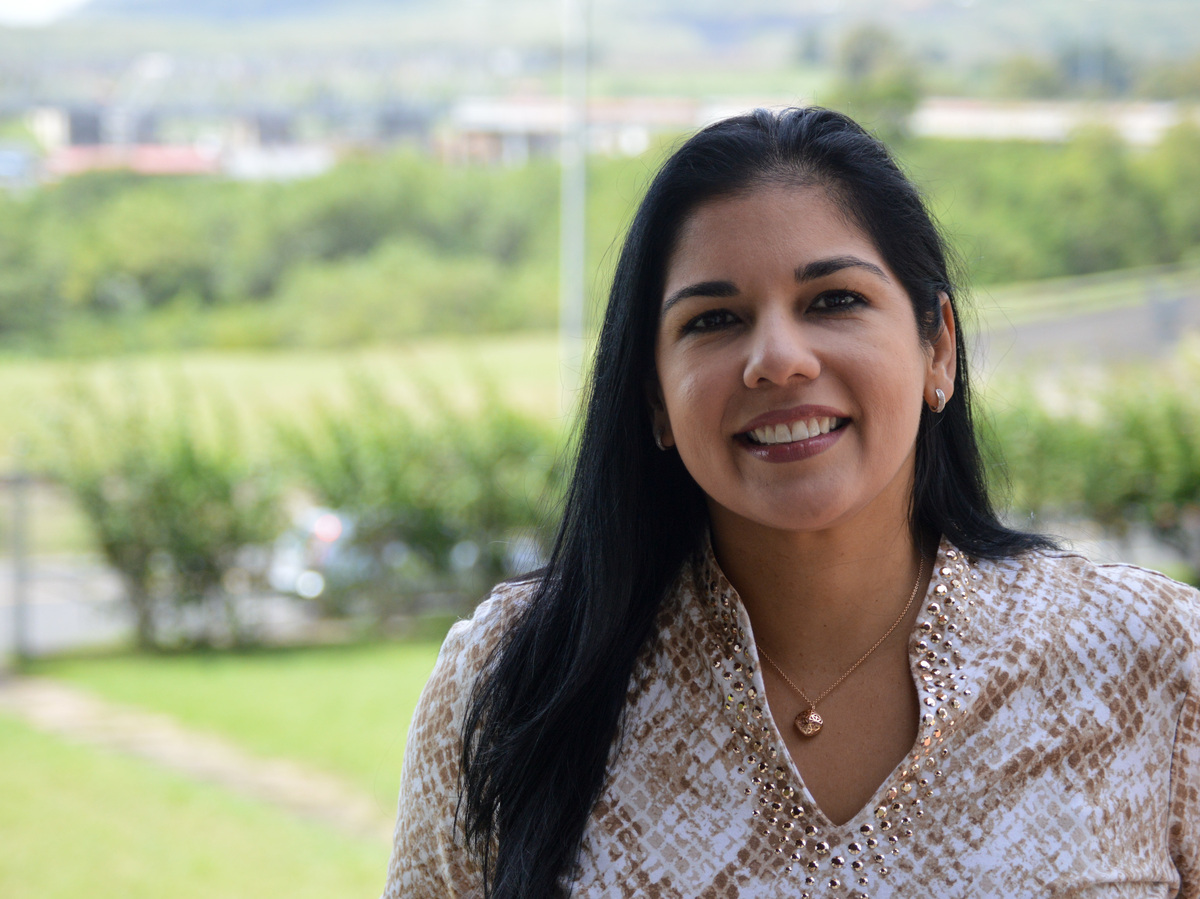 Arlene Calvo, a research professor at the University of South Florida, says the lack of access to health care is one of the biggest barriers to controlling the outbreak.

“It went from having just a few cases to after a few months having 100 identified cases, and probably a year after that having over 500 cases,” Calvo says.

Calvo says there are likely many more Ngäbes with HIV who haven’t been detected, and others are so sick when they are first diagnosed that there’s no way to arrest the disease.

“You have to understand that this is a very rural area, not comparable to rural U.S.,” Calvo says.

The terrain is rugged and mountainous, and many communities aren’t connected by roads. Some villages don’t have electricity or running water. Blood tests must be administered in a hospital by a lab technician, which can mean an 8- to 10-hour trip for the patient, much of it on foot. Calvo says the lack of access to care is one of the biggest barriers to controlling the outbreak.

“Even if you’re healthy, it is very difficult,” Calvo says. “Imagine being sick and trying to do this.”

Many Ngäbes with HIV get antiretroviral treatment at a clinic in the little town of San Felix. The doctor here, Cesar Gantes, says the number one reason HIV has exploded among the Ngäbe people is the lack of economic opportunity in their communities. Many indigenous men lead nomadic lifestyles, traveling to work at coffee harvests on plantations in western Panama, Costa Rica and Nicaragua. They contract HIV while away, then bring it back home.

“When they migrate, they are outside the control of their communities, and their sex practices can diversify,” says anthropologist Patricia Ponce. And that can include sex with other men. She says women who leave their communities can often end up in the sex trade.

Additionally, Gantes says there are no pharmacies to buy condoms in the Ngäbe territory, so it can be difficult to get them. While treatment for HIV is free at the clinic, funded by the government, only about half of his patients continue it largely because they don’t have money for transportation.

“And it is not permitted to talk about sex to our students,” Gantes says. “This is a big barrier that we have because teachers cannot teach freely about sex.”

In 2010, Dr. Gantes had 30 people in treatment for HIV/AIDS. By the end of last year, the number had jumped to approximately 550. Other Ngäbes seek treatment at clinics in the cities of Santiago, David and Changuinola.

Gantes has a solution in mind for those who can’t make it to a clinic. “We are putting together a proposal to get a mobile clinic to bring medical services to the most strategic places inside the Comarca Ngäbe-Bugle so that patients don’t have to pay so much to get here,” he says.

Indigenous communities across Latin America are seeing a similar spike. In such communities in Panama and Honduras, for instance, the prevalence of HIV is as much as six times greater than among the overall population of those countries.

Ponce says myths about HIV’s transmission persist across Latin America’s indigenous communities, according to the few studies that have been conducted.

“They think that through touching, hugging, through sharing food or bathrooms, or through mosquito bites that the virus can be spread,” Ponce says. “They are full of these myths.”

Rosmery Pascasio, from the Ngäbe community of Llano Ñopo, worked as part of a project to education young people about HIV and how to seek treatment. The project’s funding has ended, but Pascasio continues to do the work as a volunteer.

“Many young people who contracted HIV don’t have a future right now because they think they are going to die,” Pascacio says. “We’re teaching them that they can continue treatment, continue working, continue living … and they can help other young people who don’t know how to get treatment.”

One of the young men she has worked with is 31-year-old Mendoza. Sitting on a bench underneath a mango tree in a park in the town of Tolé, Mendoza says he knows that people with HIV can be shunned, so he doesn’t want to use his full name.

“I wouldn’t want another person to live through what I have,” he says.

He’s studying to be a teacher so he can help younger generations of Ngäbes. Mendoza is more fortunate than many HIV patients here. He still lives in his village, and his family, especially his mother, is supportive and helps him receive treatment.

“She has supported me in everything,” Mendoza says. “At least I have somebody who can help me blow off steam.”

Dario Garcia, the young lawyer and volunteer, is not as fortunate.

“My parents don’t accept me because, apart from being HIV positive, I am also gay,” Garcia says.

In the 13 years since his diagnosis, he says he has never had the support of his parents.

“I feel alone,” he says. “I believe the most support I have now is from others who have been diagnosed.”

The people he helps, those who have been diagnosed with HIV, they are his real family now.

Jacob McCleland is the news director at KGOU public radio in Norman, Oklahoma.