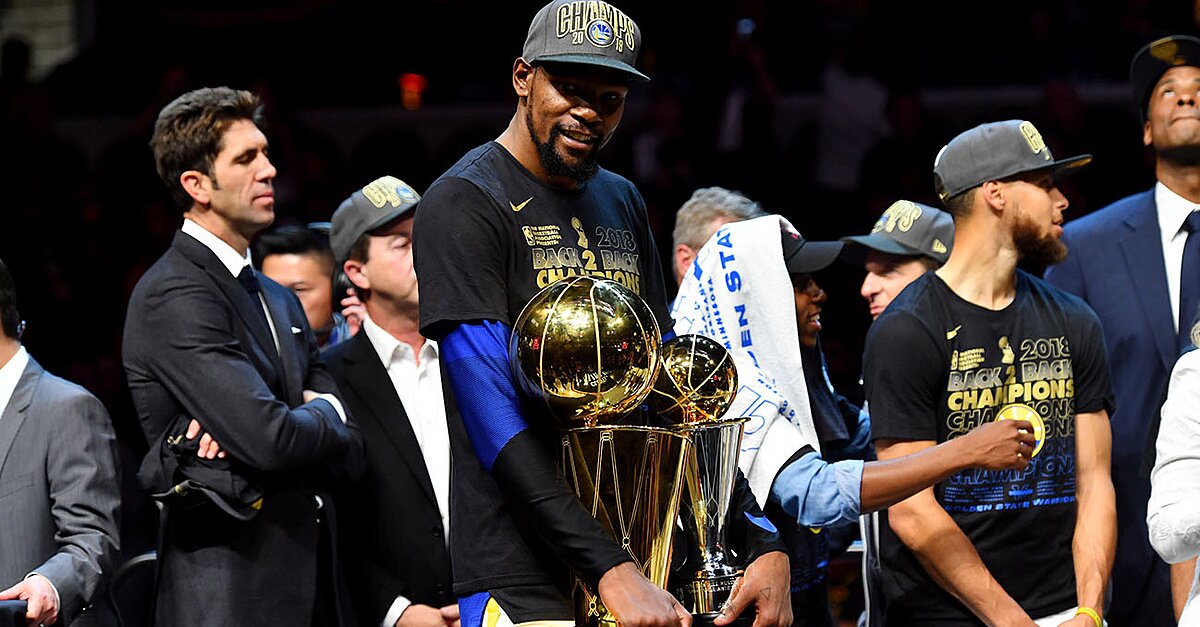 After sweeping the Cleveland Cavaliers to win his second straight title with the Golden State Warriors, Kevin Durant joined elite company as one of just six players to win NBA Finals MVP in consecutive seasons.

The award was first presented in 1969 when Jerry West became the only player to win the award despite losing the series. His Los Angeles Lakers lost in seven games to the Boston Celtics.