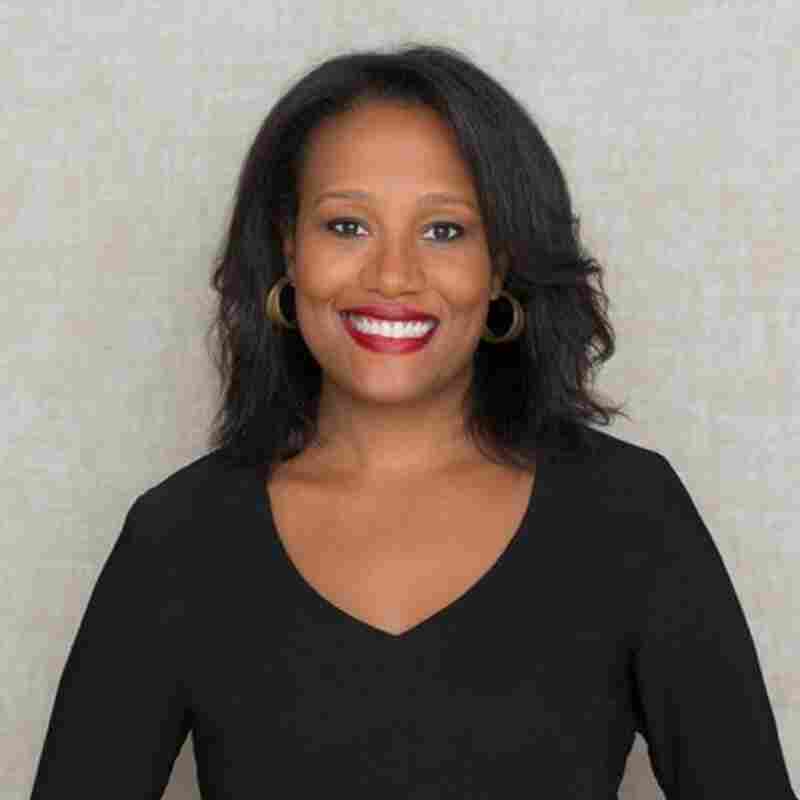 A love story between a black Army nurse and a white German POW during World War II? You couldn’t make that story up — and Alexis Clark didn’t. The former editor at Town & Country is an adjunct professor at Columbia University’s School of Journalism. I spoke with her about her new book, Enemies in Love, and what she learned about hidden Army history and the human heart.

Below is an edited version of our conversation.

What was the inspiration for this book, what got you rolling?

I was really interested in the military after I found out that I was a distant relative of Colonel Charles Young. He was the highest ranking African-American in the army until his death in 1922. So I just started delving into African-Americans who served in the military. And I discovered a book called G.I. Nightingales, and it was about World War II nurses. There was a very brief chapter about black women who served in the Army Nurse Corps.

That’s when I first learned about Elinor Powell, and a little sentence that said she met and later married a German prisoner of war in Arizona. I was like, “Wait a minute. I need to unpack this.”

Who was Elinor Powell, and where did she come from?

Elinor Elizabeth Powell was from a prominent African-American family from Milton, Mass — a progressive suburb outside of Boston. Her family was one of the few black families to settle there. Her father had served in the Great War. So basically, when she joined the Army, she was going in her father’s footsteps serving her country. There weren’t really any stories of egregious racism in Milton — Elinor was largely shielded from that. She had white friends, and went to white schools, and had a great childhood. So she thought she was doing her patriotic duty enlisting to serve in the war.

What happened when she was assigned to an intake base in Arizona?

That was at Fort Huachuca, about an hour and a half outside Tucson. And it was her first encounter with Jim Crow. The military at the time was entirely segregated, and Arizona functioned under Jim Crow. So this was her first experience seeing “Whites Only” and “Colored” signs. It was this great irony — she is serving her country, fighting a war against fascism and racism — and here she was on the receiving end by her own country! She realized that she couldn’t even get served at certain restaurants; she would be wearing her military uniform and they wouldn’t serve her. Or in some instances, they would tell her, “Well, we’ll bring you the food around back…”

She must have been outraged. Did other black soldiers feel the same way?

When I was doing my research, I would read various letters that black soldiers wrote to the NAACP, complaining that here they are serving their military and they’re in train stations and they see German POWs use the dining rooms with American guards. But they didn’t have access. And that was also a shock to the Germans, because in most of their cases, they hadn’t traveled to the United States and they did not encounter African-Americans at home. 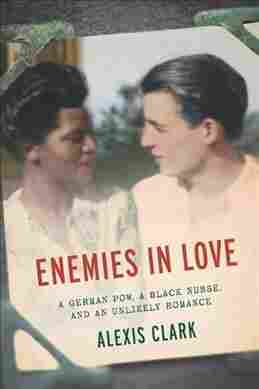 So how did Elinor and her future husband, Frederick Albert, meet?

They met at a prisoner of war camp in Florence, Arizona. The closest city was Phoenix, which is about an hour and a half away. Frederick was a great cook and a baker, and so his assignment was to work in the mess hall. So when the nurses entered for their meal, he spotted Eleanor and he said it was like he was under a spell. He walked right up to her and said, “You should know my name. I’m the man who’s going to marry you.”

Yes! And he wasn’t the only one — she felt it, too. The attraction became stronger and stronger. Eventually they had a relationship. Then the war ended, and it was obvious Frederick was going to be shipped back to Europe at some point; he couldn’t stay at Camp Florence forever. But Frederick and Elinor had a plan. They decided that they should conceive a child, because that was going to be the easiest and quickest way for Frederick to be able to return to the United States, because he would have to support a child. And that’s exactly what happened. So before he was deported, they conceived a child. And then he returned to Germany, and she returned home to Milton, pregnant and unmarried.

I’m sure that was hugely popular with her family!

Well, her father had died a few years before that, but her mother was very proper and she was not happy at all! She thought Elinor was being conned — that Frederick just wanted sex or a green card. But eventually he got permission to return, and they planned a small wedding.

Was that the beginning of their Happily Ever After?

Not exactly. When Frederick moved to the United States to marry Elinor and then start a family together, they struggled. They moved to Boston. They tried to find apartments, find work. As a mixed couple, no one wanted to live next to them; it was hard to get a lease. It was hard for him to find employment because he was German. (Remember, this was right after the war.) And Elinor knew that he was from a wealthy family, and she feared that he would regret his decision.

So at some point, the whole family went to Germany, because they thought that would be easier?

Yes. Frederick’s father had done well after the war, and Frederick was positioned to take over his father’s engineering firm. And that’s what they did. But it was not easy on Elinor. People were pointing, taunting her when she was walking down the street. She remembers that a man dropped his groceries when he saw her and the fruit just rolled down the lane. He couldn’t believe it! She said she felt like an animal in a zoo.

How did she fare with his family? After all, she was black and American, and this was a country where a lot of people believed in Hitler’s Master Race theory….

His mother was very unkind. She didn’t speak fluent English, and she showed her displeasure by screaming at Elinor in German often. Frederick would watch his mother berate his wife, but he didn’t do anything. He was not an aggressive man. He knew Elinor was very unhappy; they realized Germany wasn’t going to work. So they returned to the United States.

They started off in Morton, a suburb of Philadelphia. And they couldn’t enroll their son in the school that’s in their neighborhood — the principal suggested the colored school nearby. So Eleanor pitched a fit and approached the NAACP. At the time, she had to go ahead and put her son in school. But I did see a newspaper clip, and eventually they desegregated the school that they wanted her son to originally attend.

Did the family stay in Morton?

The family moved a lot, trying to find a place that would accept them. Finally they find a community called Village Creek, in South Norwalk, Conn. Frederick got a job at Pepperidge Farms, the baking company. And it literally was a neighborhood that said it’s a prejudice-free zone. So mixed couples, Jewish couples, artists, gays, you name it — they were welcome there.

And that’s where they settled. The only thing that was difficult is that Eleanor and Frederick really didn’t bring up race with their children. So the boys had identity problems. Their older child had to undergo a lot of hardship because of their decision to be together, despite the fact that society was against them.

What did you learn from researching and writing this book?

I learned that black women served this country during World War II. And I learned about their struggles to be even admitted into the Army Nurse Corps. With that came a strict quota, even though there were nursing shortages. Even though President Roosevelt threatened to draft nurses in January 1944 and 1945, the Army rejected thousands of qualified black nurses! They wanted to enlist and they weren’t able to. That was another piece that I found illuminating about the role that blacks have played in the military. And then you have this ‘Love Conquers All’ story between Elinor and Frederick — twenty years before Loving v. Virginia was decided by the Supreme Court.