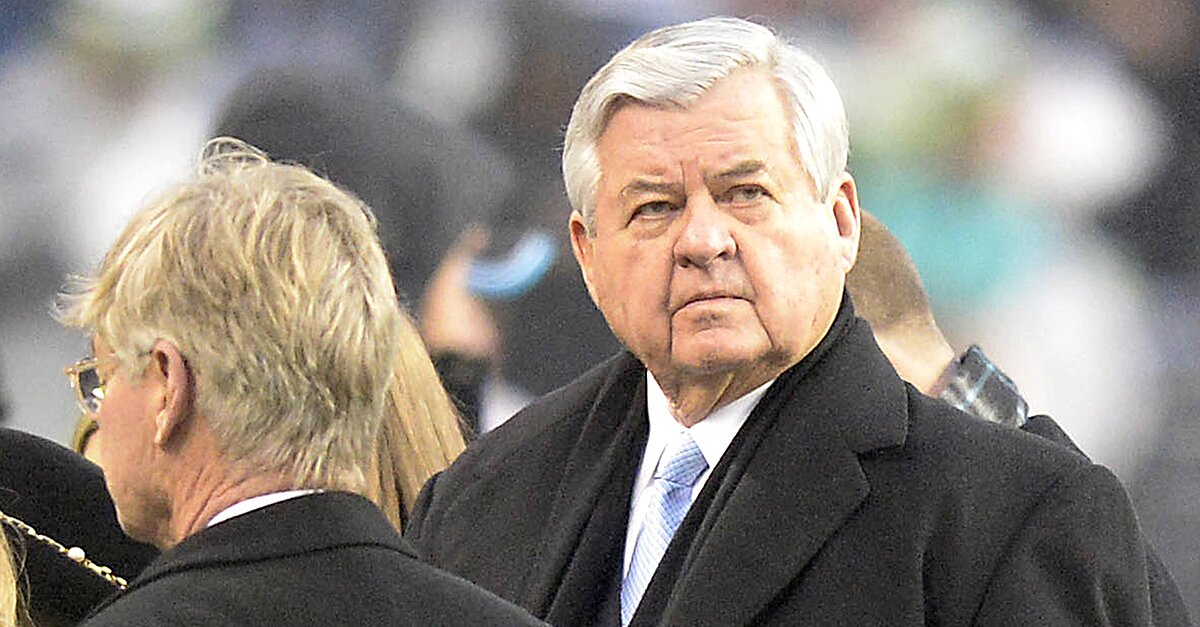 The NFL announced Thursday that it will impose a $2.75 million fine on former Panthers owner Jerry Richardson. A league investigation substantiated workplace misconduct allegations made in a December Sports Illustrated piece, which detailed sexual harassment and racial discrimination. SI reported that Richardson made financial settlements with at least four former employees. The NFL said that its investigation turned up, “similar matters that have not been the subject of public discussion”—in other words, more misconduct than than SI’s story reported. Richardson’s fine will be put towards several organizations that address race- and gender-based issues, and fund league-wide workplace training.

That fine is less than one percent of the $2.3 billion that the Panthers sold for—Richardson, who had a 48% stake in the team, made around $1 billion from the sale. Whether it’s $2.75 million or $200 million, how do you set a price on bad behavior?

Eric Montgomery is an employment lawyer in Charlotte who once worked as an attorney for Richardson’s food service company. (He knows the former Panthers owner personally.) Montgomery says that, although the amount of the fine likely won’t impact Richardson, it’s significant because it’s rare that a CEO-type is fined by the company for workplace misconduct. “I haven’t heard of too many situations where the company fined its own employee for misconduct of this nature,” he says. “If more companies took that approach it would certainly have an effect to curb that kind of behavior. This is certainly a major development in the NFL and hopefully the other sports leagues take notice, and big companies take notice as well.”

Former U.S. attorney and SEC chair Mary Jo White conducted the league’s investigation into Richardson. As a result of her findings, White gave recommendations for the NFL’s conduct committee to consider implementing. One of those recommendations is to specifically prohibit the use of non-disclosure agreements to limit the reporting of potential violations or cooperation in NFL investigations. SI reported that Richardson or the Panthers had reached settlements in exchange for NDAs with at least four employees, a practice that kept his behavior quiet for many years.

Montgomery says paying for silence is a typical practice when it comes to misconduct in the workplace and he’d be shocked if the league put that recommendation into practice. “That would be earth shattering,” he says. “I can’t see a team willing to pay someone half a million and not have a non-disclosure agreement.”

It will be interesting to see which, if any, of White’s recommendations will be adopted by the league. One natural next step among them: a hotline to report workplace misconduct anonymously.

NOW ON THE MMQB: Michael McKnight caught up with Percy Harvin, who addressed his mental health and how he thinks it shaped his life as he takes on an unfamiliar role at Florida: mentor … Conor Orr with an oral history of the greatest team to never make it: the 1998 Vikings … Albert Breer on how the four remaining franchise-tagged players can find their contractual roadmap from Kirk Cousins.

WHAT YOU MAY HAVE MISSED: Jonathan Jones introduces you to the Panthers’ new defensive coordinator, Eric Washington … Greg Bishop on Washington State quarterback Tyler Hilinski’s suicide, and his family’s search to untangle the reasons he took his own life.

3. USA Today’s Nancy Armour argues that the NFL picked the wrong player to go easy on.

4. NFL Network’s Tom Pelissero reported that Winston will not appeal his suspension because it was a negotiated settlement with the NFL.

Nick Foles is out here skipping meals to make sure every Eagles fan gets a signed copy of his book.