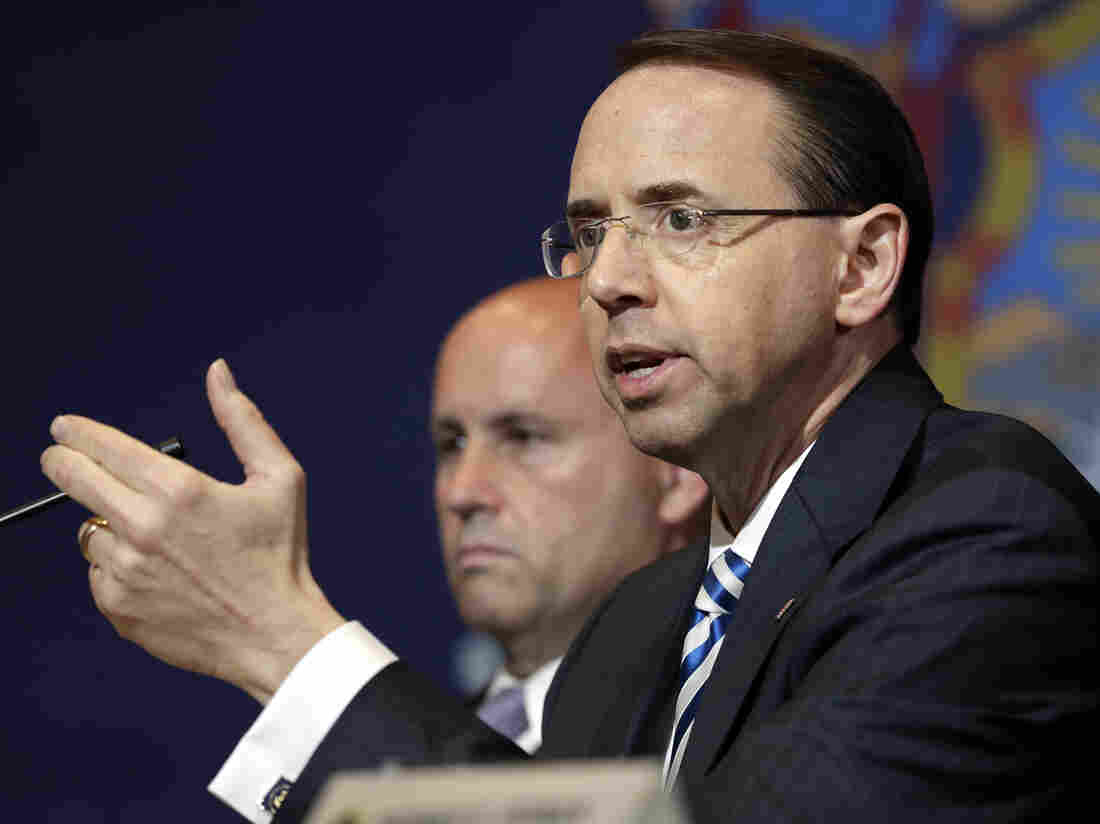 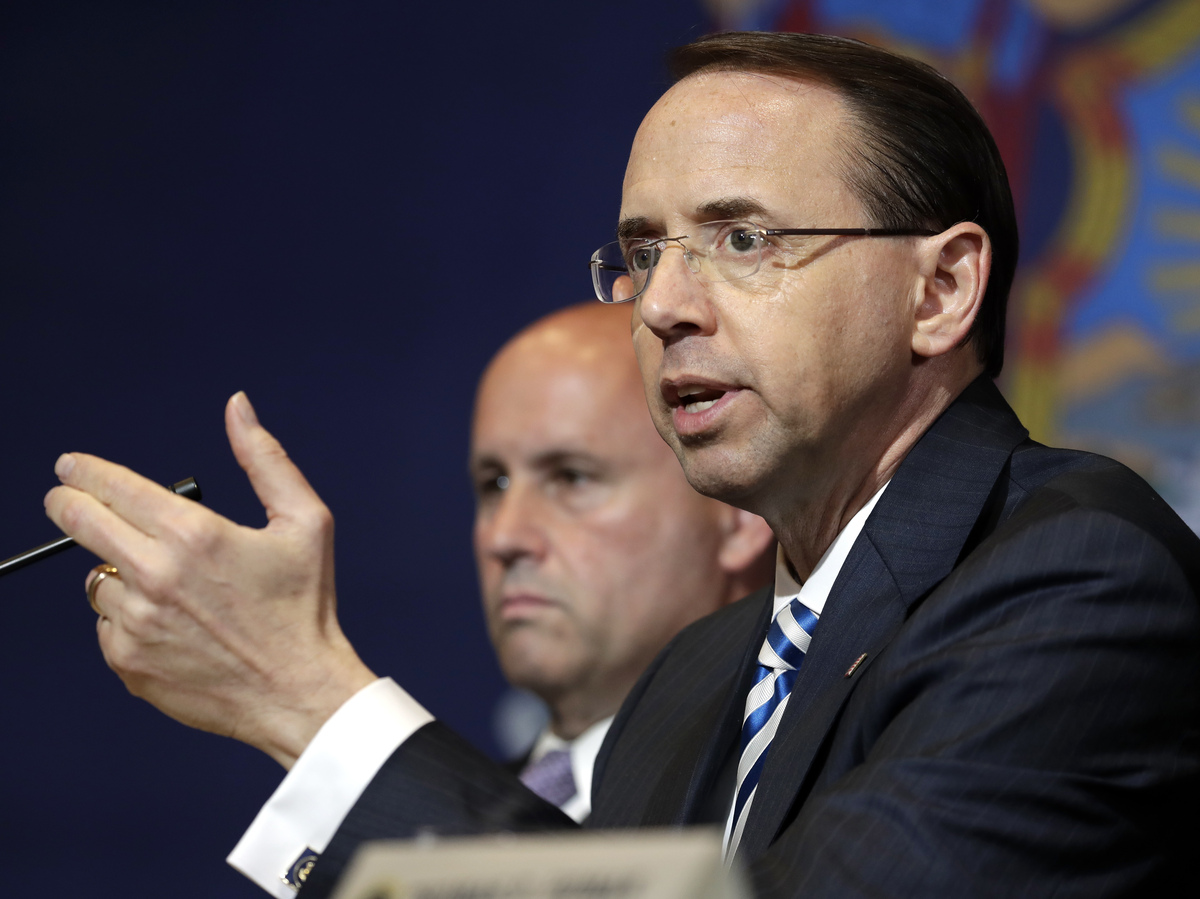 Deputy Attorney General Rod Rosenstein speaks during a roundtable on immigration policy at Morrelly Homeland Security Center on May 23 in Bethpage, N.Y.

The White House said Thursday it doesn’t see a problem with Chief of Staff John Kelly attending a briefing at which intelligence and law enforcement leaders brief members of Congress on secret information about the Russia probe.

I “don’t see what the issue is,” one official told NPR.

Kelly and the White House have been brokering the conversations since President Trump said on Twitter over the weekend that he wanted to learn more about the FBI’s use of confidential informants to interview campaign aides in 2016.

Press secretary Sarah Sanders had said earlier that no one from the White House would attend the resulting conferences, but those arrangements have changed after the back-and-forth up and down Pennsylvania Avenue.

Critics charge that Trump has violated the longstanding independence of the Justice Department to pursue investigations without political interference and call it inappropriate for an administration official to be a party to briefing about an investigation that bears so heavily on the president and his aides.

“The White House’s plan to provide a separate briefing for their political allies demonstrates that their interest is not in informing Congress, but in undermining an ongoing criminal investigation,” said Virginia Sen. Mark Warner, the ranking member of the Senate intelligence committee.

“If they insist upon carrying out this farce, the White House and its Republican allies in the House will do permanent, longstanding damage to the practice of bipartisan congressional oversight of intelligence.”

The Justice Department said it plans to give a second bipartisan briefing Thursday on classified information related to the Russia investigation after complaints from Democrats that they were being excluded from a similar Republicans-only meeting set for earlier in the day.

The briefings follow Trump’s angry denunciations about the FBI’s use of a secret informant to determine whether aides from the Trump campaign were meeting with Russian officials.

Ryan Lucas contributed to this report.