West Ham manager David Moyes has called for his side to show consistency in the final two games of the season, following their 2-0 win against Leicester, which ended any fears of relegation.

Marko Arnautovic starred for the Hammers throughout, setting up Joao Mario’s opener in the first half, before a stunning volley from club captain Mark Noble sealed all three points in a game they controlled from the offset.

Ending a run of two consecutive 4-1 defeats to Arsenal and Manchester City, Moyes now hopes his side can take their level of performance from the King Power Stadium into their remaining games, both of which are at the London Stadium. 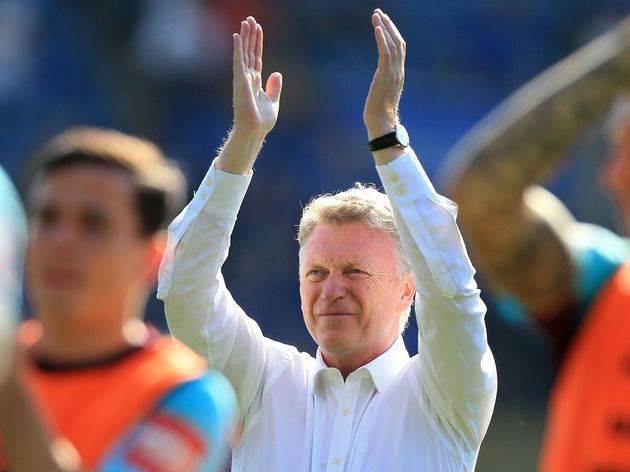 Speaking post-match to Sky Sports, Moyes said: “Winning always feels good and we’ve needed to win a couple of games so the boys did a really good job today getting that result.

“We’ve just played Chelsea, Arsenal and Man City in a row which is never easy and we conceded some goals so to get a clean sheet and three points today is really good.

“I think these players are capable of winning games like this and winning other games. What they’ve got to do is do it across a consistent basis.”

The result for Moyes’ side sees them remain in 15th place, although their points total of 38 points now means they are safe ahead of next season, with the Scot now beginning to look up the table ahead of their final two games of the campaign, both of which are against former clubs in Manchester United and Everton.

He continued, stating: “It’s not done completely yet but you’d have to say it would take a lot for the other teams to get us.

“I’m actually now thinking how many points can we get and where can we finish in the league table. I’m thinking can we get closer to the middle part of the table… We’ll try and win more points in the home games to come.”