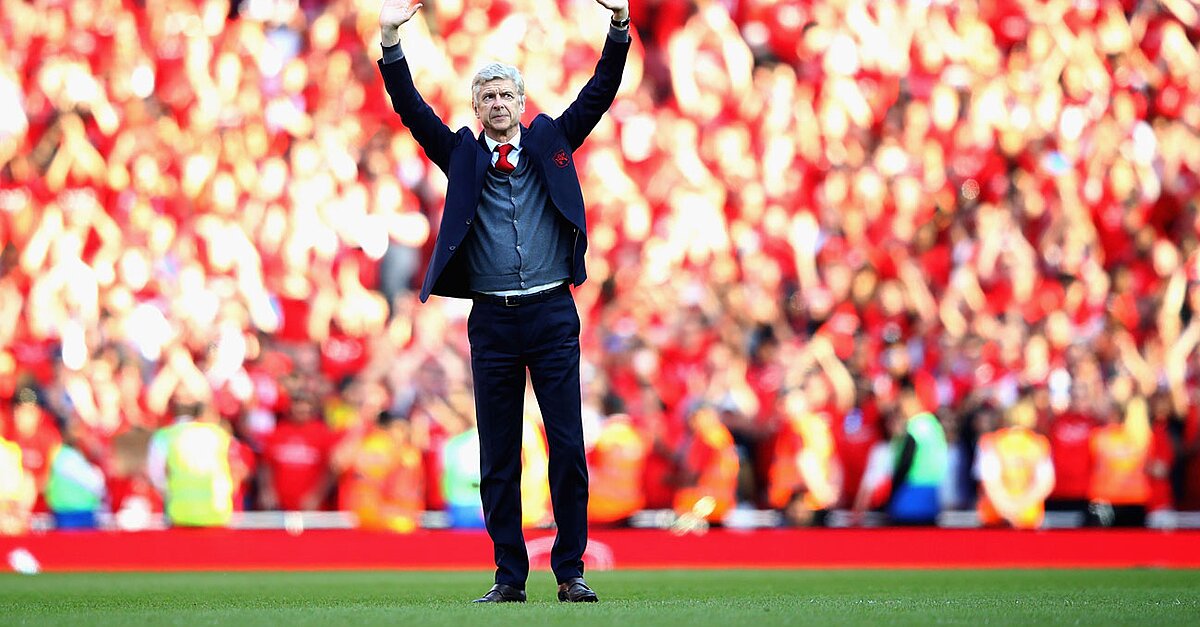 Arsene Wenger is no longer faced with the question of whether it’s time to leave Arsenal. Instead, the departing manager has a new query consuming him: where will he go next?

After 22 years, Wenger is departing the Gunners, allowing the club to usher in a new era. The club gave him a rousing sendoff on Sunday, beating Burnley 5-0 before a postgame ceremony in which he was honored. Wenger has been adamant that he’s not retiring, though, and claims to have multiple job offers from which to choose. So what should his next destination be? And with Wenger’s ‘Invincible’ season being among the top bullet points on his resume, why is Barcelona’s undefeated run in Spain not being nearly as celebrated?

We discussed Wenger, his future and the two undefeated runs on the latest episode of the Planet Fútbol Podcast, which also touches on El Clasico, the surprise guest nations at Copa America 2019, Rocco Commisso’s $500 million offer to U.S. Soccer and more.

You can listen to the full episode in the podcast console below and subscribe to and download the podcast on iTunes here. The Wenger discussion begins at the 10:05 mark:

GRANT WAHL: Barcelona maintains its possibility–likelihood at this point–of going the entire La Liga season undefeated, which is not getting nearly as much attention as it should be.

BRIAN STRAUS: I agree with you.

BS: People don’t give enough credit to the depth of La Liga just because a lot of these teams in the middle–after Manchester United lost to Sevilla and people were sort of ripping on Sevilla as this mediocre, below-average team. Well, yeah, Sevilla doesn’t have the branding that the teams in England do, but this is a really strong league with a lot of really good clubs, and there’s a lot of depth. To go unbeaten in it is so impressive. But of course, around the axis of Barcelona and Real Madrid, so much of it is about do you outdo the other? So while Madrid is 90 minutes away from its third consecutive European title, it’s going to take some of the luster off Barcelona’s domestic double. It’s unfortunate, but that’s the way it is.

GW: The other thing that came up around this game was the guard of honor stuff.

BS: This was the best thing of this weekend’s Clasico, the guard of honor. … There was this massive pissing contest in Spain this week about whether Madrid would give a guard of honor to Barcelona for being the La Liga champions, and it just became this ludicrous, junior high homeroom kind of debate. … It was so petty and stupid and I love the fact that it became a topic of conversation.

GW: Speaking of guards of honor, Arsene Wenger got one at his final home game, Arsenal beating Burnley over the weekend, and all these Arsenal fans at the Emirates bathing him in adulation when 90 percent of those people two weeks ago were hiring planes to fly “Wenger Out” banners overhead?

GW: Do you think Wenger was actually thinking about this when he was getting the standing ovation? I kind of feel bad because this makes me sound so cynical, it was kind of a cool moment.

BS: It was a cool moment. When they had their Invincible season they were given a gold Premier League trophy instead of the standard silver trophy and I guess they gave it to him … Giving Wenger the gold Premier League trophy that they won for their unbeaten season, which is symbolic and appropriate because he’s been living off that season now for 15 years, so only fair that they give him the memento–well, I guess they made the Champions League final a couple years later–but essentially representing the achievement that kept him employed probably far past his sell-by date at the club.

GW: Why is it that Arsenal’s undefeated league season is celebrated so much more than the one Barcelona is having right now?

BS: I don’t know other than the fact that we’ve all heard of Everton and West Ham and the second-tier teams in England, and people don’t necessarily really know what’s going on at Real Sociedad or Celta Vigo or Athletic Bilbao. It has to be perception and branding and marketing. And maybe in Spanish-speaking countries and in Spain it will be. Otherwise I don’t know what the answer is.

GW: They’re not going to make a gold La Liga trophy for Barcelona if they go undefeated, but they did for Arsenal apparently. In terms of Arsenal and Wenger, what do you see him doing next? He’s been very clear about saying ‘this was not my timetable to leave this season, I want to go somewhere and still work.’ And here’s Arsene Wenger, who has always had so much control, which has been part of the problem at Arsenal for so long. He wasn’t just the first-team head coach, he was also controlling transfers and other big-picture stuff. Too much stuff. So where can he go that won’t be too much of a step down that will also give him the kind of control that he’s used to? I wouldn’t think you’d want to give Arsene Wenger just a little bit of control, because that’s a recipe for problems, right?

GW: I don’t know if I can see a top-level European club being willing to do that, so it makes me wonder if he would be better off as like a director of football for PSG, or Monaco, or the French federation or something like that.

BS: Maybe he goes home. He’s in his late 60s. It’ll be interesting. But I agree that he’s going to take a step down, so to speak, to a club that has a little bit lower of a profile. But those clubs would love to have him. If you’re the Vancouver Whitecaps, you’d love to have Arsene Wenger. If you’re a team in France or a team in Germany or wherever. Maybe he wants to stay in England. Maybe he coaches Accrington Stanley.

GW: People forget though that he took risks and went to not your typical places earlier in his career before he came to Arsenal. He was in Japan for a while.

BS: Hiring an American from the French second division!