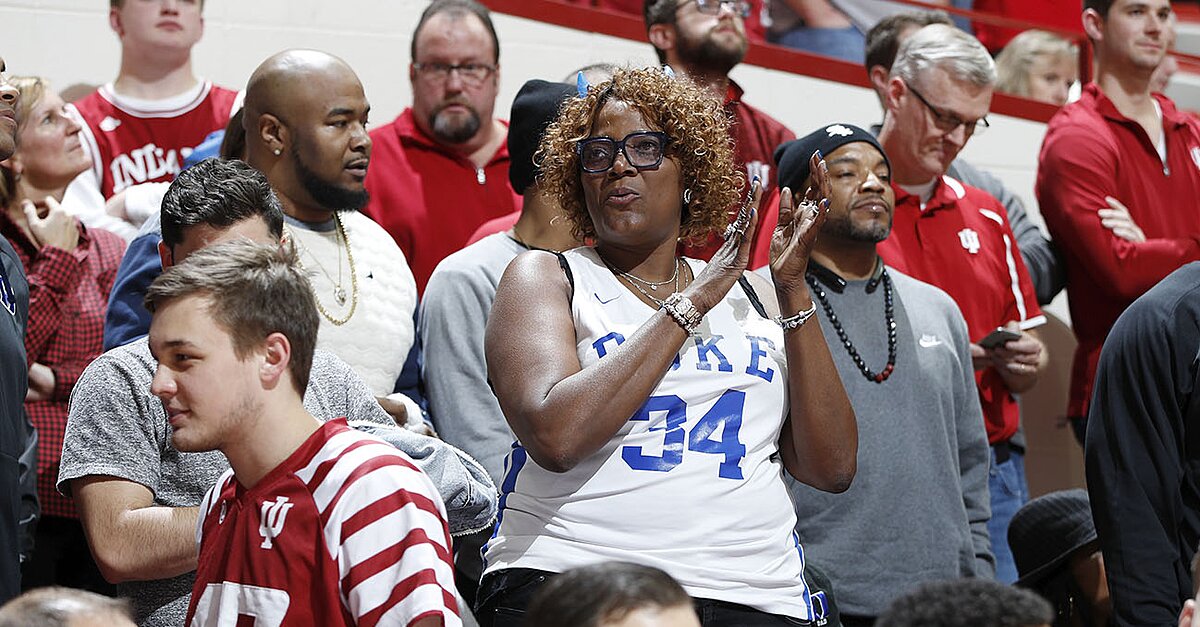 Kylia Carter had a lot to say about the NCAA’s model for compensation and what other systems it reminds her of.

Kylia Carter, the mother of former Duke star Wendell Carter Jr., shared her opinions on the NCAA’s system for compensation and explained how the people in charge making money while those who perform physical labor are not rewarded is similar in model to slavery and the prison system on Monday at the Knight Commission on Intercollegiate Athletics, according to Steve Berkowitz of USA Today Sports.

Kylia Carter, who also played basketball at Ole Miss, spoke on a panel that included ESPN analyst Jay Bilas and St. Joe’s coach Phil Martelli and drew from her experience as a player who was recruited to a Division I program in addition to what she sees going on currently, according to USA Today Sports.

“The problem that I see is not with the student-athletes, it’s not with the coaches or the institutions of higher learning but it’s with the system … where the laborers are the only people that are not being compensated for the work that they do while those in charge receive mighty compensations,” Carter said according to USA Today Sports. “The only two systems where I’ve known that to be in place are slavery and the prison system. And now I see the NCAA as overseers of a system that is identical to that. So it’s difficult for me to sit here and not say that there is a problem that is sickening.”

According to USA Today Sports, Carter added that she thinks players should be required to go to school for at least two years so they could have a chance to earn a certificate related to athletics “so that they are aware and educated on the business of the sport.”

“I think the covers should be pulled back so everyone can see the truth and be aware of what’s really happening to the student-athlete and their families because once these students are recruited to these institutions of higher learning … at the end of the day, the talent is being purchased, but the talented are not receiving any of the benefit,” Carter said according to USA Today Sports. “The colleges are only recruiting the talented kids for their talent. They’re not recruiting them because they will excel academically at their institution. So [what] is the benefit of them going to that institution?”

Carter also discussed the recommendations for reform from the Commission on College Basketball that was chaired by former U.S. Secretary of State and Stanford provost Condoleezza Rice and how the commission’s decision to not address the compensation model means their attempts at reform would not actually create change in the system, according to USA Today Sports.

“You want to reform things, but reform it in a way that allows you to continue doing what you’re doing,” Carter told to USA Today Sports in an interview after the panel. “That’s not reform, and that’s what this feels like. That’s why I went in and said that—you just want to keep what you’re doing and make it legal and make us be OK with it.”