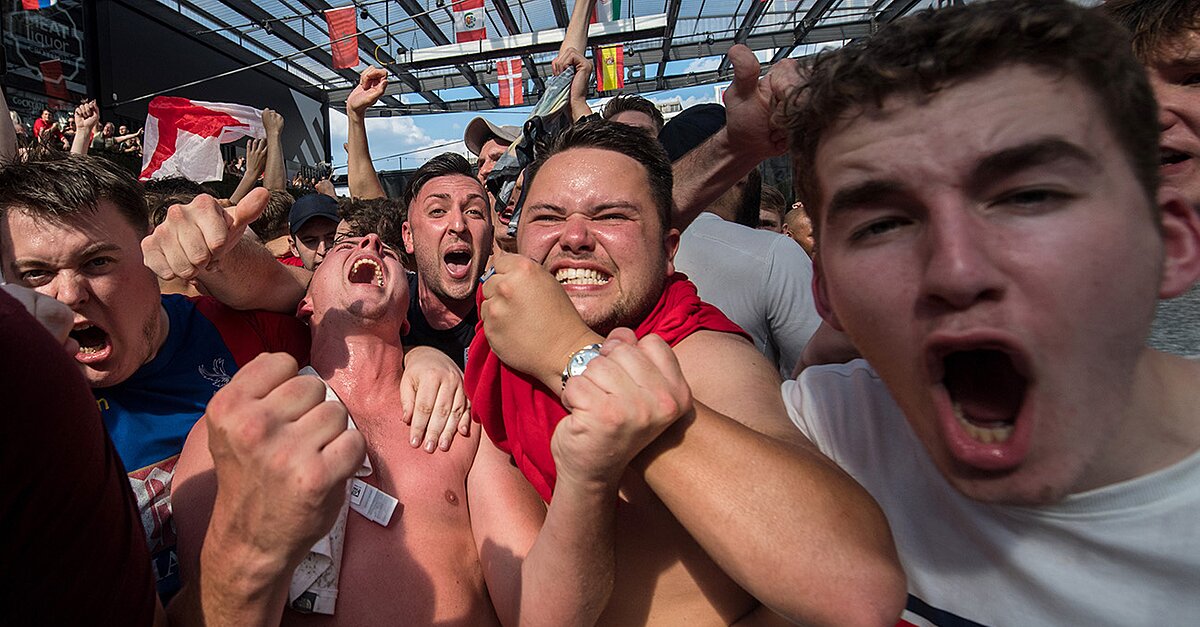 Fans weren’t taking any chances on missing the biggest match their country has played in the World Cup in a long time. And their support paid off — The Three Lions are through to the semifinals for the first time since 1990.

While the atmosphere in Russia was strong for the English, it was even more so across the country.

Fans found ways to watch the game at summer weddings.

They didn’t leave their homes — or pubs if we’re being more realistic — and helped save the enviroment with limited emissions.

And they clearly enjoyed what they were seeing at the watch parties.

England is one step closer to bringing football home.

Alex Ovechkin’s father wasn’t in the United States when he won the Stanley Cup with the Capitals just about a month ago. So the two finally shared a moment in Russia on Saturday.

Ovechkin is in Moscow sharing the trophy with Russian fans and stopped by a World Cup fan zone to chants of his name. The line to see the star stretched on and on, according to Washington Post reporter Isabelle Khurshudyan.

Fun fact: Alexis Olympia Ohanian Jr. is more Instafamous than you will likely ever be. Serena Williams’ daughter has quite the Instagram following — and she’s less than a year old. The tennis great said she didn’t think twice about sharing photos with the world, according to USA Today.

“For me, it was so natural,” she added. “She’s so fun. I just want to share those moments with everyone. We don’t share a lot on her page, but we do share enough. It’s just so cool.”

Williams’ latest upload is of her daughter at Wimbledon where mom is looking for her eighth title.

With England’s win over Sweden, David Beckham doesn’t need to take a trip to Ikea with Zlatan Ibrahimovic. … The women’s side at Wimbledon is in total choas with only one of the women’s top-10 seeds remaining after World No. 1 Simona Halep lost Saturday. … Belgium goalkeeper Thibaut Courtois came up clutch with an incredible save in the quarterfinals on Friday to keep his team’s run going. … Cristiano Ronaldo already rules Instagram as one of the top followed athletes, but he could be taking over Facebook soon. … One Wrigley Field worker had trouble recognizing a star player on the visting team team.

Tensions have thawed and Rays outfielder Carlos Gomez apologized to water coolers everywhere after he took his anger out at two on the Fourth of July.

If the two aren’t cool after this, there’s no hope for reconciliation.

LeBron James is thriving. He’s in Italy after signing a four-year, $154 million deal with the Lakers. From dancing to “I Will Survive” to posting contemplative pics in beautiful locales, the star doesn’t appear bothered by all the free agency drama happening back in the states.

Click here for previous editions of Hot Clicks. Visit our Extra Mustard Pagethroughout each day for more offbeat sports stories. Also check out the SwimDaily Page for the latest updates and Instagram pictures of models who have appeared in our issues.