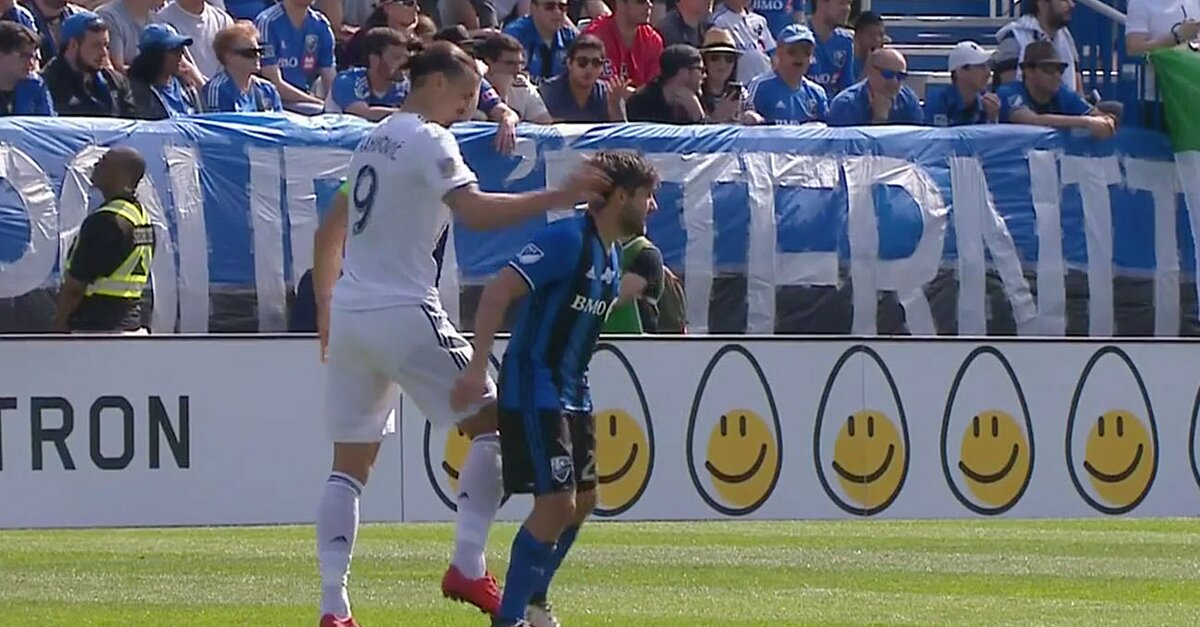 With the LA Galaxy riding a four-game losing streak into Monday’s matinee matchup against the Montreal Impact, the club figured to look to Zlatan Ibrahimovic to provide a smack upside the collective head that would produce a spark. Just not that kind.

Ibrahimovic was sent off at the end of the first half for petulantly slapping Michael Petrasso, who had appeared to incidentally stomp on the Swedish striker’s foot. The incident wasn’t caught initially, but referee Ismail Elfath was assisted by VAR, which showed the evidence necessary to give Ibrahimovic his marching orders.

Ibrahimovic and the Galaxy have undoubtedly been frustrated by their recent skid, which has seen the club tumble to ninth in the Western Conference. Since scoring in two of his first three appearances, Ibrahimovic hasn’t scored in any of his last four–which coincides with the four Galaxy losses. He does have three assists in that time, though.

The red card will rule Ibrahimovic out of the Galaxy’s California Clasico against the San Jose Earthquakes this weekend–and pending a ruling from the MLS Disciplinary Committee, it could keep him out for even longer.