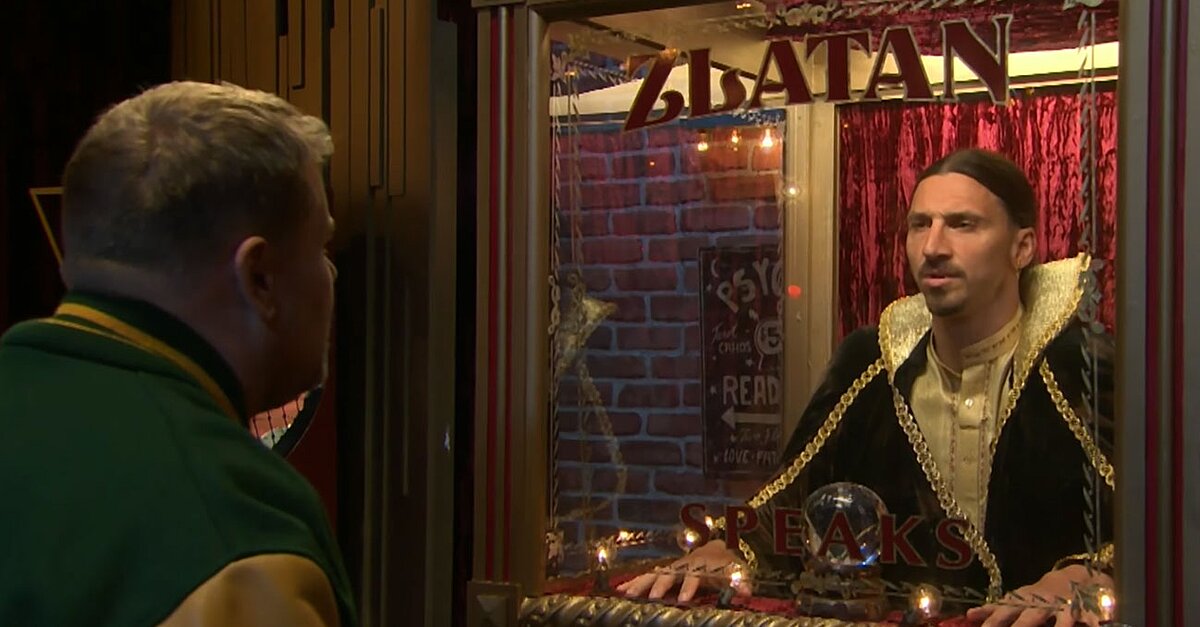 The LA Galaxy star, who has also appeared on Jimmy Kimmel Live since coming to the USA, played the role of the Zoltar Speaks fortune teller machine, toying with Corden and cracking jokes at the host’s expense–while also sticking it to his wallet.

Back in the studio, Ibrahimovic also drew some laughs when discussing a statue of him being built in Sweden. Corden asked what he would do if it turned out like the infamous Cristiano Ronaldo bust in Portugal, to which Ibrahimovic replied: “I would say listen, I’m honored for the statue, but you don’t have your work. You’re fired.”

Ibrahimovic has been prolific on the entertainment circuit, but his club has been lacking since his sensational debut. The Galaxy are 1-4-0 since coming back from 3-0 down to defeat LAFC, failing to win in any match in which Ibrahimovic hasn’t scored since his signing. Zlatan has three goals and three assists in his six appearances in MLS.