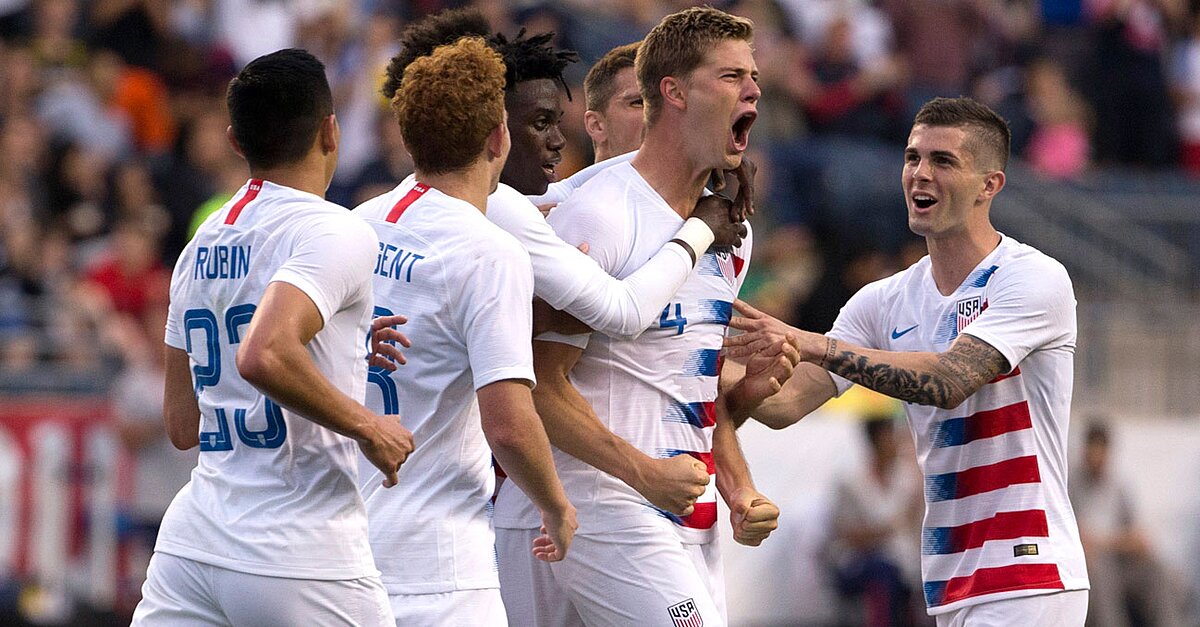 The U.S. men’s national team’s kids earned the chance to play on Monday in Pennsylvania, and they delivered.

Josh Sargent and Tim Weah scored their first U.S. goals after center back Walker Zimmerman opened the scoring, and the Americans rolled to a 3-0 win over Bolivia in a friendly at the Philadelphia Union’s Talen Energy Stadium.

Interim coach Dave Sarachan had taken a more conservative approach in his few matches as manager, but he unleashed the youth for the Memorial Day exhibition. Christian Pulisic–who scored his first career USA goal against Bolivia two years ago to the day–made his return to the U.S. lineup for the first time since the fateful night that sealed the USA’s failed World Cup qualifying campaign, and he was joined by a few other teenagers, too.

Weah (18), Sargent (18) and Weston McKennie (19) were all in a new-look XI, as were first-cap-earners Alex Bono, Erik Palmer-Brown and Antonee Robinson, as the USA continued to turn the page ahead of a new four-month cycle. In all, six players earned their first caps on the night.

The U.S. got its breakthrough in the 37th minute off another corner. Joe Corona sent in the outswinger, and Zimmerman headed it home, with the LAFC center back scoring his first international goal to give the USA a 1-0 lead.

Sargent started the second half with a goal that would make Karim Benzema applaud. Just like the Real Madrid forward blocked a Loris Karius clearance into the net in the Champions League final, so too did Sargent win the ball off a poor clearance. Sargent had more work to do than Benzema, flicking the ball over his head before controlling and firing a deflected effort by Carlos Lampe to make it 2-0 in the 52nd minute. The goal made Sargent the fourth youngest U.S. player to ever score for the senior national team and the second youngest to ever score on his senior debut (Juan Agudelo still holds that title).

He was then bumped down one of those lists by one spot seven minutes later. Weah, two days younger than Sargent, followed with a goal of his own minutes later on his second cap. Robinson did the heavy lifting on the left channel, beating his defender and sending in a left-footed cross, and Weah was there to volley it home off the bounce to make it 3-0 in his last act before coming off.

The match devolved into a series of substitutions for the U.S. from that point on. Benfica midfielder Keaton Parks was handed his debut, coming on with Andrija Novakovich and Green for Weah, Sargent and Corona at the hour mark. Fifteen minutes later, Man United right back Matthew Olosunde became the sixth U.S. player on the night to make his U.S. debut, coming on with Lynden Gooch to replace Rubin and Eric Lichaj.

Here were the rosters for both sides: