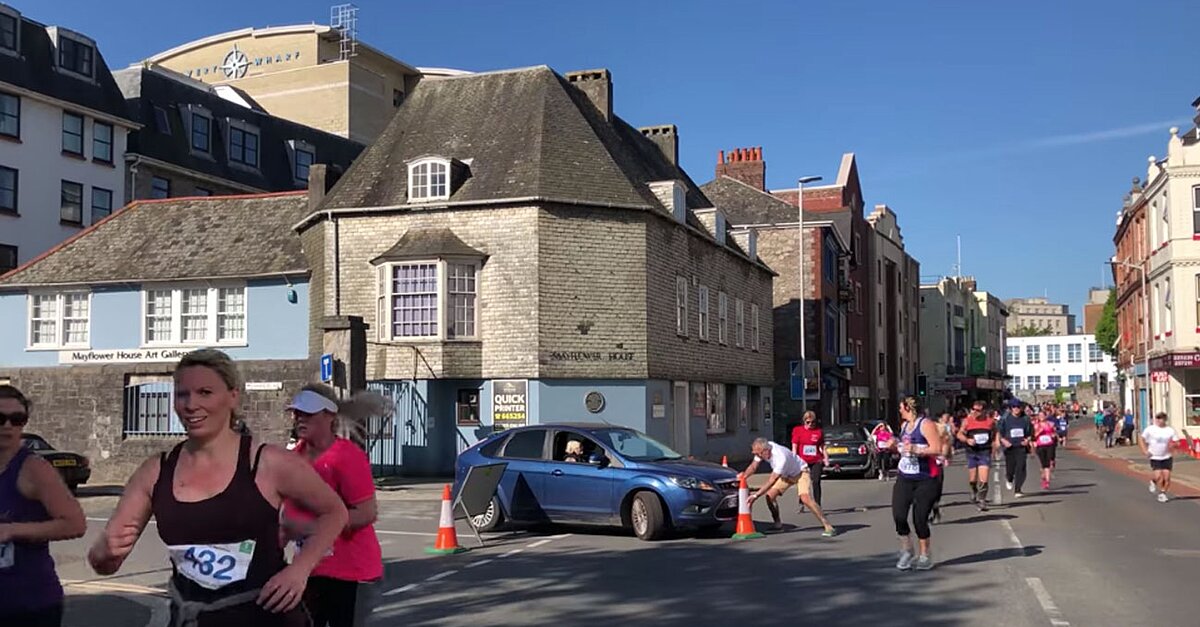 This woman had no regard for the safety of the runners.

A woman in the U.K. decided to drive her car into the path of runners during the Plymouth Half Marathon over the weekend because she was angry about the road closures caused by the race.

In a video shared online, the woman claims that she was not given notice about the road closures and is disabled. She needed to pick someone up to attend a workshop so she slowly started moving her car onto the race course with no care for the traffic cones that were in front of her. One bystander attempted to stop her from driving the car onto the course.

Runners passed by and told her not to be stupid about driving onto the course and possibly hurting someone. She responded with “I went very, very slowly.”

A highway official appears to dish it to her bluntly and says that she knew the road was going to be closed. She says, “What was I supposed to do? When was I supposed to be out by? 6 o’clock in the morning?” The answer is yes. These races don’t appear out of nowhere. I’m sure there were signs for the race and road closures everywhere.

Watch the video below:

This was just despicable behavior with no regard for the safety of others.