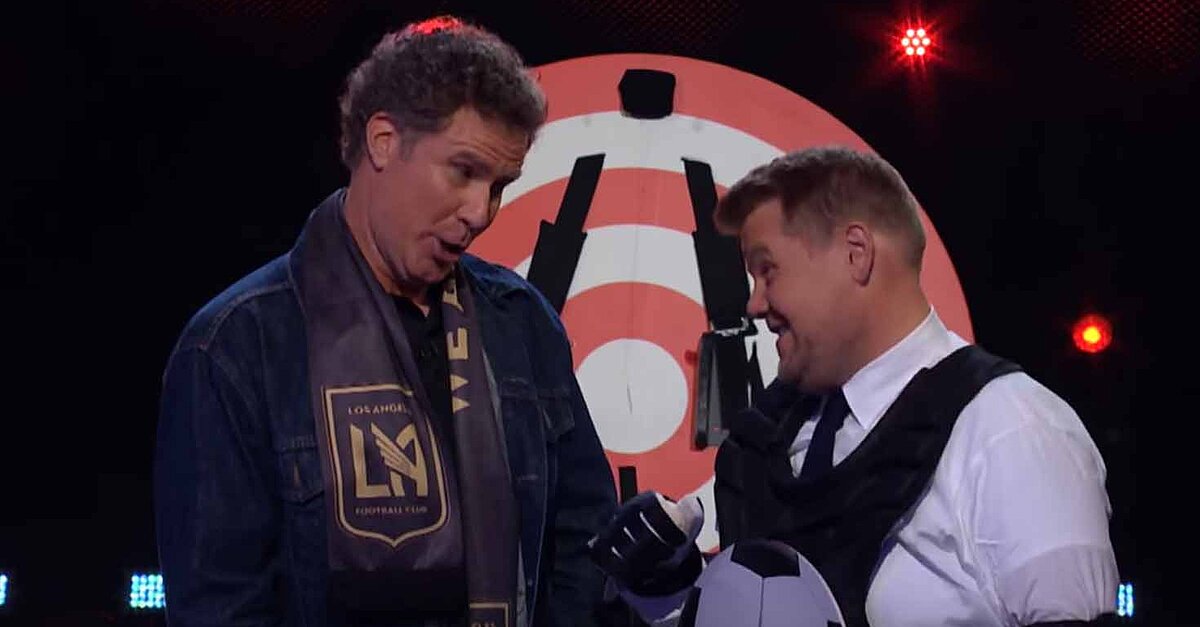 Will Ferrell, part club owner of LAFC, drills Corden to start the game.

Will Ferrell and Los Angeles FC players appeared on the “Late Late Show with James Corden” on Wednesday and had a little fun using the show’s host as target practice.

Corden was strapped to a spinning target with three holes for Ferrell to try to kick the ball through.

“I’m pretty good…as long as I don’t have to run too much,” Ferrell joked when Corden asked him if he’s a good soccer player.

Ferrell, who is a co-owner of the team, kicked the game off by hitting Corden in a less-than-ideal spot. Corden was a good sport and laughed about it as the audience clapped for Ferrell’s kick.

When Ferrell was talking with Corden and actress Eva Longoria earlier in the show, he joked that his biggest role in the ownership group is to clean the stadium bathrooms. Magic Johnson, Mia Hamm and Nomar Garciaparra are also members of the team’s ownership group.