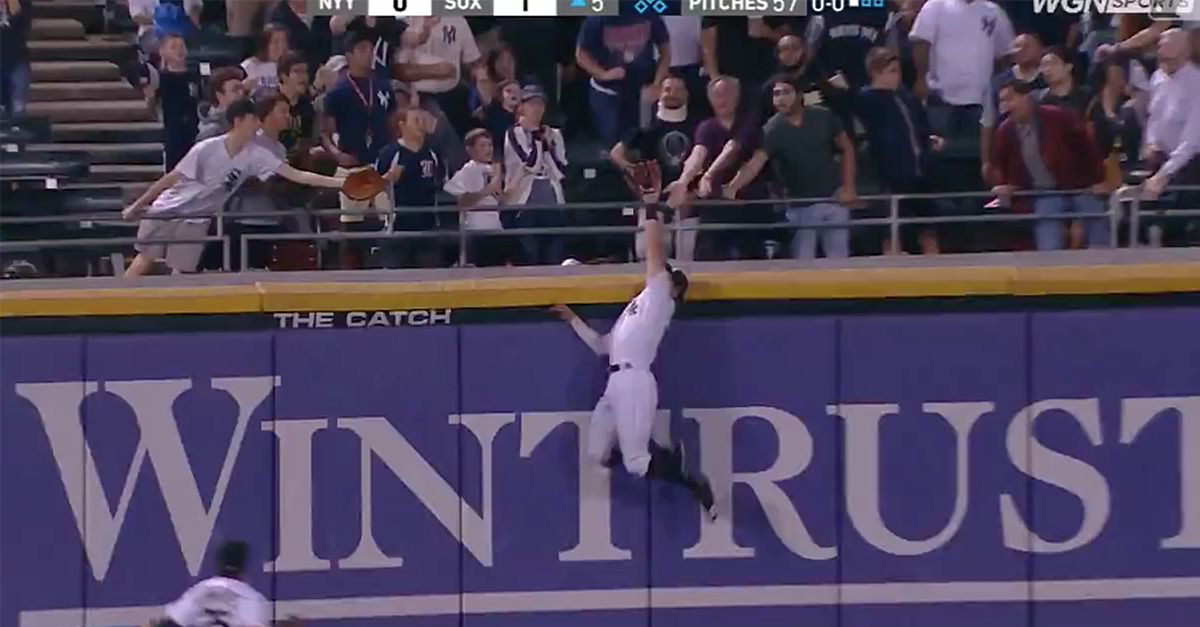 White Sox centerfielder Adam Engel robbed the Yankees of a home run with an incredible grab for the second night in a row on Tuesday.

There may be no angels in the outfield, but there sure is Adam Engel.

The White Sox centerfielder robbed the Yankees of a home run for the second night in a row with an incredible catch on Tuesday.

In Tuesday’s game, Engel grabbed the would-be-homer off catcher Kyle Higashioka in the fifth inning.

On Monday, Engel robbed Greg Bird of a three-run homer in the fourth inning. While Monday’s catch didn’t help the White Sox win —the Yankees came out with a 7–0 victory — Tuesday’s grab helped preserve a 1–0 lead for the Sox.