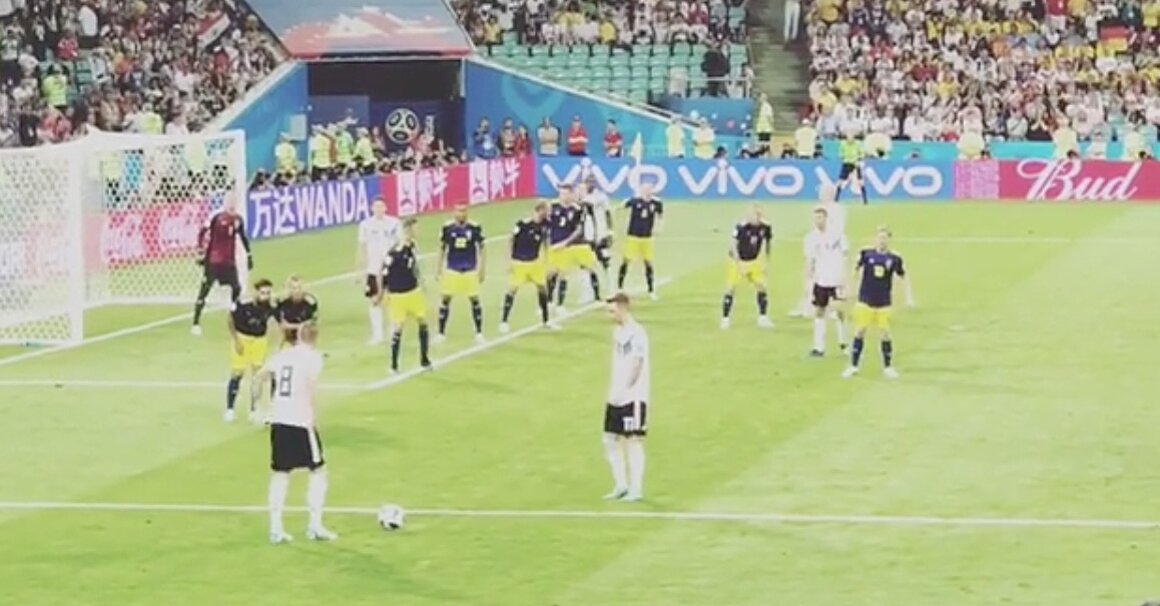 Germany beat Sweden 2–1 in the final seconds of stoppage time in its World Cup matchup with an incredible free-kick goal from Toni Kroos. As you can imagine, Germany’s fans went nuts in Fisht Stadium.

Kroos atoned for an earlier error and became the match’s hero when he scored off a designed play with just about 30 seconds to play. It came after a foul just to the left of the Sweden box. Kroos stepped to the ball, tapping it to Marco Reus, who settled it for Kroos to take aim on goal. He fired a tight-angled missile inside the far post to spark celebrations on the German sideline and give the defending champions a 2-1 win.

Germany’s fans erupted into loud cheers when Kroos saved his team from a draw. Fans were yelling around the stadium and jumping up and down. Many people pulled out their phones to take photos and videos of the incredible moment. Kroos and his teammates were seen huddling on the side of the field, celebrating their last-minute victory.

With the win, Germany is on much safer ground to move forward to the knockout stage, as it sits even with Sweden on three points, with both three points behind first-place Mexico. Germany faces South Korea in its final match, while Sweden plays Mexico.