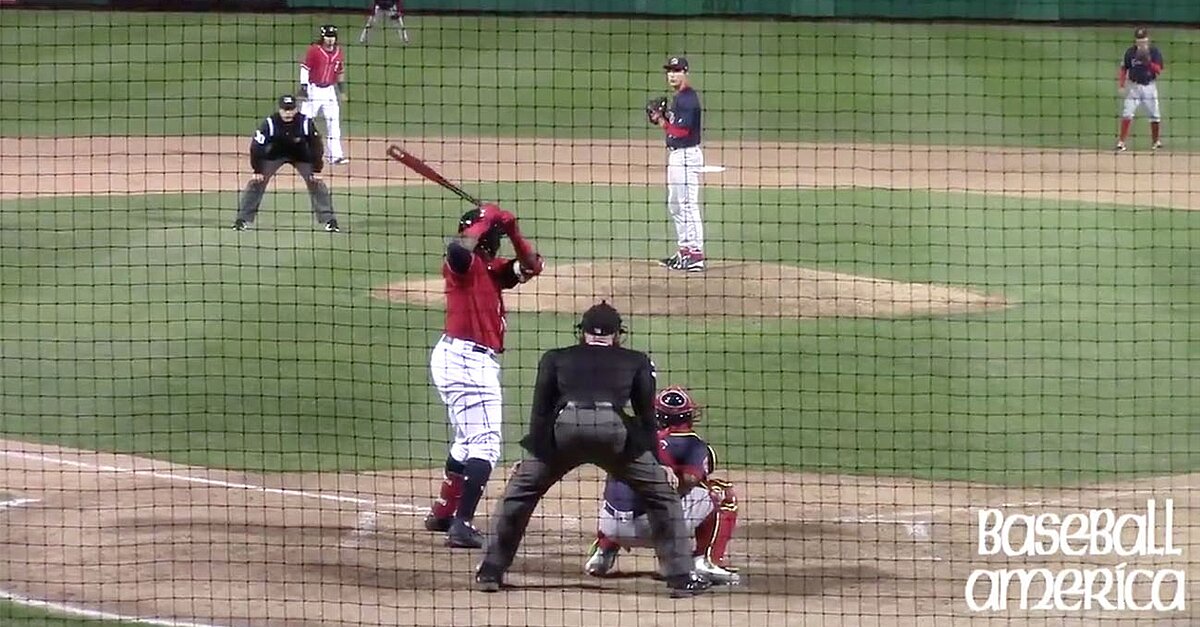 Vladimir Guerrero Jr. is going to be entertaining when he gets called up to the majors.

The Blue Jays prospect had the best moment of the preseason when he hit a home run in Montreal—the city his dad used to play in—while wearing his dad’s No. 27.

On Monday, he came back with another home run highlight, except this one is not about any sort of sentimental importance, it was simply just a bomb sent into left field.

The 19-year-old has more extra-base hits (14) than strikeouts (12) so far in Double A and this blast that goes all the way to a hotel behind the park shows exactly why he has been dominating so far.