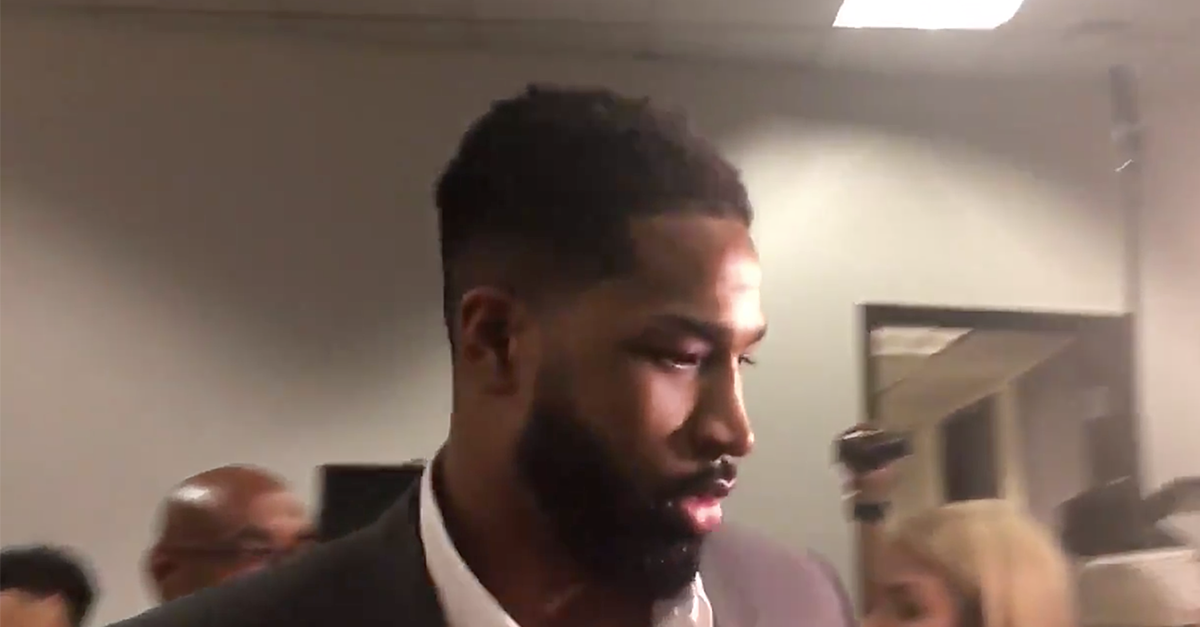 Cavaliers center Tristan Thompson walked out of his postgame media availability following the team’s 122–103 loss to the Warriors in Game 2 of the NBA Finals.

Thompson left after being asked if he feels helpless guarding Klay Thompson, and he responded by saying, “That’s f—– up.”

Before walking off, he said, “next question,” but still walked away.

The center also said he was “over the referee s—.” He followed that by saying, “if you don’t play hard, you never give yourself a chance to win.” The question came amid Internet uproar that refs were making wrong calls and siding with the Warriors, especially after one play where LeBron James was tripped.

The Cavs host the Warriors in Game 3 on Wednesday at 9 p.m. ET.