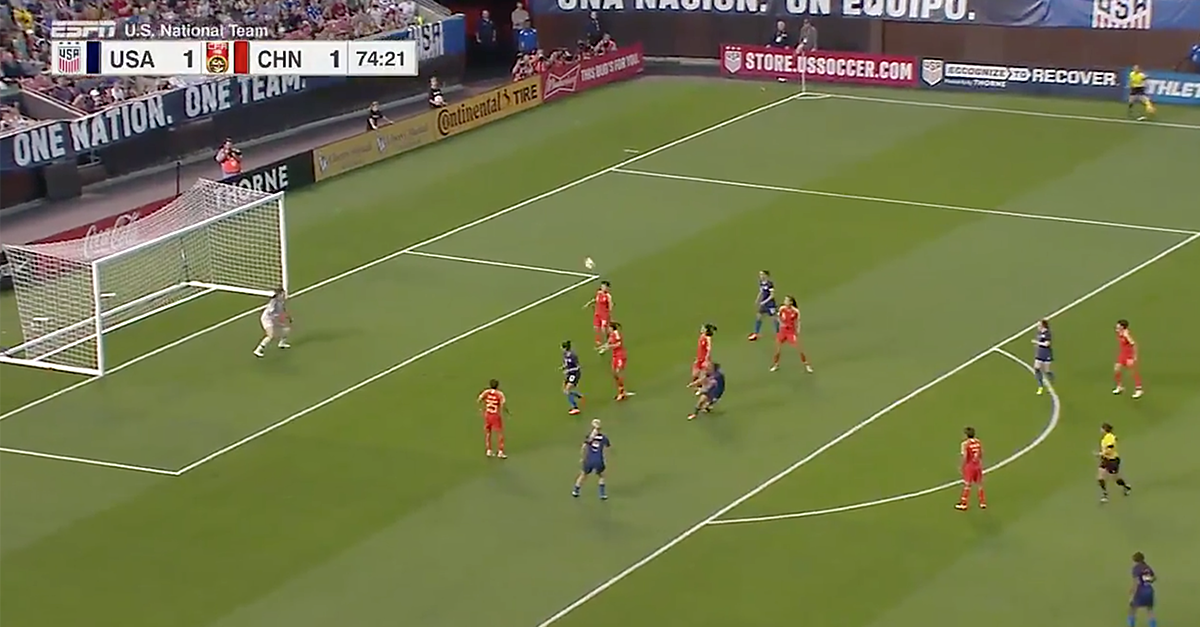 In a rematch against China, the US Women’s National Team won 2–1 in Cleveland.

In a rematch against China, the US Women’s National Team won 2–1 in Cleveland.

Megan Rapinoe scored off a header in the 35th minute. The kick was placed in perfect position off a cross from Christen Press, and then Rapinoe kicked it down and back across the line. Rapinoe left the game ahead of the 60-minute mark.

Earlier in the first half, Julie Ertz scored off a rebound from Alex Morgan’s shot, but she was ruled offside.

China took advantage of a 2–on–1 situation, with Li Yang scoring in the 72nd minute to tie the game at 1–1 after a U.S. miscommunication.

Then minutes later, American goalkeeper Ashlyn Harris had a good save to avoid giving China the lead off a free kick.

The United States powered back a short time later with a goal off Tobin Heath in the 75th minute to take a 2–1 lead.

Heath appeared to roll her ankle later in the game and she headed to the sidelines but she returned.

In the game last week against China, Morgan scored the lone goal to give the United States a win exactly 365 days before the start of the Women’s World Cup in 2019.

The United States is now unbeaten in their last 16 matches, and the team next faces Japan in the Tournament of Nations at the end of July.