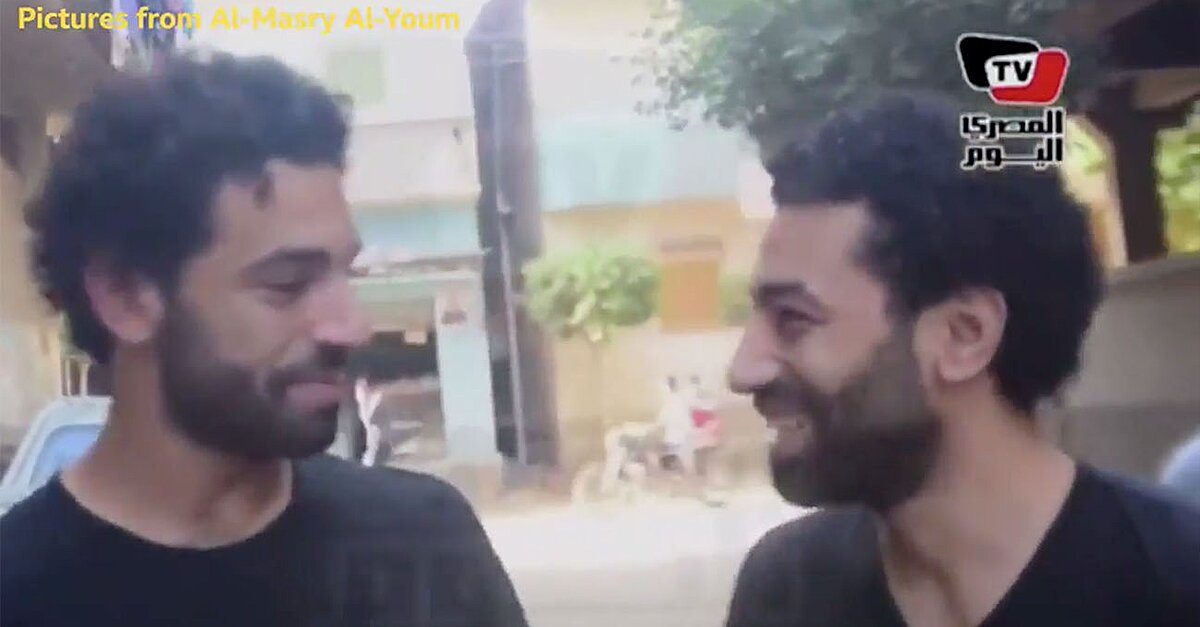 Liverpool fans ask him for photos while the actual Mo Salah is playing in a match.

It’s one think to look like a celebrity, but there are levels to being a look-alike.

This man is in the upper echelon of doppelgangers as he almost perfectly resembles Liverpool forward Mohamed Salah.

It’s only right that Ahmed Bahaa also cheers for Liverpool considering he can trick other fans into believing he’s the Premier League’s leading goal scorer.

How many restaurants have opened up a seat for Bahaa thinking he was Salah? How many free things has Bahaa finagled because of his resemblance to Salah? Can you blame him if he’s trying to trick his way into a free meal or some sneakers every once in a while?

Seriously, if you looked like an international star, wouldn’t you pretend you were them at least a few times just to see what it’s like?